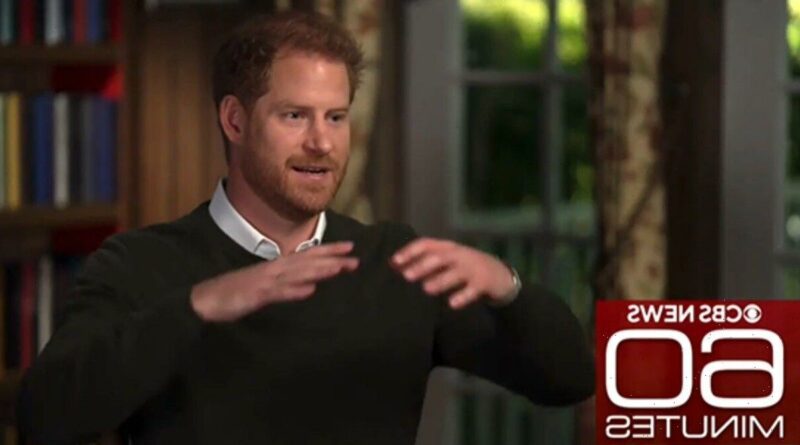 Prince Harry to appear on 60 Minutes

Prince Harry will speak to journalist Anderson Cooper on 60 Minutes, a new show on CBS, on Sunday, January 8. The programme is set to reveal even more about Harry’s life – first as a working royal and now as himself, distanced from the Royal Family.

The American show 60 Minutes shared a short promotion clip of Harry’s interview on its Instagram account this morning.

The accompanying caption read: “@andersoncooper will interview Prince Harry on 60 Minutes next Sunday, January 8, on CBS.

“It will be Prince Harry’s first U.S. television interview to discuss his upcoming memoir ‘Spare’.”

The clip shows Harry and Anderson walking along a path in a garden, as well as sitting opposite each other in a living room. It is unclear which property it is.

Body language expert Judi James spoke to Express.co.uk about Harry’s body movements and expressions throughout the clip – giving viewers an insight into what he could be thinking.

Judi said: “The job of a promo clip is to sell the programme and, like the Netflix trailers, this one seems to ramp up the drama by implication.

“Harry looks as though he’s in bean-spilling mode here again and all of the tease comes from his body language.”

Judi went on to say that three different body language states are apparent from Harry during the video.

DON’T MISS:
Woman loses 3 stone after doctor’s told her it would be ‘impossible’ [PICTURES]
3 ‘outdated’ hairstyles women 40+ should avoid as ‘they age you’ [BEAUTY]
Food storage hacks to keep bananas perfectly yellow & edible for 2wks [EXPERTS]

She continued: “Firstly, there is Harry the Prince, in full regal mode using gestures to suggest leadership and command.

“Walking with his host he has one hand in his pocket but the right hand is gesticulating as he talks.

“This trait is one politicians and world leaders use to look more powerful and more in control than the person they are with.

“If one leader walks with the other the one doing the gesticulating looks like the more dominant leader while the other is forced to listen.

“Harry has his shoulders squared here and looks to be at peak confidence.”

The second state is seen when Harry is being interviewed while sitting down.

Judi said: “Here he is using a grand, over-kill gesture, miming a huge circle with his hands.

“This is typical Harry who likes to use shape-mimes as he speaks, often circling one finger in the air or doing shapes like this one.

“It suggests a desire to explain that is slightly superior, like a guru or coach. It is an attempt to make every word or reference important and memorable.

“It would be the equivalent to writing using lots of capitals or underlining.

“The final state here is one that suggests more vulnerability. This looks like victim Harry, making himself more submissive to his host, speaking with his left palm held upwards and then the right to suggest balance but with an air of disbelief and persuasion.

“His eyes are wide and his brows raised to add to the look of disbelief and he then performs what looks like a cynical laugh with a shrug.”