Revealed: Why Prince Harry wears the SAME dark blue suit on repeat – and he’s in good company with his friend Barack Obama

While his bride-to-be causes retailers’ websites to crash when she steps out in a brand new creation, Prince Harry is rather less adventurous with his wardrobe.

The groom-to-be is certainly not short of the funds to fill his closet with an array of designer suits in different colours and fabrics, but he prefers to stick to the same dark blue suit for official engagements.

Rather than opting for something special, Harry chose his usual cut and colour for his engagement announcement with Meghan – and their official portraits.

But according to menswear blogger and stylist Lucas Armitage, Harry is in fact showing off his style credentials rather than a lack of imagination.

‘Prince Harry is demonstrating exactly what I love about modern menswear style, find a style that suits you and run with it,’ he explained.

‘The bright navy has become his uniform, and this is ultimately because it’s a style formula that works. 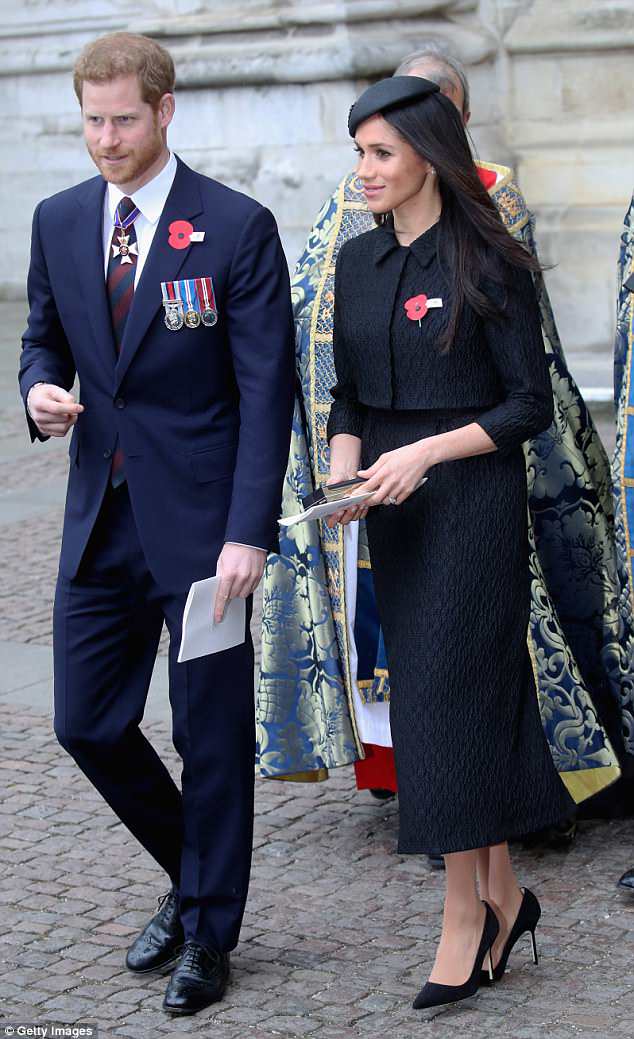 He can certainly afford a varied wardrobe, but Prince Harry – pictured attending an Anzac Day Service in April – sticks to the same dark blue suit for royal engagements 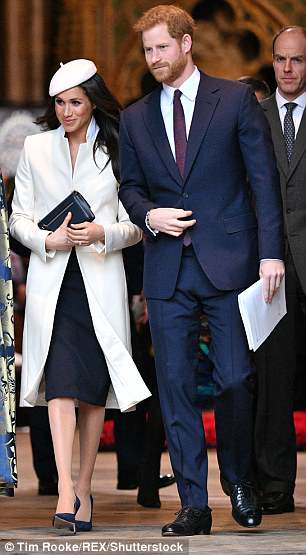 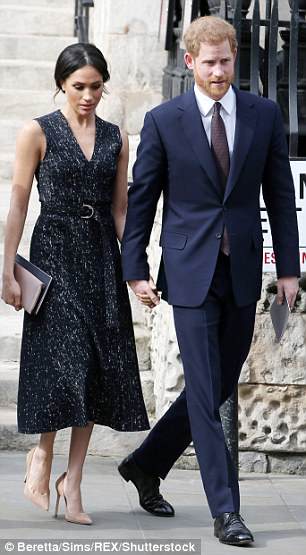 The groom-to-be sporting his favourite look at the Commonwealth Day observance service in March (left). In his trusty suit at the Stephen Lawrence Memorial in April (right)

‘Men take note – instead of having a wardrobe full of two pieces it’s advisable to spend big on an immaculately tailored suit.

‘To keep the look feeling fresh you can update with different shirts and ties.’

Prince Harry is in good company with his close pal Barack Obama, who wore the exact same tux and shoes for eight years during formal occasions – his wife Michelle revealed.

The former president himself told Vanity Fair that he had deliberately limited his day-to-day wardrobe so that he had less choice.

Long before Meghan came on the scene, Harry (left, in December 2016) was devoted to his favourite blue suit. He even chose his favourite outfit for his all-important engagement announcement (right)

‘You’ll see I wear only gray or blue suits,’ he said. ‘I’m trying to pare down decisions. I don’t want to make decisions about what I’m eating or wearing.

‘Because I have too many other decisions to make.’

Facebook boss Mark Zuckerberg also owns 20 grey t-shirts so that he doesn’t have to worry about what to wear every day. 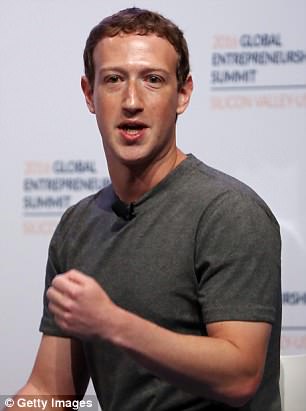 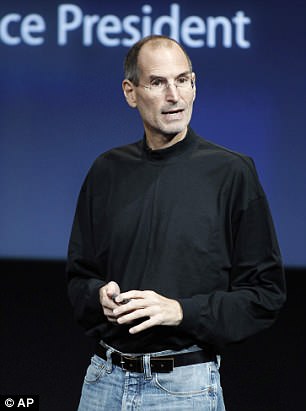 Mark Zukcerberg has admitted he has 20 grey t-shirts in his wardrobe (left). The late Steve Jobs wore the same black jumper and blue jeans every day so he didn’t have to waste time thinking about his wardrobe 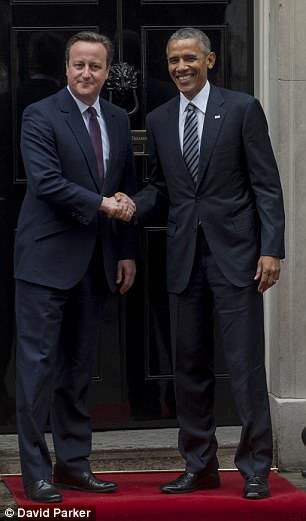 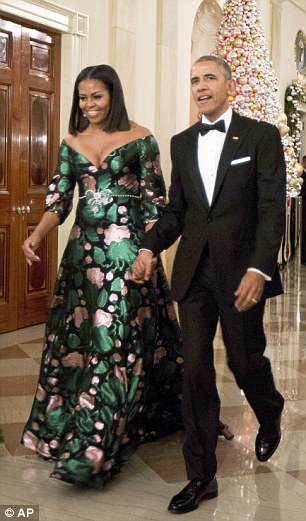 Barack Obama admitted he only wore grey or navy suits while in office, so he wasn’t troubled by too much choice. His wife Michelle later revealed that he wore the same tux and shoes to every formal occasion for 10 years, without anyone noticing