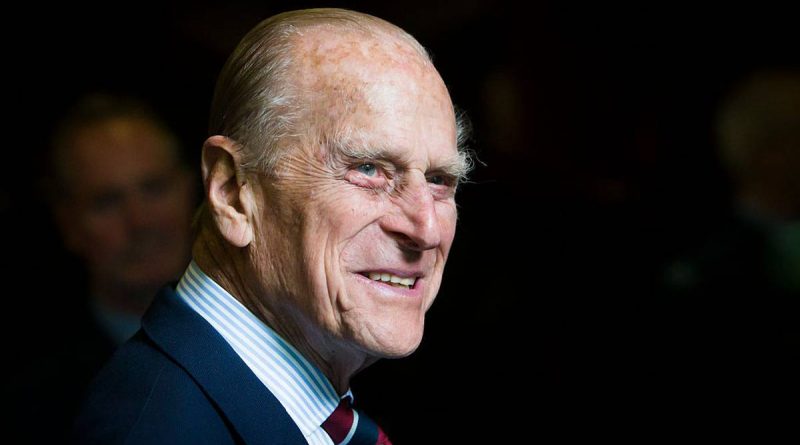 Prince Philip, whom the Queen described as her “strength and stay” during her record-breaking reign, passed away at Windsor Castle on Friday.

Buckingham Palace said in a statement: “It is with deep sorrow that Her Majesty The Queen announces the death of her beloved husband, His Royal Highness The Prince Philip, Duke of Edinburgh.

“His Royal Highness passed away peacefully this morning at Windsor Castle.”

The Royal Family join with people around the world in mourning his loss.

Prime Minister Jacinda Ardern has expressed her “sincere condolences” to the Queen and Royal family.

“Our thoughts are with Her Majesty The Queen at this profoundly sad time. On behalf of the New Zealand people and the Government, I would like to express my sincere condolences to Her Majesty and to all the Royal Family.

“Prince Philip will be fondly remembered for the encouragement he gave to so many young New Zealanders through The Duke of Edinburgh’s Hillary Award. In over 50 years of The Award in New Zealand, thousands of young people have completed life-changing challenges through the programme”.

Kiwis would also remember the Duke of Edinburgh’s “enormous support” for the Queen.
“His time as royal consort exceeded that of any other royal consort in British history. His Royal Highness accompanied The Queen on her ten visits to New Zealand, the first being in 1953, and the last in 2002.”

Ardern had directed that flags on all Government buildings and naval vessels be flown at half-mast.

The Government was awaiting details from the palace concerning the arrangements for The Duke of Edinburgh’s funeral, she said.

“Following the funeral, a national memorial service will be held in Wellington. More details will follow once arrangements have been confirmed.”

The Duke was last seen in public on March 16 as he left the private King Edward VII hospital, where he had been recuperating following heart surgery at St Bartholomew’s Hospital, a leading cardiac unit.

He had been admitted to the private King Edward VII hospital on Feb 16 for “rest and observation” after feeling unwell.

But that stay was extended and the palace later revealed he was being treated for an infection. After 13 nights, he was transferred to St Bartholomew’s for specialist cardiac treatment. Royal aides revealed that on March 3, he underwent “a successful procedure for a pre-existing heart condition”.

Prince Philip was a steadfast supporter of the Queen in public and private. At her Golden Jubilee she described him as “my main strength and stay all these years”.

He was also famous for his outspoken gaffes, which horrified and delighted followers of the Royal Family around the world. From “British women can’t cook” to “You could do with losing a little bit of weight” (to a 13-year-old would-be astronaut), it seemed he had an endless supply, which did not diminish as he grew older.

The Duke, who was plain Lieutenant Philip Mountbatten when he married the future Queen in 1947, was the longest-serving royal consort in British history.

On receiving the news that his wife had become Queen, he reportedly covered his face with the newspaper he was reading and said, “this will be such a shock”.

The story was related in a podcast this year by Lady Pamela Hicks, the Duke’s cousin and a former lady-in-waiting to the Queen, who was with Princess Elizabeth and Prince Philip when they got the news that George VI had died.

The news was already on radio stations but Elizabeth had not been told. They were staying in the tiny, remote Treetops guest house in Kenya in 1952. It was left to Philip to break the news that her father had died and that she was Queen.

“Philip just takes the newspaper and covers his face with it, hides behind it and says ‘This will be such a shock’,” said Lady Pamela, the daughter of Earl Mountbatten, who was murdered by the IRA in 1979.

The duke convinced his wife to go for a walk in the garden, where he told her of her father’s death and that she was now Queen.

Lady Pamela praised Philip’s handling of the situation, and told how Prime Minister Winston Churchill prevented the Duke, who as a foreign-born prince with no money did not have the support of the royal court, from taking on a variety of roles.

“Philip was superb because it was much worse for him – [it was the] end of his career – he would have been First Sea Lord,” she said.

“He gives up his career. He’s always going to be walking three paces behind his wife, and the whole court and aristocracy are against him.” Because Philip was born a Greek rather than a well-born Scotsman, he was at a distinct disadvantage in the royal court.

Philip was born into the Greek and Danish royal families. He was born in Greece but his family was exiled from the country when he was an infant.Despite a succession of family tragedies, he emerged capable, charming and uncomplaining, according to Philip Eade, author of Young Prince Philip: His Turbulent Early Life.

It was a childhood marked by the mental illness of his mother, who spent years in a psychiatric clinic, and the long absences of his father.

From the summer of 1932 until the spring of 1937, he neither saw nor received any word from his mother, not even a birthday card, Eade wrote. “It’s simply what happened,” the Duke told his biographer, matter-of-factly. “The family broke up. My mother was ill, my sisters were married, my father was in the south of France. I just had to get on with it. You do. One does.”

After attending schools in France, Germany and the UK, he joined the British Royal Navy in 1939, aged 18. In the same year he began writing to Princess Elizabeth who was 13 years old, having first met her five years earlier.

In 1946, Philip was photographed next to Elizabeth at a wedding but was described in the press as “a figure largely unknown to the British public”.

They tried not to be seen together and, if they were in the same party, took the precaution of not dancing with each other, Eade wrote. In order to marry Elizabeth, Philip abandoned his Greek and Danish royal titles as a member of the House of Schleswig-Holstein-Sonderburg-Glücksburg.

A sports enthusiast, he was a patron, president, or member of over 780 organisations, and served as chairman of The Duke of Edinburgh’s Award for people aged 14 to 24.

Prince Philip may be immortalised in a statue proposed for the famed fourth plinth in Trafalgar Square. It is being considered for the prime spot which has been used for a rotating selection of modern art for the last 20 years, the Telegraph reported in September, and would be commissioned after his death.

During the last few years of his life, Philip made news when two women needed hospital treatment after he was apparently dazzled by the low sun as he pulled out of a driveway on the Sandringham estate in a Landrover Freelander colliding with a Kia sedan.

Philip voluntarily gave up his licence after the incident in which the Land Rover overturned. He was not charged with an offence.

And, in November, he told his son, Prince Andrew, to “take his punishment” when it was decided to withdraw him from public life because of the Jeffrey Epstein scandal.

Epstein, a convicted sex-offender who killed himself in prison, was a friend of Andrew’s. Virginia Roberts Guiffre claimed in a Panorama television interview that aged 17 she was forced by Epstein to have sex with Andrew, which Andrew denied.

In 2020 Prince Philip stood by the Queen’s side as the royal family navigated Prince Harry and Meghan Markle withdrawing from official royal duties and moving to Canada, then California.

Philip was said to have been devastated about the royal couple leaving their duties with his great-grandson Archie in tow, and failed to understand their decision. Philip’s relationship with Harry was said to have suffered dramatically as a result.

Prince Philip was by far the most quotable of the royals. “I know I am rude but it’s fun,” was chosen by Nigel Cawthorne as the title of his book about some of the Duke’s gaffes and anecdotes.

Asked how he thought he was seen, Philip said, “I don’t know. A refugee husband, I suppose.”

He once complained to a friend: ‘I’m nothing but a bloody amoeba. I am the only man in the country not allowed to give his name to his children.’

At the age of twenty-one, he wrote to a relative whose son had just been killed in the war, saying: ‘I know you will never think much of me. I am rude and unmannerly and I say many things out of turn which I realise afterwards must have hurt someone. Then I am filled with remorse and I try to put matters right.’

He could never, however, be accused of being obsequious. He never sought the limelight, nor was he much taken by the opulence around him. He had found the level of adulation his wife received in the first years to be “really unbelievable”.

“It could have been corroding,” the Duke said. ” It would have been very easy to play to the gallery, but I took a conscious decision not to do that. Safer not to be too popular. You can’t fall too far.”

The Duke of Edinburgh held a number of New Zealand honours and appointments.

He was appointed an Additional Member of the Order of New Zealand in June 2012 for services to New Zealand, to commemorate The Queen’s Diamond Jubilee.

He was appointed an Extra Companion of the Queen’s Service Order in 1981 (the QSO badge features prominently at the front of his extensive medal bar), and also received the New Zealand 1990 Commemoration Medal.

He was also a patron or member of over 780 organisations.

His New Zealand connections included his role as patron of the Royal New Zealand Yacht Squadron, and the New Zealand Society (in the United Kingdom).

The Duke was alsoan honorary fellow of the New Zealand Institution of Professional Engineers, and the Royal New Zealand College of General Practitioners. He was also involved with a number of Commonwealth associations, such as the Royal Agricultural Society of the Commonwealth.