Princess Eugenie married her husband Jack Brooksbank on October 12, 2018. They wed at George’s Chapel at Windsor Castle. How did Eugenie’s behaviour on the day compare to her sister’s at her wedding last week?

Judi told Express.co.uk: “Unlike her sister, Eugenie was able to enjoy the full royal experience.”

However, the body language expert made an observation about Eugenie’s groom on the day setting hers apart from Princess Beatrice’s.

Jack appeared to need more support from his wife on the day of his wedding.

She went on: “Unlike Bea, her non-royal groom Jack did appear to be in need of some support and morale-boosting on the day. 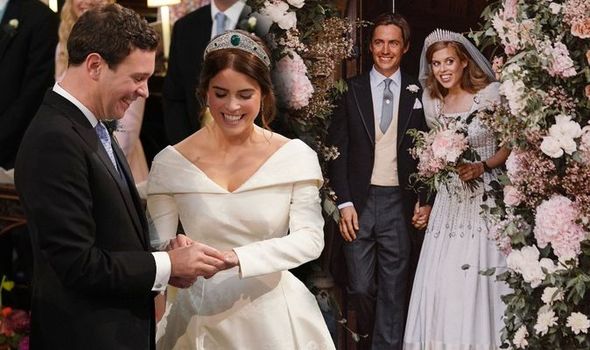 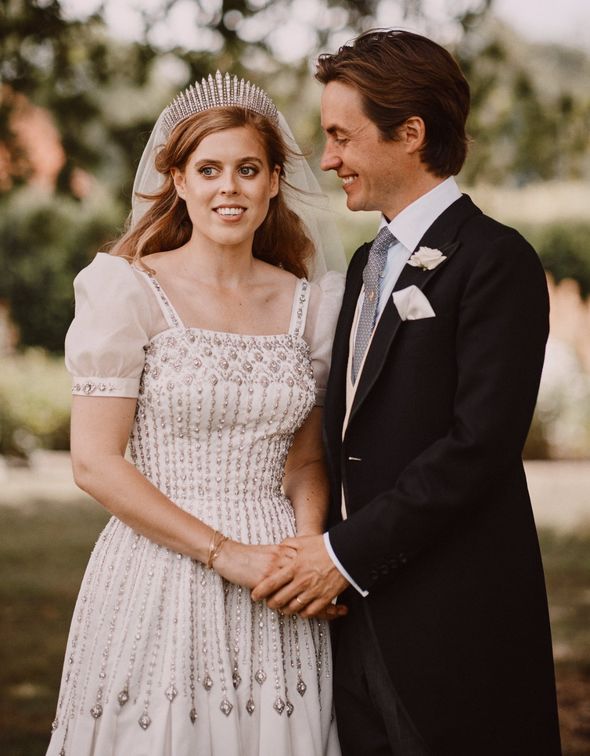 “Jack’s smile would have lit up the venue single-handedly but he also showed signs of nerves next to his more experienced bride.”

In addition to this the couple appeared less intimate.

However, the expert claimed there was a good reason for this.

Judi said: “Their poses were also less intimate than Bea and Edo’s, with Jack and Eugenie standing formally but happily on the steps of the church as the bride was presented to the waiting crowds.”

Edoardo, on the other hand, seemed to revel in the day without any of the nerves experienced by many grooms.

Judi said: “Edo in particular seems to enjoy some more relaxed moments with his bride, smiling down at her proudly rather than squirming as some royal grooms have been seen to do with the cameras and eyes of the world on them.

“The lack of formality and protocol meant Bea’s hand was top in the casual clasp as they walked together, rather than being held in a more formal gesture, where the groom holds his hand up for the bride to rest hers on.

“For Edo and Bea the poses were able to look natural and hugely normal in terms of sharing some loving moments.

“They looked like they were relaxed and having fun in a way that other royals probably haven’t been able to do.” 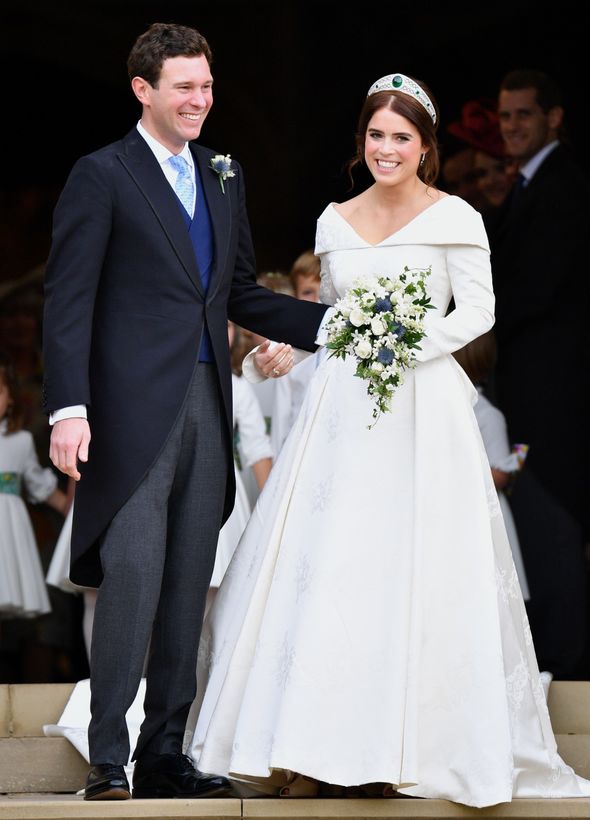 How did Princess Beatrice’s wedding compare to Kate Middleton’s?

Judi said: William and Kate’s body language as bride and groom was as pitch-perfect as usual and gained in terms of the length of their relationship.”

The expert claims the pair looked so in sync with one another, “as proximity and movement habits together become easier the longer you have known your partner.” 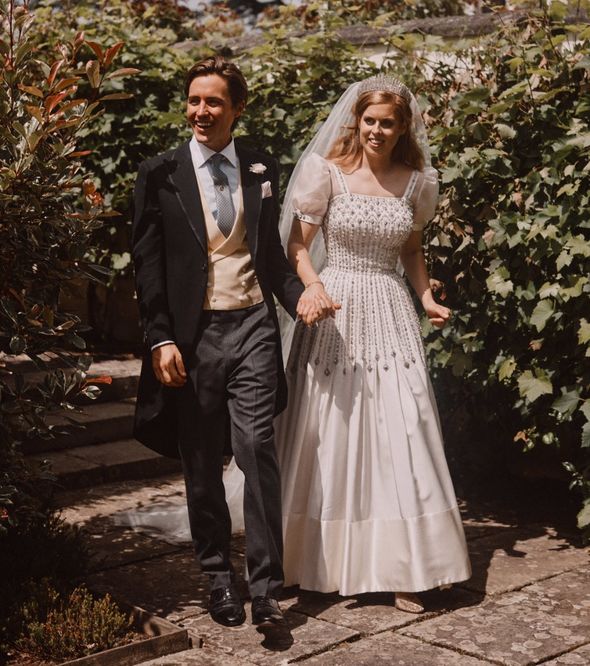 Judi also claimed the pair’s more regal and formal behaviour on the day was a reflection of their royal status.

“It was very much a historic event though, with their future roles dictating their behaviour and poses,” Judi said.

Meghan Markle’s wedding, on the other hand, forced her and Harry to dampen down their loved-up behaviour.

She said: “Even Harry and Meghan were forced to be less tactile than usual on their wedding day.”

The couple, despite their unconventional – by royal standards – style, reverted to more typical roles.