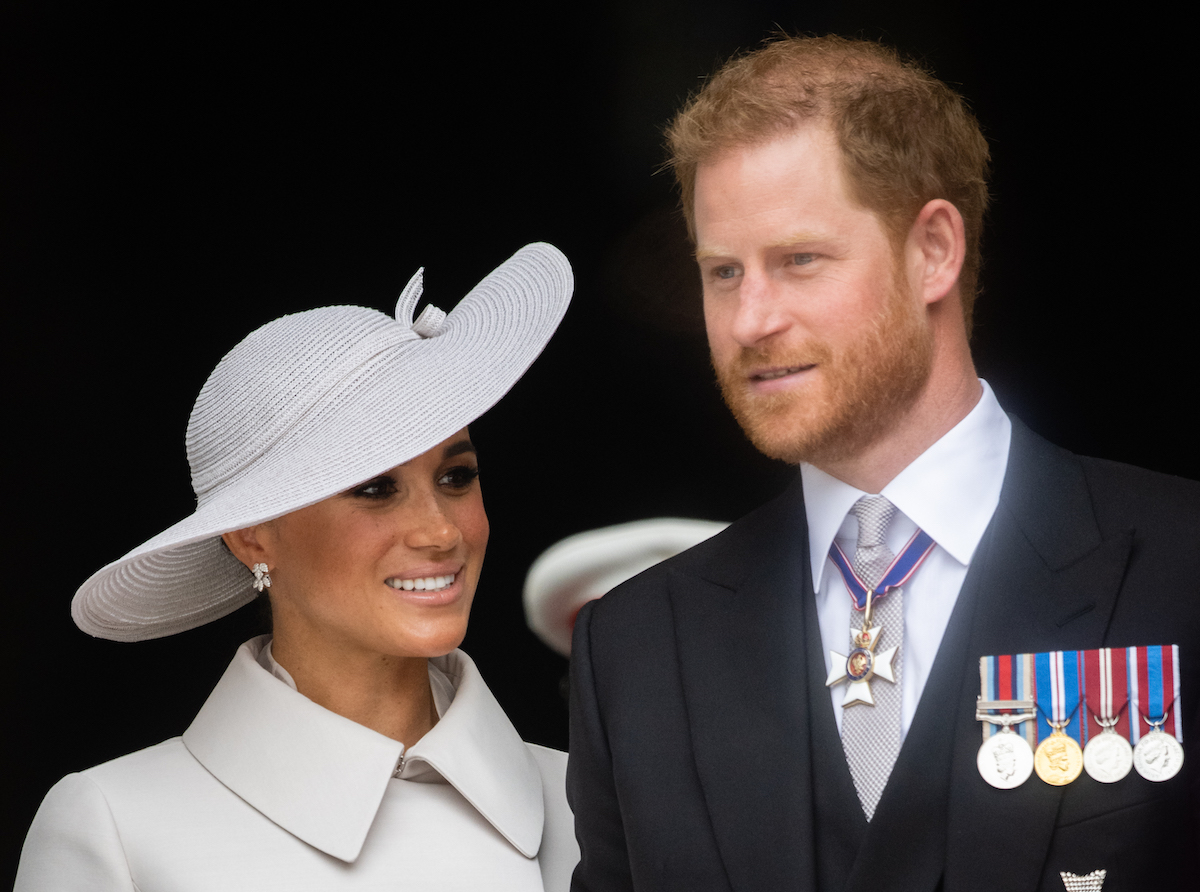 All eyes were on Prince Harry and Meghan Markle during a Platinum Jubilee weekend service. They sat next to Princess Beatrice and Princess Eugenie. However, the Duke of Sussex’s cousins didn’t move. They stayed put in their seats. The reason, according to a commentator, had to do with the Duke and Duchess of Sussex’s exit.

Meghan and Harry’s jubilee service appearance had them arriving separately from other royals. According to Richard Eden, the Daily Mail diary editor, it marked a “particularly intriguing” moment.

“They didn’t arrive in the minibus with the minor royals, they had a car so maybe that’s something that was generously given to them,” by Queen Elizabeth II, he said on Mail Plus’ Palace Confidential podcast, per Express.

Eden explained Harry and Meghan’s jubilee service arrival became a “sort of, grand entrance” because they weren’t joined by other royals. 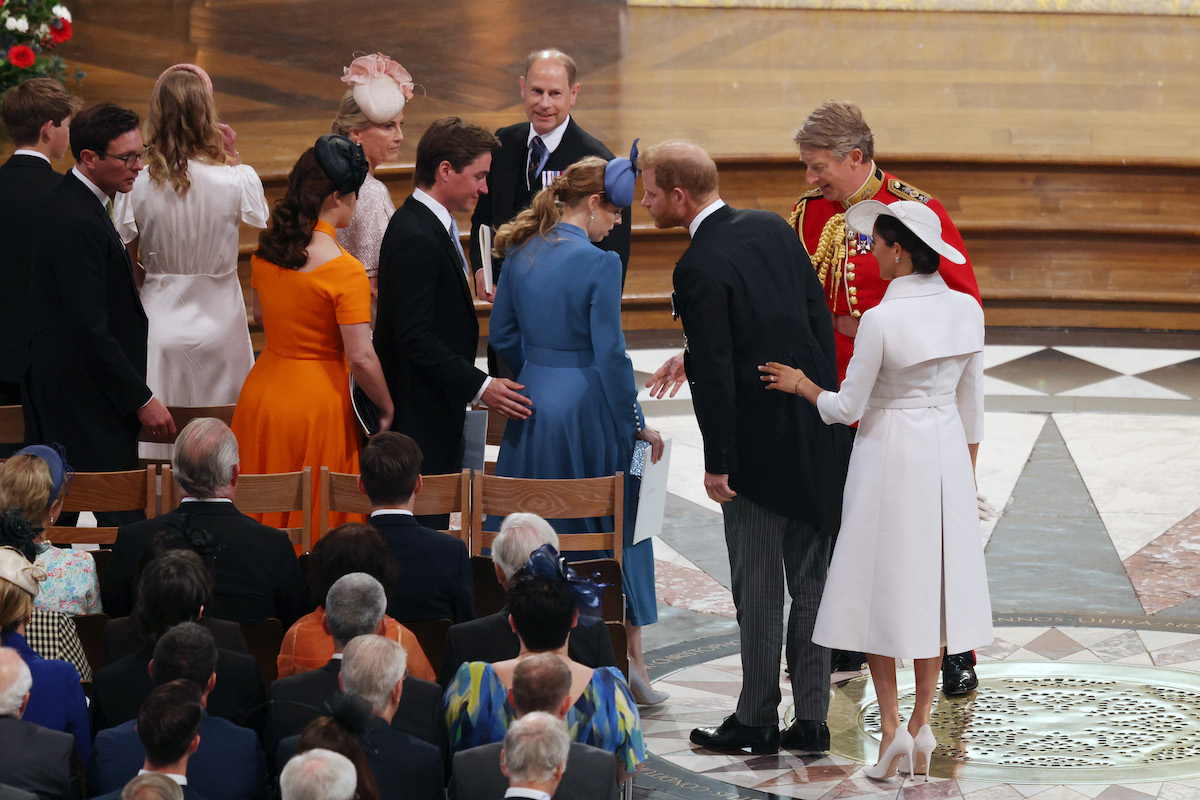 The seating arrangement at St. Paul’s Cathedral wasn’t reflected in the program, according to Eden. In a “genuinely fascinating” move, the royal family listed Harry and Meghan in the court circular.

“[They were mentioned] directly after the Duke and Duchess of Cambridge, so they kept with the order of precedence, well that went out the window in the service,” Eden said. “What we saw in the service was they were relegated to the second row.”