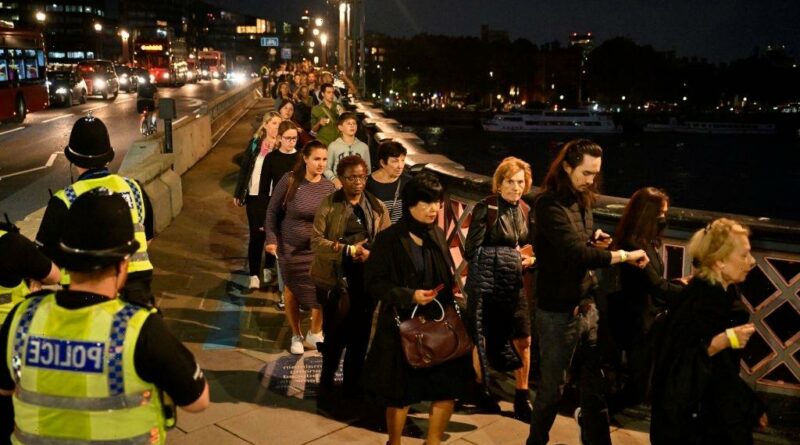 It has reportedly become the longest queue in history, as tens of thousands of people continue to line up to pay their respects to the late Queen Elizabeth II, lying in state in London’s Westminster Hall.

Images visible from space reveal the long line of people shuffling along the south bank of the river Thames, waiting up to 24 hours to bid farewell to their late monarch.

There are reports that the queue now eclipses the previously longest ever documented waiting line – that of 30,000 Russians who waited to go inside the first McDonalds in the USSR, when it opened its doors in 1990.

The queue is currently nearly five miles long, stretching from Westminster Hall in the city centre to Southwark Park in the south-east.

It has been a chilly night in the city, with firefighters along the route handing out warm drinks and blankets to those in need. And London Transport has laid on an empty train at London’s Waterloo Station for those unable to get home over the next few days.

The good news is that, of Saturday morning, the waiting time on the official government tracker app has been reduced from 24 hours to a mere 16 hours.

Thousands more are expected to join over the weekend, although the queue has been paused twice after reaching capacity numbers, and people have been advised not to travel to join it.

When the queue was paused, another queue formed waiting for it to open again – this second queue dubbed the ‘QE2’ after the famous cruise liner, named in honour of Her Majesty.