Brilliant in blue! The Queen waves to delighted onlookers during rare public appearance as she attends church near Balmoral during her annual summer break

She’s currently enjoying a hiatus from official public duties during her summer break.

But the Queen made a rare public appearance on Sunday when she stepped out for a church service at Crathie Kirk near her Balmoral estate.

The monarch, 92, looked resplendent in a cream wide-brimmed hat adorned with roses and a blue jacket with eye-catching gold buttons.

She accessorised with pearl earrings and elegant pair of white gloves, which she wore on her hands clasped in her lap as she sped through the small Scottish village in a chauffeured vehicle. 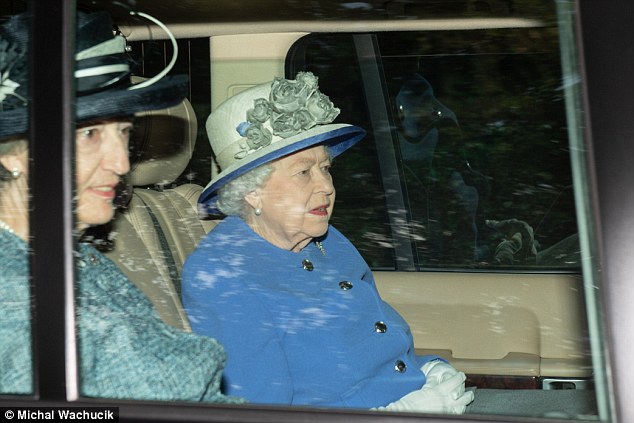 The Queen, 92, was seen on her way to attend a church service at Crathie Kirk near her Balmoral estate today (pictured)

The Queen appeared to be in good spirits as she waved to waiting fans during the rare public outing.

She made the short journey with a companion, who was also wearing a blue ensemble teamed with an elegant hat.

The last time Her Majesty was spotted out and about was last Sunday when she attended last week’s service at the church.

Crathie Church lies next door to Balmoral and the Queen is a regular presence at services during her annual holiday. 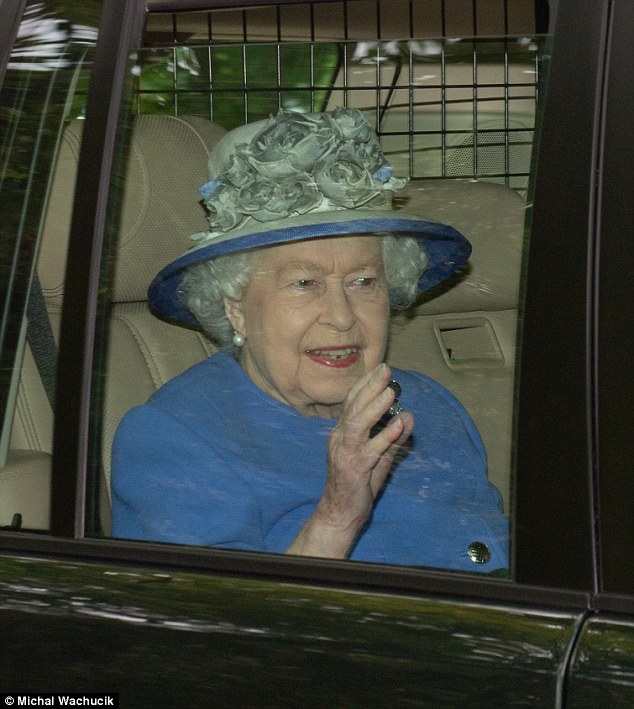 Charles and Camilla also have a home, Birkhall, on the Balmoral Estate and will no doubt be spending time with the monarch over the coming weeks.

Last year the Queen departed for Balmoral in mid July and did not end her annual Highland summer holiday until the first week in October.

Her Majesty’s last public engagements were on 13th and 14th July, when she welcomed overseas visitors – most notably President Donald Trump – to Windsor castle.

The monarch greeted the US president and his wife Melania in the quadrangle of the royal residence ahead. 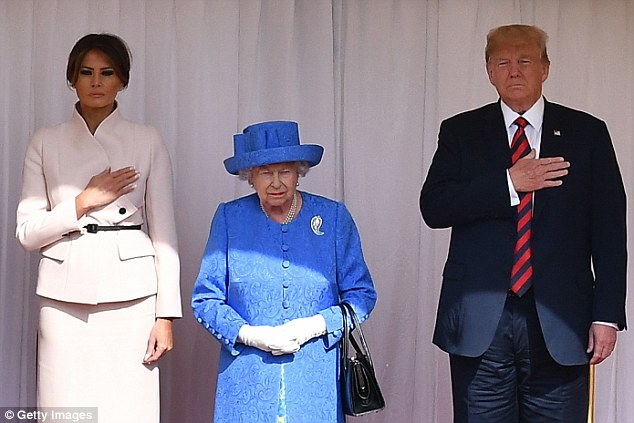 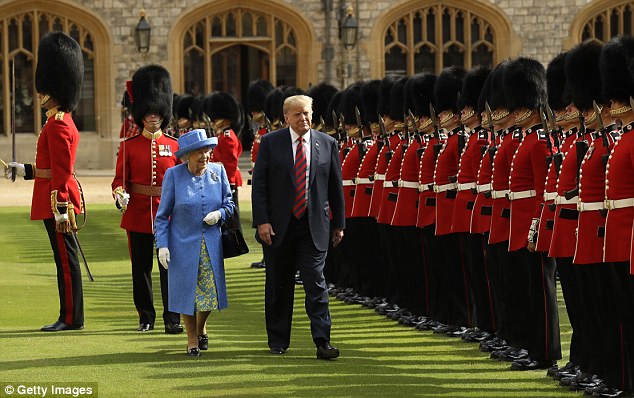 A Guard of Honour, formed of the Coldstream Guards, gave a Royal Salute and the US national anthem was played as the US visitors arrived for the engagement.

The Queen and President Trump inspected the Guard of Honour before watching the military march past.

Mr and Mrs Trump then enjoyed a private teas with the Queen inside the castle.