If you, like me, crave even more Queer Eye content than the world has delivered on, I have good news for you. Another Queer Eye makeover happened while none of us were looking, and the story is so sweet. In an interview with Bustle, Karamo Brown, one of the show’s Fab Five, let me in on a little secret — he had a mini heart-to-heart with someone totally unexpected, and it left said person feeling like a totally new man.

In the middle of AJ’s Queer Eye journey in Episode 4, audiences briefly meet Sean, an employee at Treetop Quest, a ropes and zipline obstacle course. Karamo brought AJ there so that he could very symbolically face his fears by leaping from trees blindfolded. It seemed to help, because by the end of the episode, AJ came out to his stepmother, prompting tears all around. (Watching Queer Eye is more "Netflix and cry" than "Netflix and chill.")

But apparently I wasn’t the only one watching who wanted production to stop in the middle of AJ’s episode so Sean and his beard could get their own Queer Eye makeover moment.

"Oh my god," Karamo says when I mention that I wanted him to go back for Sean after he was finished with AJ. "I did! I’m not even joking with you." 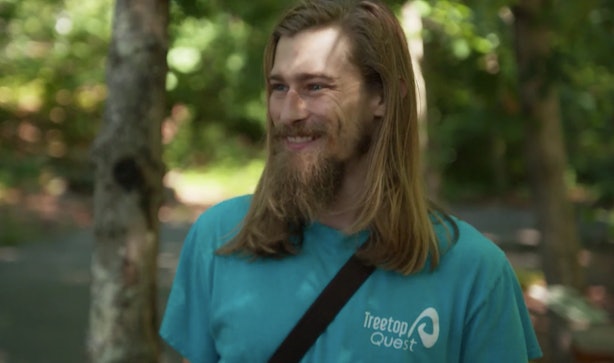 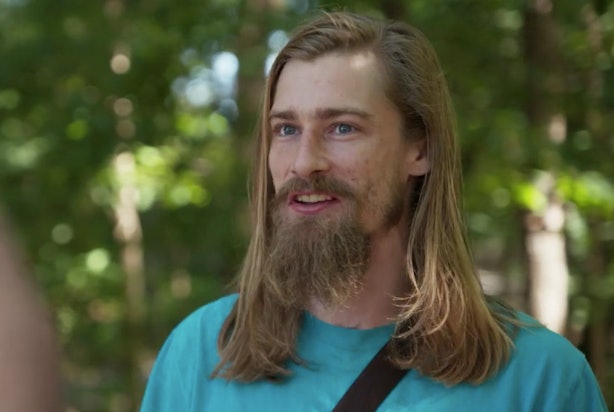 "What [Karamo] said really kind of helped me think about … who I was." Sean adds that he had been letting what other people thought affect how he was thinking of himself, and that Karamo helped break him out of that and embrace the ability to change. "[I was] letting my … what I thought of others’ expectations affect my decisions," he says. "[Karamo] illuminated to me how my own opinion didn’t change of others when they changed things like [their look]," and that it would be equally OK if he didn’t want to be "the beard guy."

These days Sean no longer works at Treetop Quest. He says he’s working on getting his own tree course off the ground and finding himself in that. And, this time, he’s not letting anybody’s perceptions distract from who he wants to be.