High August is family time, when hard-pressed fathers take some time off work to reacquaint themselves with their fast-changing children.

Not that they are necessarily still children. Crikey, can the oldest already be 21?

As the holidays unfold, fatherly foibles drive the young mad. And father dear father looks at that craggy old fool in the mirror and realises he is well into middle-age.

Know the feeling? Or are you still in denial? See how many of the following apply to you. 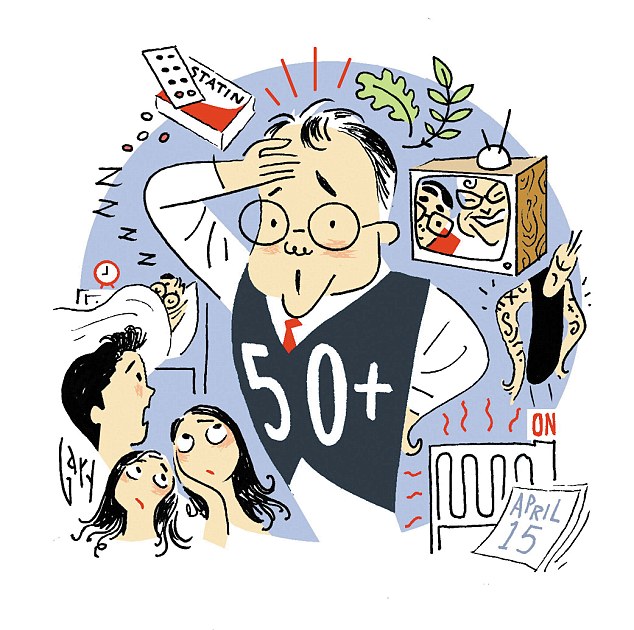 1. Getting your children’s names muddled up, and possibly calling them by your dog’s name, too, before you get it right on the third try.

2. A pathetic inability to operate the television’s remote control (even though you have had the damn thing for eight years).

3. You offer to look after everyone’s passport at the airport.

4. Yearning, perhaps a little too loudly, for ‘proper’ hymns when you attend a family wedding.

5. Knowing an oak from a walnut and a cedar from a pine, but still not recognising the aroma of marijuana and loudly asking your wife: ‘What’s that funny smell?’

6. Laughing as you recount the Ecky-Thump episode of The Goodies.

7. Tapping the petrol-pump nozzle against your car to make sure you get the last drips of fuel in your tank.

8. Whistling. Honestly, Dad, no one under 80 whistles.

9. Not minding so much when over-familiar shopkeepers call you ‘young man’.

10. Insisting on checking the oil dipstick in your daughter’s car before she drives off to university.

11. Your loud sneezing. (It’s a family thing. My paternal grandfather sneezed under the high roof of Paddington station in the war and people dived for shelter, thinking they were under attack from the Luftwaffe.)

12. Complaining that the hotel’s breakfast marmalade is a bit underpowered.

14. Knowing (and being appalled when they do not know) the counties of Britain and where they actually are. For example, Rutland.

15. ‘Will you let us know when you arrive, darling?’ you say when your daughter prepares to drive five miles to a friend’s house. 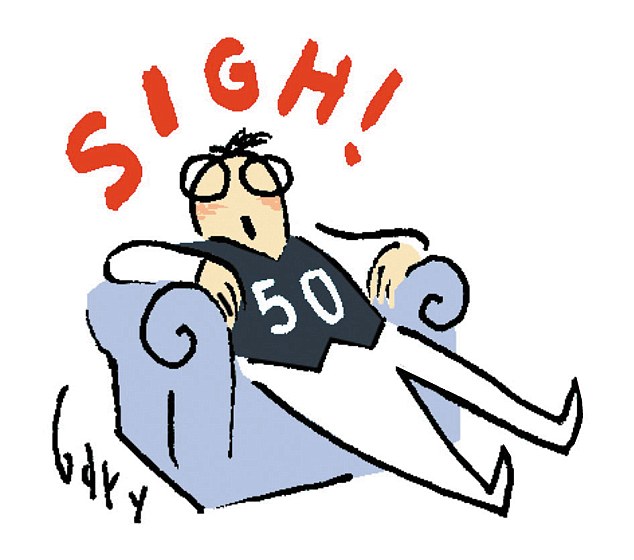 17. Refusing to switch on the car’s air-conditioning — ‘it reduces our fuel economy’.

18. Frowning so much that you realise you have developed your late father’s brow lines.

19. Looking at a distant cloud and saying: ‘We could do with rain — the runner beans are parched.’

20. Expressing delight when you find some cheapo fruit in the ‘reduced price’ basket at the supermarket. A few bruises on an apple? They can easily be cut out. Brown bananas? Full of goodness!

21. Switching off the central heating in mid-April, saying: ‘This house is like an oven.’

22. Reminding your 21-year-old son to go to the dentist for regular check-ups.

23. When you mimic a police or ambulance siren you go ‘nee naw’. They haven’t made that sound for years, Dad.

More from Quentin Letts for the Daily Mail…

24. Opining, possibly not for the first time, that television comedy was much better when The Two Ronnies were in their prime.

26. When you say exactly what you think about people with tattoos, and your children shriek: ‘You can’t say things like that any more!’

28. Beeping at roadhogs who dawdle along in the motorway middle lane.

29. At the beach you reiterate your firm admiration for deckchairs and your belief that plastic alternatives are unBritish.

30. When your daughters show you their new jeans, you can’t help yourself saying: ‘They’re torn. You should ask for your money back.’

31. You can’t hear what someone’s saying in the kitchen if the electric kettle is coming to the boil.

32. As you are fond of saying, the smell of mint reminds you of boiled new potatoes in childhood. The teenagers explain it is actually their chewing gum.

33. Hoping to shame your own brood, you take the mickey out of television celebrities who speak with surfer-girl accent uplifts.

35. Realising, actually with relief, that you no longer fancy the local newsreader.

36.Sighing when you sit down.

37. Telling, for the umpteenth time, that ‘funny’ story about how one of the children’s nappies fell off in the middle of the shopping precinct. You tell this story, alas, in front of their prospective boyfriend.

38. Smiling and blowing bubbles at toddlers at a cafe. Too much of that these days and you could find yourself being reported to the cops. But grandchildren would be lovely. Soon, please. 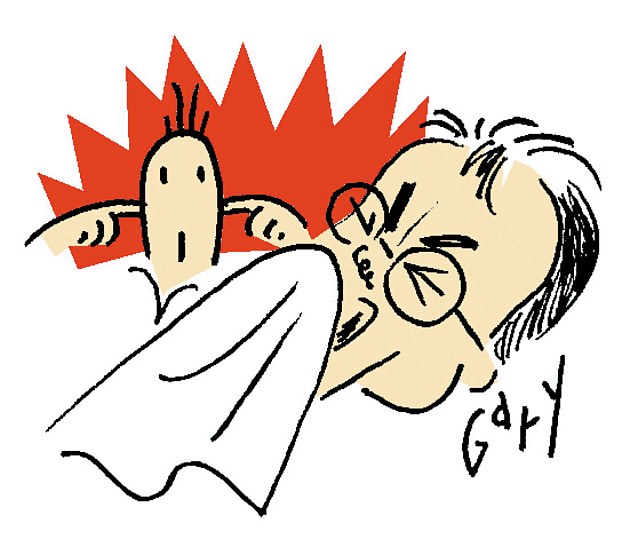 41. Picking up pennies and tuppenny bits from the pavement, saying: ‘Waste not, want not’.

43. Having your shoes re-soled.

44. Waistcoats — until Gareth Southgate made them fashionable again.

45. Saying ‘goose-pimples’ instead of the Americanised ‘goose-bumps’.

46. Statins. And forgetting to take them.

47. Forgetting how old you are without a good five seconds of thought.

48. For that trip to the beach you wear — as you always do — an Aertex shirt and shorts that don’t go down to the knees.

49. Assuring your children of the virtues of sardines on toast.

50. Smelling honeysuckle and being reminded of the summer Ted Heath became prime minister.