Wet, trembly Mr Blubb’s as frightening as a rabbit: QUENTIN LETTS on yesterday in Parliament

Does Donald Trump do consultancy work? Our hand-wringing diplomats and politicians could use some of his mad genius following the latest example of European Union snippiness to Britain.

Throughout the drawn-out Brexit process, we have been assured that relations with Europe will remain cordial once we have escaped the EU. They probably will be from this side of the Channel. But it is becoming dazzlingly clear that the Eurocrats are intent on hating us. Yesterday morning even some of the most committed Remainer MPs seemed to be starting to accept that. 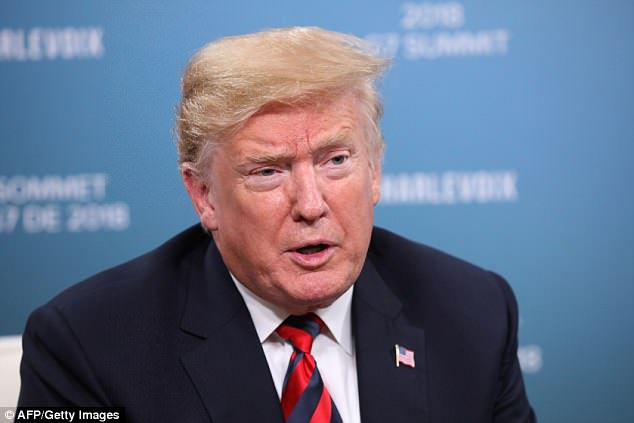 Pull yourself together, matey! Time to channel some Trump

A rather mournful defence minister, Guto Bebb, had come to the House to explain that the UK is being chopped out of the European Galileo space satellite programme. Galileo is a mapping system which will be used not only for motorists’ sat navs but also by the Armed Forces. Much of it has been British designed and we have so far spent a billion quid on the system. But now that we are leaving the EU, our European ‘friends’ (ha!) have decided to stiff us and exclude us from Galileo.

Mr Bebb, who is about as frightening as a rabbit, said British companies were being cut out of the Galileo project ‘on security grounds’. In other words, the EU does not trust us. Why not say that? Why not say ‘they’re being bloody ridiculous and are saying we’ll betray their secret codes’.

But Mr Bebb, a trembly fellow, touched the side of the despatch box as though it was hot to the fingertips – imagine someone testing the top of an electric cooker to see if it had just been used – and apologetically conceded that we could now be ‘obliged to walk away’. He spoke with such wetness, he could have been Mr Blubb, not Bebb.

Pull yourself together, matey! Time to channel some Trump. Defence Secretary Gavin Williamson is always trying to persuade us he is a tough guy. Why not take to Twitter and start trolling the EU?

By ‘walking away’, Mr Bebb meant we might have to devise our own version of Galileo. That could mean plenty of work for Britain’s space industry. But could we afford it? Shadow defence spokesman Nia Griffith asked what contingency money had been set aside.

Straight answer came there none. Instead Mr Bebb said how ‘disappointed’ he was by the EU’s behaviour. Disappointed? How about ‘steaming with anger’? 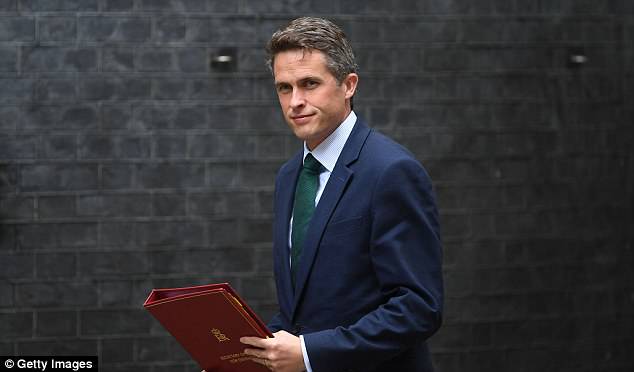 Defence Secretary Gavin Williamson is always trying to persuade us he is a tough guy. Why not take to Twitter and start trolling the EU?

Sir Desmond Swayne (Con, New Forest W) is made of sterner stuff. ‘I hope we are planning on getting even,’ he barked. Mr Bebb gulped. ‘This is not about getting even,’ he said in his watery way. ‘It is about doing the right thing.’ He wanted Britain still to be involved in Galileo and was sad we had been ‘rebuffed’.

Marcus Jones (Con, Nuneaton) said the European Commission was cutting off its nose to spite its face (as a result of our exclusion from the project, the Galileo project will now probably be three years late and will cost the Continentals a packet more than it need have done).

Even that most pro-Brussels of Labour men, Hilary Benn, attacked the Eurocrats, saying their behaviour was ‘counterproductive and frankly insulting’.

But some Euro-loonies were still determined to be gloomy. Dame Barry Sheerman (Lab, Huddersfield) said that his ‘sources in Cambridge’ told him it was all a catastrophe ‘for defence and air travel’ and ‘a symptom of leaving European co-operation’.

Cheryl Gillan (Con, Chesham & Amersham) returned to costs. What sort of sum were we looking at? Mr Bebb said she should be ‘in no doubt’ that costs would be ‘no greater than our current contribution to the Galileo project’.

If that is really true (which it probably isn’t), why on earth did we ever go in with the European space effort in the first place?

The nearest we got to Donald Trump was dear old Bob Stewart (Con, Beckenham), who shrugged that it was ‘a shame’ we had been booted off Galileo, ‘but we can get round that’.