Home » Lifestyle » RACHEL JOHNSON: I’ll be praying for the boys – the ones in Thailand

Yes, I’ll be praying for the boys – the ones trapped in Thailand, writes RACHEL JOHNSON

With the monsoon forecast to lash Thailand, filling with floodwater the Stygian caverns and crevices, we pray for the 12 boys and their young football coach who have sat trapped for more than two weeks in a dark, fetid recess miles from their families, whom they may never see again.

Some can’t even swim, let alone scuba dive for long hours through a snaking enfilade of narrow tunnels, apertures and tight rocky declivities to escape.

The oxygen level is dwindling and the risk of all drowning must be rising as the predicted rains start to fall today.

Expectations of their safe rescue must be managed, particularly after the death of a Thai Navy Seal diver, who was killed last week trying to make his way out of the caves after delivering air tanks to those entombed in their hellhole. 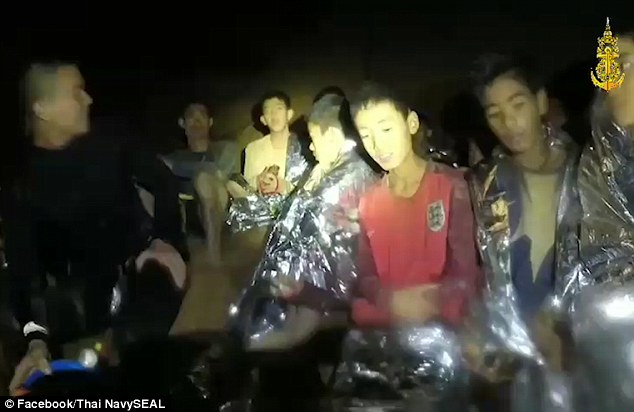 We pray for the 12 boys and their young football coach who have sat trapped for more than two weeks in a dark, fetid recess miles from their families, whom they may never see again

If you can, imagine for a brief second if 12 English boys in a footie team had been taken by their 25-year-old coach to explore, say, Wookey Hole in Somerset, and been caught in a freak flood.

They’d crawled through tunnels to find a dry ledge, miles from the cave entrance, and been there for more than a fortnight, starving, exhausted, cold, weak.

A school trip like that – a boys’ own adventure, a bonding trip for the lads with the gaffer – wouldn’t happen here to begin with.

Any excursion, however innocent of possible hazard, requires permission slips in triplicate, children to wear high-vis vests and march in crocodiles, and the accompaniment of several parent or carer helpers. (I still remember the palaver when my daughter’s class went half a mile to a dipping pond in Kensington – you’d have thought the girls were attempting K2.) 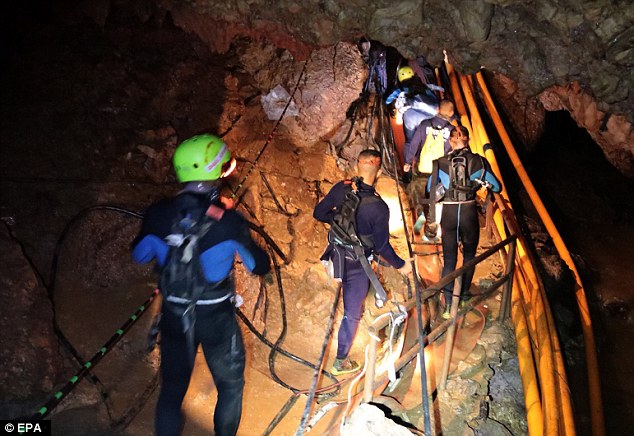 Yet, the aftermath is unthinkable too. The boys and the coach, Ekkapol Chantawong – my son’s age, a mere child – are all in mortal danger. There’s no guarantee they will come out alive. There’s every chance they won’t.

In this country, and in the US, the blame game would already be in extra time. The coach would have been shamed and shot in the public squares of social media and by health and safety Nazis for putting so many young lives in danger.

The parents – even the school dog – would have lawyered up. The family of the coach would have gone into hiding.

In Thailand, we have not heard a single word of recrimination or outbreak of hysteria from anyone.

More from Rachel Johnson for The Mail on Sunday…

The parents are sitting powerless in a camp rigged up by the entrance to the cave system, as the rescue grinds on. Not one has, to date, gone into full Greek tragedy mode, shrieking and raging, as I would if my son was sitting in the dark miles from me, facing death.

Instead, the parents have accepted that bad things happen and there’s no point making it even worse than it already is.

The mothers sit smiling bravely. ‘I want to thank everyone who helped,’ says one.

Over the weekend, boys sent out handwritten notes to their parents, begging them not to worry, saying they are fine, even happy. They tell their parents they love their sisters, their grandparents. And the special dishes they want to eat when they’re home.

The coach writes too. Brave. What can he say? Well, this.

‘To the parents of all the kids, right now the kids are all fine, the crew are taking good care. I promise I will care for the kids as best as possible. I want to say thanks for all the support and I want to apologise to the parents.’

It was an adventure that turned into an accident. They went so deep into the caves by mistake. He’s sorry. It’s heartbreaking. And instructive.

We should watch, pray – and learn.

In the ‘olden days’ you dumped someone by letter. Or phone. No longer.

These days, even sending a text to say ‘It’s not you, it’s me’ counts as old-fashioned courtesy.

Celebs may start by promising to follow each other to the ends of the earth, but they now end things by ‘unfollowing’ each other on social media. 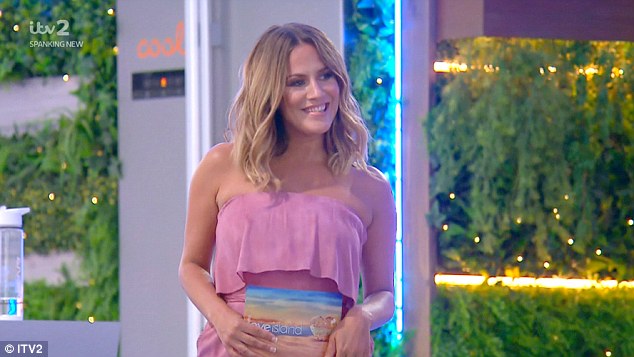 Love Island’s Caroline Flack and Andrew Brady ‘off’ The Apprentice apparently made a public statement about the state of their engagement by unfollowing each other on Instagram. Click! Done.

However, the couple were spotted together two days later at House Festival in North London. Who says romance is dead?

Sports style advisory: it is acceptable, even welcome, for football managers to wear waistcoats but not for male tennis players to wear black pants under thin, almost translucent, white shorts. Please share.

Who wants dinner with Trump? Me!

I’d give my eyeteeth to go to one of the gala events on the occasion of Trump’s four-day British visit.

Or to be a fly on the wall on the date between the two Wags, Melania Trump and Philip May. But others, not so much.

Baroness Lane Fox of Soho says wild horses would not drag her to a dinner with business leaders and Trump at Blenheim Palace, organised by the PM.

Indeed, the founder of lastminute.com says she has declined the invitation: ‘We can agree this is a new career low. Imagine the guest list if I’m on it.’

If you have some other ‘last minute’ pressing engagement, I’ll go in your place, Martha!

QUOTES OF THE WEEK

‘You are the most ignorant audience members I have ever had the misfortune to perform in front of.’

Actor Niall Sheehy, star of Titanic The Musical, after the show was disrupted by two women following England’s World Cup penalty shoot-out on their phones.

French joke, after World Cup holders Germany were knocked out.

‘It was so badly damaged it looked as if it had already been under the hammer.’

Auctioneer Adam Partridge after selling a cracked Chinese vase – initially valued at £200 – for £110,000.

‘A good way to sort airheads from serious dating material.’

Activist Peter Tatchell says that a protest march for human rights is the best place for a first date.

Newspaper grandee Peter Preston‘s lament that he would miss Emilia Clarke and the rest of the cast when his son asked him, just before he died, what he thought would happen with Brexit. ‘I do read fiction, but mostly in the form of Government papers.’

‘Fake news constantly likes to pour over my tweets looking for a mistake.’

President Trump‘s tweet, swiftly deleted, before he retweeted with ‘pour’ corrected to ‘pore’.

‘I thought this was the appropriate moment to step out and give someone else a chance before I’m so old my sentences make no lasagne.’

Radio presenter Eddie Mair announces he is to leave the BBC after 30 years.