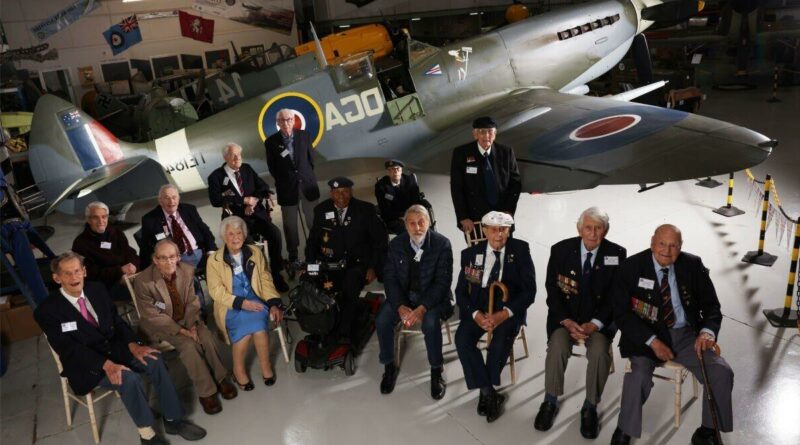 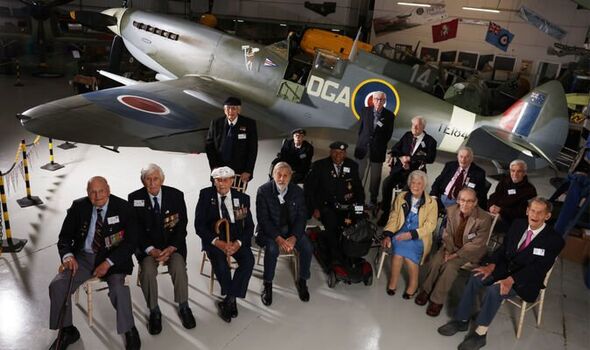 A dwindling band of RAF veterans mustered yesterday to ensure their brothers in arms are never forgotten. Some 82 years after the Battle of Britain, those who gave their lives will be immortalised as a statue is unveiled at Biggin Hill tomorrow by wartime Prime Minister Sir Winston Churchill’s great-grandson Randolph.

The aerial conflict lasted from July 10 to October 31 1940 and paved the way for eventual Allied victory.

Just as it did eight decades ago, the Second World War fighter station in Kent reverberated to the roar of Spitfires and Hurricanes again yesterday.

Some 20 veterans reminisced, lunched and saluted a Spitfire and Hurricane flypast. Amid the wartime memories there was lots of leg-pulling – but also quiet reflection for the bemedalled Fighter Command and Bomber Command veterans, in what may be their last time together.

Flight Lt Bell flew 50 missions in a Mosquito bomber while at 608 Squadron, 13 to Berlin. 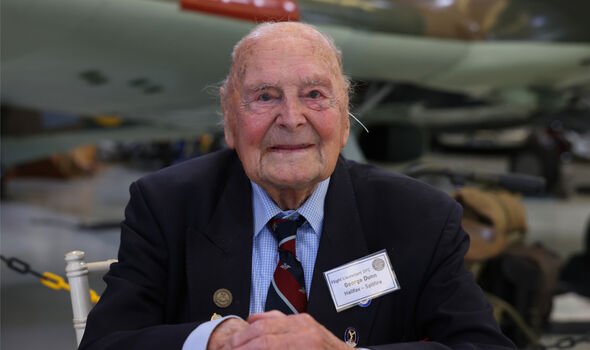 He said: “We were blown up…and dropped both engines. I remember saying to my navigator Doug Redmond, ‘Are you frightened?’ He replied: ‘No, I’m bloody terrified.’”

Warrant Officer Andrews flew 19 trips in Halifax bombers until being shot down by a German night fighter in February 1945 while laying mines off Denmark. He was the only survivor of seven crewmen.

He said: “There are so few of us left but most are in a worse condition than me, so I can’t complain. There is nothing quite like the noise of a Second World War aircraft and the smell of oil takes me back. If I could, I’d jump in and fly off once more.”

On August 18 1940 the Luftwaffe bombed key airfields across southern England but the bravery of outnumbered RAF crews who fought off waves of attacks on The Hardest Day ended Hitler’s invasion plans. 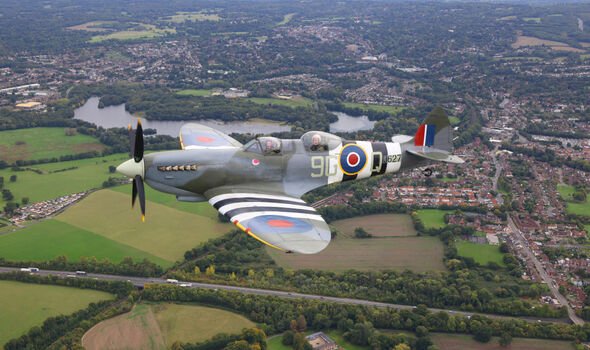 Wing Commander John Bell, 98, from Storrington, West Sussex, won the Distinguished Flying Cross and the Legion d’Honneur, the highest French award. He was an aimer on Lancasters for 50 missions with 619 and 617 squadrons, dropping Tallboy “earthquake bombs” on Nazi targets.

He said: “I was never scared because I had the best view of the terror we were facing, so I thought there was no point worrying. I am delighted to still be alive, to be able to walk and talk, and be among friends. It was wonderful to be with them again.” 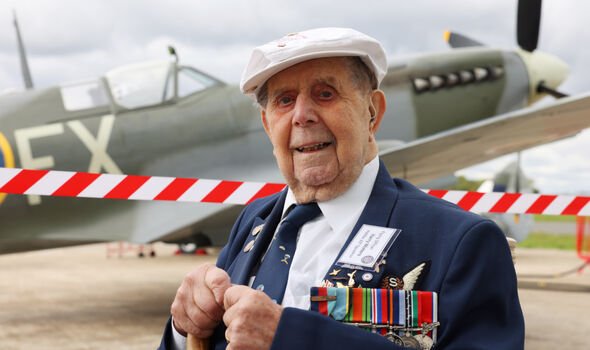 Robin Brooks from the Biggin Hill Heritage Hangar said: “I was delighted to host some of those who fought so valiantly. We must never forget them.”

Some veterans will return to see the RAF Benevolent Fund’s Chelsea Flower Show display moved to the airport tomorrow.

A 12ft metal statue of an airman looking to the sky, a Chelsea centrepiece viewed by the late Queen, will become a permanent memorial at what was the wartime aerial frontline. It will be officially unveiled as Spitfires and Hurricanes perform a flypast.