Home » Lifestyle » Rags To Riches: 8 Soccer Players Who Made It To The Top 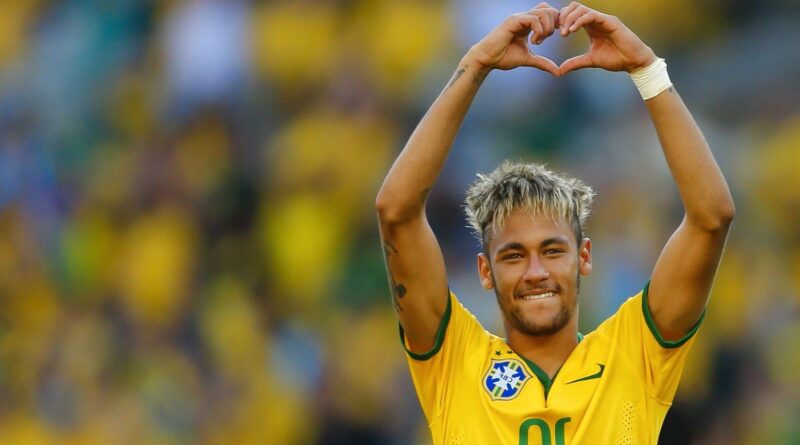 Football is perhaps the most popular sport globally, and several players who have made it to the top are burning examples of ‘rags to riches.’

The beauty of football is that it purely judges people based on their skills and talent. The game hones players into rising to the occasion and performing to the best of their abilities. While many players have tough beginnings, some have the most heartbreaking stories of poverty that act as motivation for them. Most major football leagues witness the rise of the world’s best players who grew up in extreme poverty and went on to play for big clubs. These players are an example that not everybody has a path full of roses behind their success.

From living in shantytowns with limited daily resources to working as children to support the family, even the most celebrated football players have seen the worst and went on to gain the love and recognition they truly deserve. Here are eight footballers who went from nothing to earning everything.

Diego Maradona was one of the greatest football players in history who dominated the sport for over two decades. Maradona was born in a slum in Villa Fiorito, where he shared a room with his seven siblings. He used to be shirtless and barefoot during the day and dreamt of becoming a world-class footballer during the night. He became a professional player at the age of 15, and FC Barcelona signed a then record-breaking $7.6 million contract. The Argentinian icon had a net worth of $100,000 when he passed away earlier this year.

Luka Modrić is the captain of the Croatian football team and plays for Real Madrid FC. His natural talent for football has garnered him a $9 million net worth as of 2021. Born during the Croatian War for Independence, Modrić grew up with financial struggles and worked as a goat-shepherd at the age of 5. He was passionate about football and never gave up playing even through difficult times. The Croatian midfielder chased his dream and was awarded a Ballon D’or for his excellence in 2018.

The story of Victor Moses has a heartbreaking beginning. He grew up in Nigeria in a Christian family where his parents were killed during the Christian-Muslim conflict when he was 11. He was smuggled into South London, where a foster family took care of him as an asylum seeker. Moses received a scholarship at the Crystal Palace Academy for his performance. He was a part of Chelsea FC and currently plays in the Russian League with a net worth of $23 million.

Luis Suarez credits his success in football to the hardships he faced growing up. He lived in Salto, a small town in Uruguay, with his parents and six brothers. He played football without shoes on the streets and was afraid to ask his parents for anything due to their financial constraints. His parents separated when he was nine, which greatly affected him. In 2014, Barcelona signed Suarez and currently plays for another club in La Liga, Atletico Madrid. The Uruguayan striker has a net worth of $51 million.

Dani Alves comes from a rare region of North-East Brazil which was overlooked due to the prejudice held against the people of the area and the lack of funding. Alves worked with his family in the fields in the countryside, but football was always his passion. His talents were paid off when Barcelona signed him up as a midfielder. He now plays for São Paulo FC and has a splendid net worth of $60 million.

Pele is regarded as one of the most brilliant footballers of the 20th century. His father retired from football after a leg fracture. Pele worked as a shoe-shiner and a tea-shop servant while he played in a minor league club. At 16, Pele played his first match and had all eyes on him. He went on to win three World Cups for Brazil, and had the best statistics of any player. Over the years, he has amassed a net worth of a whopping $115 million.

Growing up in a small locality in Mogi das Cruzes near a dump, Neymar Jr. went through many hardships to amass his $200 million net worth. He grew up in a place where there was no electricity, and he survived most nights in a candle flame in his small home. At the age of 12, he was signed by Portuguesa Santista due to his skills on the field. After playing for Barcelona for four years, he made his move to PSG in France. His transfer was one of the most expensive transfers in the history of the game. In 2021, he signed a four-year extension deal for $256 million, the highest in the world.

Five-time Ballon d’Or winner Cristiano Ronaldo is the most magnificent player the world has ever seen. His mother worked as a cook while his father was a municipal gardener. He shared a room with his twin sisters in a small home. He dropped out of school at 14 to work, but his mother urged him to follow his dream. Besides the Portuguese National Team, he has played for Sporting CP, Manchester United, Real Madrid, and Juventus. The legend came back home to Old Trafford this summer with his no. 7 shirt. The world-famous athlete has a $500 million net worth.

Many other players such as Didier Drogba, Carlos Tevez, and Sadio Mane have also faced many hardships while growing up. Such players are an inspiration to strive for a better future and use difficult times as a motivating factor to never settle for less. They are a burning example of the fact that it does not matter where a person comes from. For as long as they are willing, success will find a way.