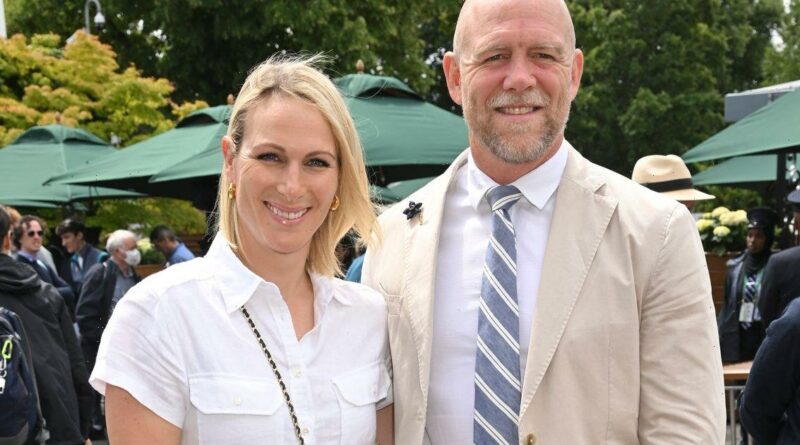 WithWimbledon season well and truly upon us, familiar faces includingHolly Willoughby and Philip Schofield have been spotted at the coveted sporting event.

And among the A-listers soaking up the festivities at the tennis tournament earlier this week wereZara andMike Tindall, whowere spotted enjoying day two of the event.

The royal couple, who recently attended the Queen’s Platinum Jubilee celebrations, looked loved-up as they packed on the PDA in their coordinating light-coloured outfits.

But away from their romantic outing, keen royal fans would have noticed that the couple weren’t seated in the infamous Royal Box.

Instead, Zara, 41, and Mike, 43, were seen seated outside of the area and could be found among the rest of the crowd.

While the exact reason for the couple’s less traditional seating arrangement hasn’t been confirmed, it’s believed that Zara and Mike weren’t seated in the Royal Box because of Zara’s existing professional commitments.

The mum-of-three is an ambassador for Rolex and therefore sat alongside Mike in the seats reserved by the luxury watch company instead.

Whilethe Royal Box is reserved for royalty as well as special guests including David Beckham and Lewis Hamilton, the couple have rubbed shoulders with their fair share of famous faces in tournaments gone by.

In fact, just last year, the couple sat next to Formula One icon Nico Rosberg and his wife Viviane Sibold.

However, Mike and Zara aren’t the only tennis fans in the royal family, with Kate Middleton gaining a reputation for her competitive side and love of all things sports.

The Duchess of Cambridge, 40, is a patron for a number of important sporting organisations including the All England Lawn Tennis andeven considers one tennis legend to be a close friend of hers.

It’s believed that Swiss tennis player Roger Federer is a part of The Duke and Duchess of Cambridge's inner circle of celebrity friends.

40 year old Roger Federer is reported to be a close friend of the Middleton family and was invited to Pippa Middleton’s wedding to James Matthews in 2017.

In the same year, Kate was pictured congratulating the tennis legend on his success at the tournament and stunned fans when she gave him three kisses in congratulations of his historic win.