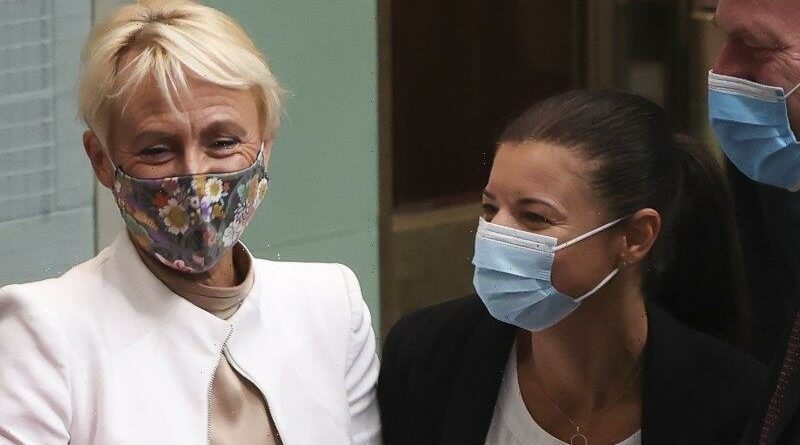 The new parliament will have a record number of female faces on its benches. But the Coalition lost women.

After a year of debate about the role and treatment of women in politics, some Liberal women say they know they face a long, hard road back.

One former Liberal MP, Fiona Martin, says she grew so disillusioned with trying to get her perspective heard over the past term, particularly on the need to make childcare more affordable and flexible for professional families, that she stopped pushing the party’s leadership.

“I’ve just given up because there’s no point, they’re not even talking,” she says.

When parliament returns at the end of July, there will likely be 58 women out of the 151 seats in the lower house (depending on whether a recount is requested in Gilmore and Labor’s Fiona Phillips still wins). The Senate, which had tipped over 50 per cent female representation last year, also has more women coming onto its red benches.

But these overall numbers mask a problem for the Coalition and the Liberal Party in particular: its already poor gender diversity went backwards.

The Liberals have gone from 13 women in the House of Representatives to nine. Zoe McKenzie replaced Greg Hunt in Flinders and Jenny Ware won Hughes back from crossbench defector Craig Kelly, but six other Liberal women lost their seats.

In the Senate, the party has likely added just one new woman, Kerrynne Liddle from South Australia, where other parties made proportionally greater gains.

The Nationals held all their seats with men replacing male MPs who retired, added one male senator in Ross Cadell, and had Jacinta Price win the NT Senate spot previously held by Sam (Samantha) McMahon.

New deputy Liberal leader Sussan Ley has promised to be a strong voice for women within the opposition. She’s headed out on a listening tour to work out how the party wins back women’s trust.

“We know that we didn’t receive the support of all women at the last election, and my message to the women of Australia is we hear you,” she said on Monday, in her first press conference as deputy leader.

“We’re listening. We’re talking. And we are determined to earn back your trust and your faith.”

The next day, Ley told Radio National that former prime minister Scott Morrison had changed the culture within parliament and perhaps “women didn’t hear much of what we were saying” or didn’t believe the Coalition was “focusing enough on them in their lives”.

Former minister Karen Andrews said it was clear there was a group of disaffected female voters who didn’t think the Liberal Party represented their views and didn’t want anything to do with the brand.

But Katie Allen – one of the moderate Liberals who lost their seats – says she thought it was less to do with women and more that the party was losing young professionals. These weren’t necessarily the “inner-city elites” derided by some, but young, aspirational people who worked in CBD offices and wanted to live nearby, and who were used to corporate environments with an increasing focus on social and governance issues.

She spotted this trend soon after being elected to represent Higgins in Melbourne’s inner suburbs and met with Morrison’s office in October 2019 to discuss how the party could better talk to these young professionals.

“But at the end of the day, what caught him up was articulation of the social issues.”

Privately, numerous women within the Liberal Party concede Morrison was a drag on their vote. They heard from female voters heading into polling booths that they just didn’t like him.

Allen and Martin were among a group of moderate Liberals who agitated for change in a range of policy areas affecting women over the past term. They also pushed to clean up the parliamentary workplace after federal politics was shocked by former staffer Brittany Higgins’ allegation that she was raped in a ministerial office (the matter is going to trial in the ACT Supreme Court later this month). 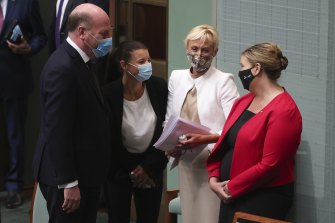 Liberal MPs Trent Zimmerman, Fiona Martin, Katie Allen and Bridget Archer in parliament. They were among a group of moderates who pushed for key reforms. Only Archer held her seat at the election.Credit:Alex Ellinghausen

The pair and fellow moderates Dave Sharma, Trent Zimmerman and Bridget Archer crossed the floor to amend religious freedom legislation in February, adding protections for transgender school students into the bill, after which Morrison decided to shelve the legislation to avoid a further rebellion in the Senate. Only Archer remains in parliament; the other four all lost their seats.

Morrison didn’t speak to Martin again after that night, not even to phone with commiserations after she lost the inner western Sydney seat of Reid to Labor’s Sally Sitou.

Martin notes she was part of a “small club” within Liberal ranks of professional women who were also mothers. She thinks the Liberals have serious work to do to rebuild the party and restore trust with women.

“At this point it’s really important that we do have women that are like me in the parliament. I think direct representation is not necessary. But you need to have some of those people in there … [to get] a mixture of voices,” she says.

“It helps to have more women running in safe seats. But I just don’t know what’s safe anymore.”

Mary-Lou Jarvis, president of the NSW Liberal Women’s Council, also says the party must make sure it chooses female candidates in winnable or traditional Liberal seats, not just marginal ones.

“If we’re in the business of winning elections and representing the community, we need to reflect what the community or what the voters want. And the voters resoundingly indicated they wanted more women in parliament,” she says.

All the male-held, blue-ribbon seats the Liberals lost were won by female independents.

“If we’re serious, if we set fair and reasonable targets [for female representation], we can achieve them,” Jarvis says.

An analysis of candidates in the election found both major parties were more likely to put women than men in marginal or unwinnable contests. But again, the Coalition was worse than Labor.

The question of quotas is a perennial one for the Liberals, who strongly resist the idea. Labor has had them in place since the mid-1990s and is now near gender parity in its federal parliamentary ranks.

Ley says the Liberals should consider “quotas with merit”, but notes it’s a matter for each state branch to decide separately.

Melissa McIntosh, who held her seat of Lindsay and was one of the few Liberals across the country to earn a swing towards her, says more than targets for preselection, the party has to make sure it’s recruiting women at the grassroots level.

“You can have all the quotas in the world. But if you don’t have the mechanisms in place, the programs in place, mentorship through the ranks from grassroots to leadership, then you will never sustainably hold those targets or those quotas,” McIntosh says.

“And that’s something that we definitely should be looking at as we move forward. We should always be ensuring that we’re supporting women through the party into political positions and beyond.”