It didn’t take very long for Regé-Jean Page to tap into the role of Bridgerton’s Duke of Hastings, Simon Bassett, who grapples with everything from a fear of disappointing his father to pushing his true love (Phoebe Dynevor) away.

“I mean, that doesn’t sound like a common story about men at all,” he told ESSENCE sarcastically over the phone from Los Angeles just weeks before the series’ Netflix premiere, which will serve as Shonda Rhimes’ debut project with the streaming giant.

It’s true; narratives about men quelling any sign of vulnerability as per an unspoken rule of virility is not rare in Hollywood—or in life. In fact, like many young boys and men, Page, who was born in Zimbabwe and moved to London when he was 14, grew up in, as he described, an “academically focused family” with the typical understanding of gender roles: “The point is, you go out, you get a degree, you provide for your family,” he recalled. 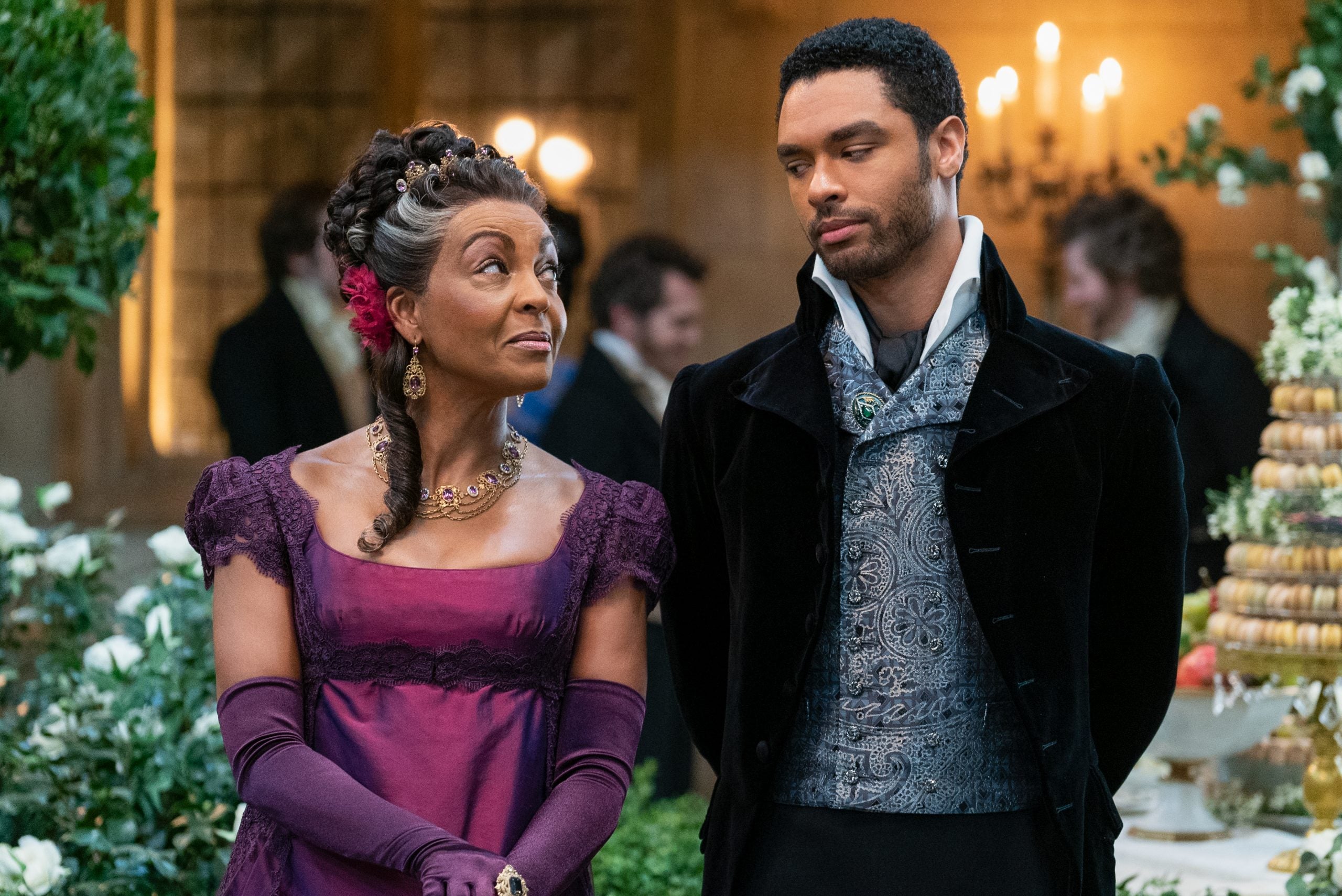 It wasn’t until a friend recommended that Page, now 30, join the National Youth Theatre in the U.K., and he actually engaged with professional actors, that he even considered theater and acting as a viable path for him.

“I was like, ‘Oh, man, there’s a bunch of people who [do this] super seriously, who can take this as far as I imagined it could go,” he continued. It was the first time Page, who grew up playing drums in punk bands, began to pave a new lane for himself. That same curiosity to disrupt the norm is what also attracted the actor to Simon, an alpha male character he recognizes as a man struggling to fulfill his father’s legacy and not succumb to such quibbles as romance, or actually confronting the fact that he’s got “daddy issues,” as Page explained.

“Simon represents a fairly common archetype about the male antihero; the attractive male romantic as it is tall, dark, brooding, mysterious and utterly broken,” he added. It takes the entire season of Bridgerton for Page to really break down that standard, obliterating male stereotypes as he aimed for a more human, three-dimensional portrayal of a member of a royal family struggling to come into his own. That’s something Page, who brings that same level of authenticity to Sylvie’s Love this month, strives to achieve in his own life.

“Once you are able to stop repressing your emotions or wearing that [like] some kind of badge of honor, then you’re able to realize who you are and how you can better interact with people you claim to love,” Page said. “The goal is no longer to achieve perfect repression. It is to defeat repression to achieve humanity.”