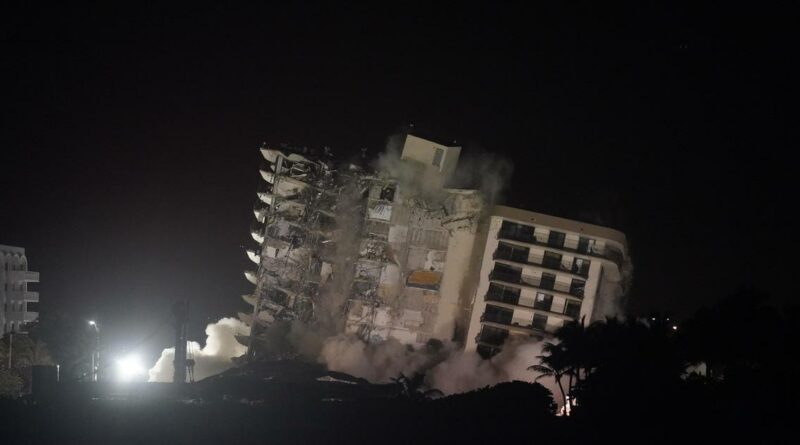 The remainder of the collapsed condo building in Surfside, Florida, was demolished Sunday night, clearing the way for search and rescue operations to resume. What had been left of Champlain Towers South, which collapsed June 24, was brought down at 10:30 p.m.

Officials said earlier in the day that rescue crews could resume working sometime between 15 and 60 minutes after the demolition. At the time of the demolition, the remains of 24 people had been recovered and 121 people were still missing.

Search and rescue operations were suspended Saturday to allow for demolition crews to work on what was left of the building.

12 days after the Surfside building collapse, the remaining part of the building has been demolished over concerns the damaged structure was at risk of falling, endangering the crews below. https://t.co/iKr6irEKtM pic.twitter.com/3Q8nYnMdd8

Surfside Mayor Charles Burkett said Sunday on “Face the Nation” that demolishing what was left of the building would open up more areas for rescue crews to operate.

“We are going to attack it big time and we are going to try to pull those victims out and reunite them with their families,” he said.

Officials had also been worried about the approaching Tropical Storm Elsa. There was concern that strong winds could cause the rest of the structure to collapse in an uncontrolled manner.