Revealed: The HEALTHIEST supermarket baby food on shelves – as Sainsbury’s launches a vegetable-focused range for little ones that includes katsu curry and dahl flavours

Baby food has undergone a revolution in the last few years, with brands offering more organic, vegetable-packed healthy products to parents than ever before.

Now Sainsbury’s is looking to cash in on the ultra-healthy baby food trend by launching an own-brand Littles Ones range containing 50 new products aimed at babies and toddlers between four months and three years old.

The aim is to help youngsters enjoy vegetables more, with no sugary snacks as part of the range as brands look to reduce sugar content.

Flavours in the range include sophisticated flavours such as katsu curry and chickpea dahl and Sainsbury’s says that many products are packed with fruit and vegetables to help little ones reach their five-a-day.

But how do they compare in terms of healthiness to similar products by well-known brands such as Cow & Gate, HiPP and Kiddyum? 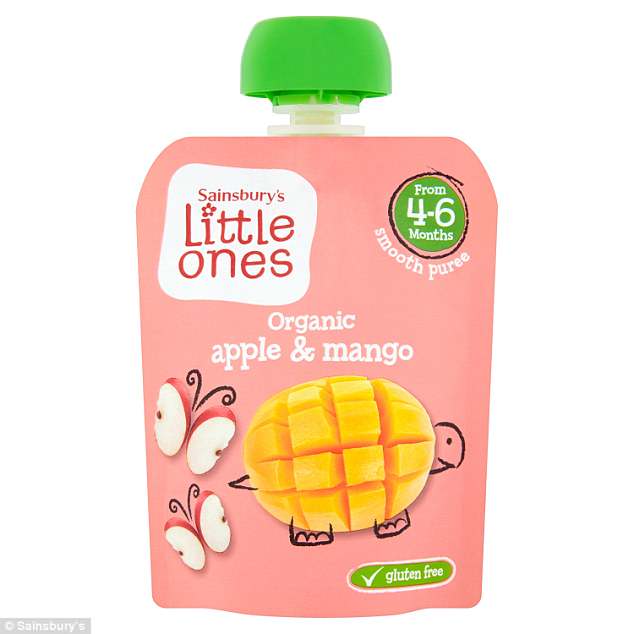 Sainsbury’s Little Ones Organic Apple & Mango puree has the least sugar of similar purees by Cow & Gate and HiPP.

Sainsbury’s puree, for babies between four and six months, contains 8.5g of sugar, while both Cow & Gate and HiPP’s puree contain more than 9g. 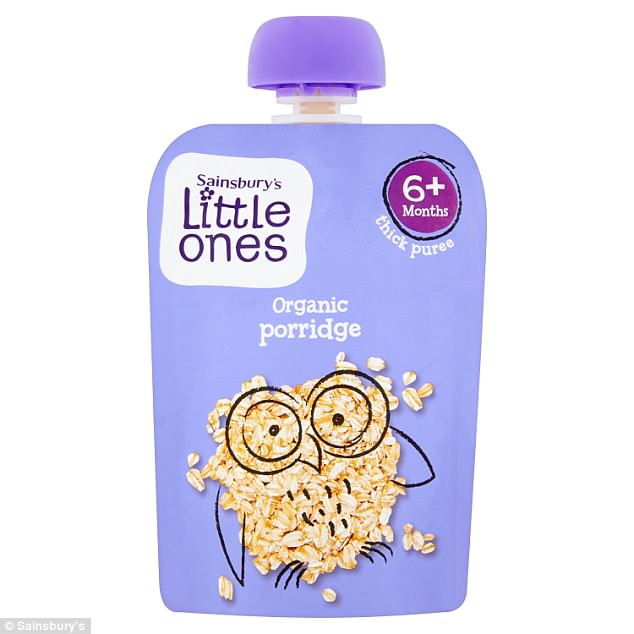 There are more than 50 items in Sainsbury’s new own-brand baby food range, including this Organic Porridge pouch for six month olds

Sainsbury’s baby porridge however only contains 2.6g of sugar, but it does contain slightly more salt than Cow & Gate and Aptamil’s products. 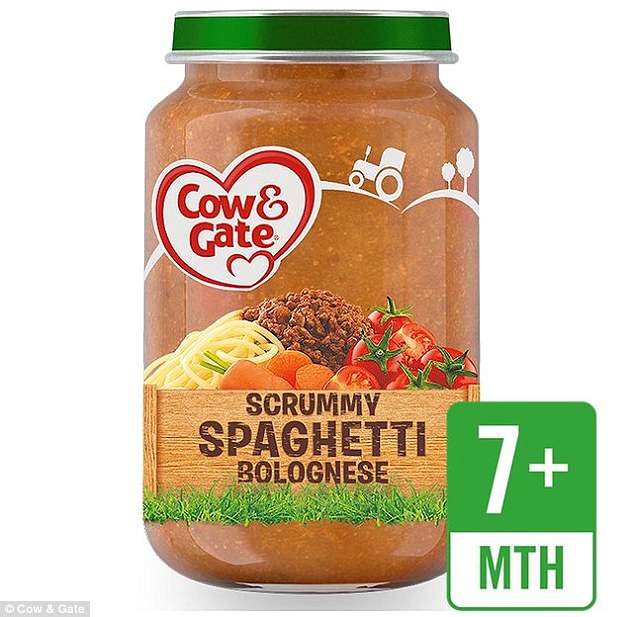 Cow & Gate’s Scrummy Spaghetti Bolognese Jar contains the least sugar of similar products on supermarket shelves with just 1.7g, and it also has barely any salt with just 0.06g.

Sainsbury’s new Little Ones Organic Spaghetti Bolognese with Cheese puree comes in second for having 2.6g of sugar.

HiPP’s puree contains 3.6g of sugar, while Kiddylicious’s Little Bistro Spaghetti Bolognese has the most of the four options with 3.8g.

Kiddylicious’s Little Bistro Fish & Vegetable Pie puree on the other hand contains more than double that amount with 3.1g of sugar. 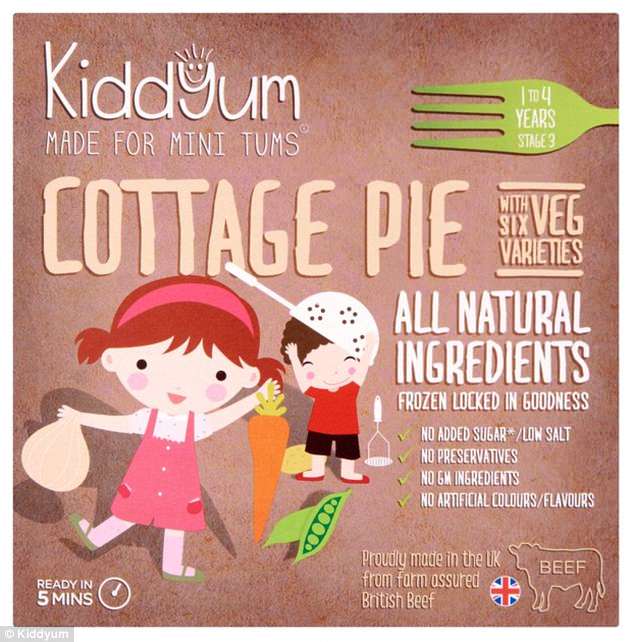 The rest all contain more than 5g of sugar.