As multi-millionaires with royal relations, it is of little surprise Pippa Middleton and husband James Matthews plumped for the very best when it came to buying for their baby.

The new parents were seen pushing their week-old son in a £1,119 pram as they headed out for a family stroll near their £17million west London home on Sunday. 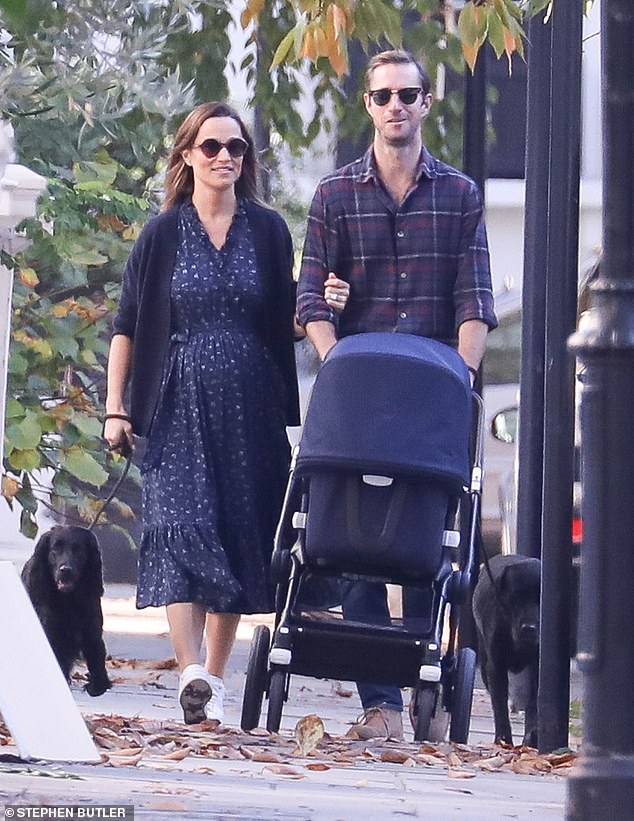 Pippa Middleton and James Matthews were seen pushing their newborn son in a £1,119 Bugaboo pram as they headed out for a family stroll in west London on Sunday, pictured 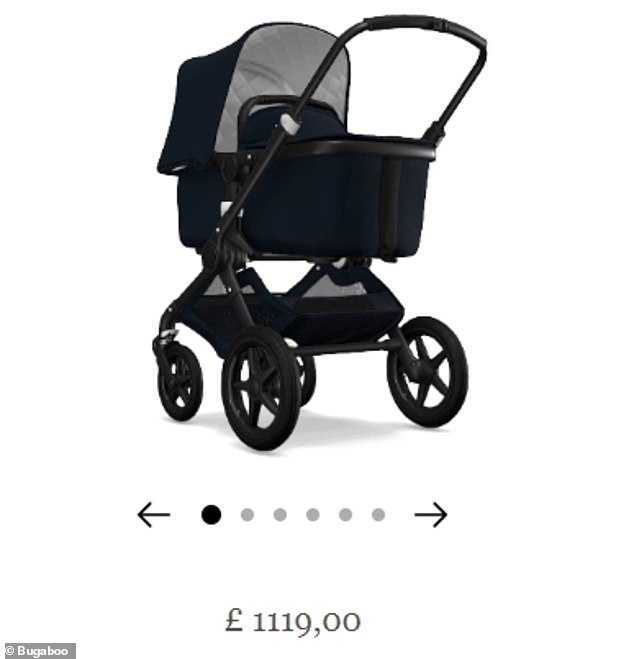 Pippa’s older sister the Duchess of Cambridge, 37, is also rumoured to have purchased a Bugaboo design ahead of the birth of Prince George in 2013.

It also boasts features designed to make the precious cargo as comfortable as possible, including a quilted micro twill lining and advanced all-wheel suspension system that sounds befitting of a high super car.

Pippa, 35, and financier husband James, 43, were seen with their newborn son for the first time on Sunday. 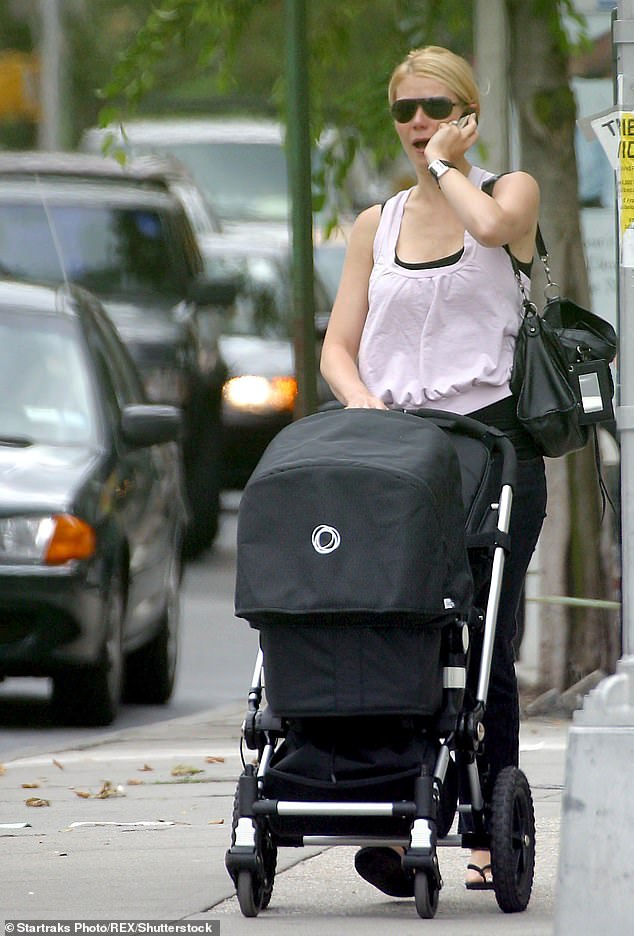 Fans of the Bugaboo models include actress Gwyneth Paltrow, who chose one of the designs for daughter Apple, now 14. Pictured, Gwyneth with her newborn daughter in 2004 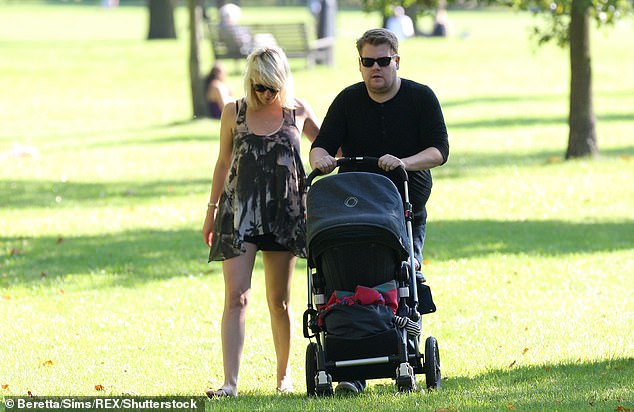 James Corden was seen pushing son Max, now seven, in a Bugaboo pram while strolling with then girlfriend Julia Carey in Primrose Hill, London, in September 2011 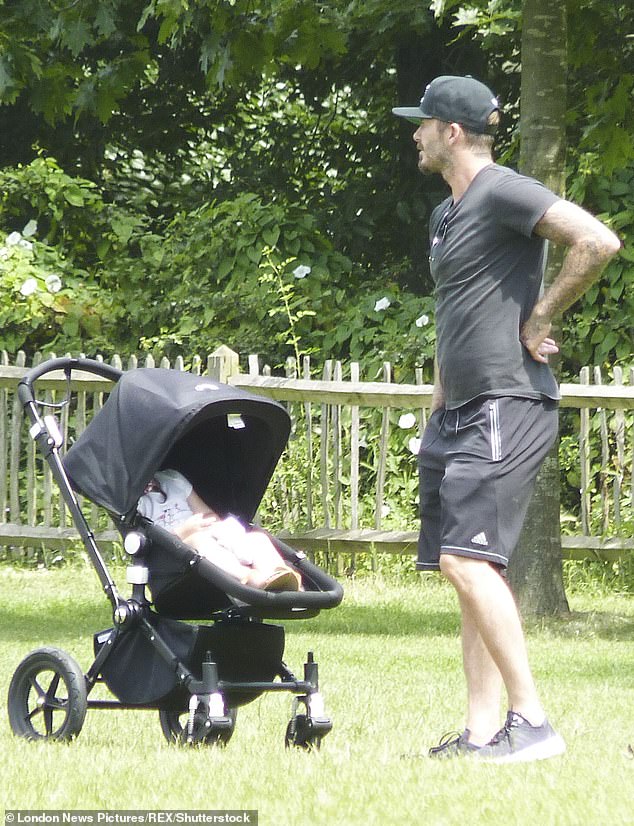 Father-of-four David Beckham also plumped for a Bugaboo pushchair for daughter Harper, now seven. Pictured, father and daughter in a park in London in June 2014

The picture of domestic bliss, the couple also brought along their two dogs, a Labrador and a Cocker Spaniel named Rafa, on the family outing in leafy Chelsea.

Pippa welcomed a baby boy weighing 8lb and 9oz at the private Lindo Wing, at St Mary’s Hospital, Paddington, last Monday afternoon, but his name has not yet been revealed.

Despite being just a few days into parenthood, the couple, who tied the knot in May last year appeared perfectly at ease as they joined Londoners soaking up the autumn sunshine.

They chatted happily as they ambled along the pavement, with Pippa at one point taking hold of her husband’s arm in a sweet show of affection. 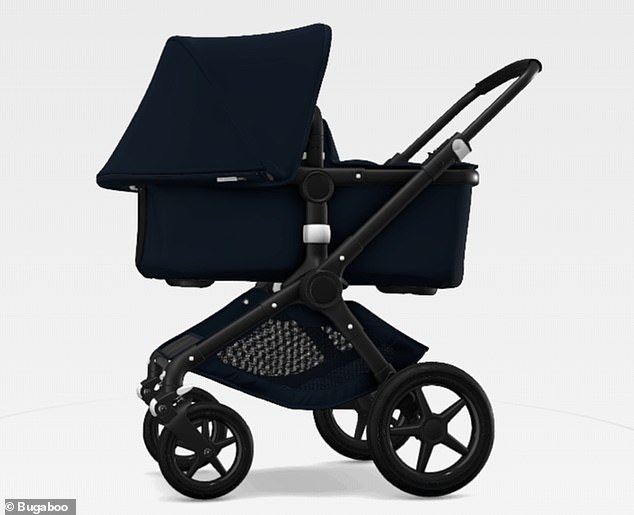 The Bugaboo Fox Classic, pictured in navy, can be configured with a seat or a bassinet as seen above. The pushchair boasts wheel suspension that makes the ride more stable for the baby 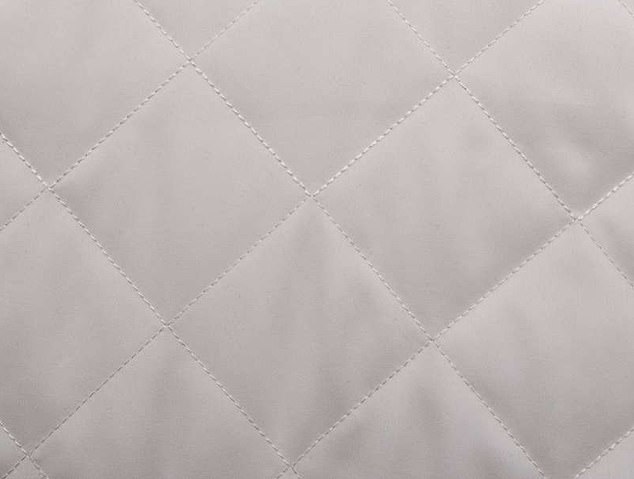 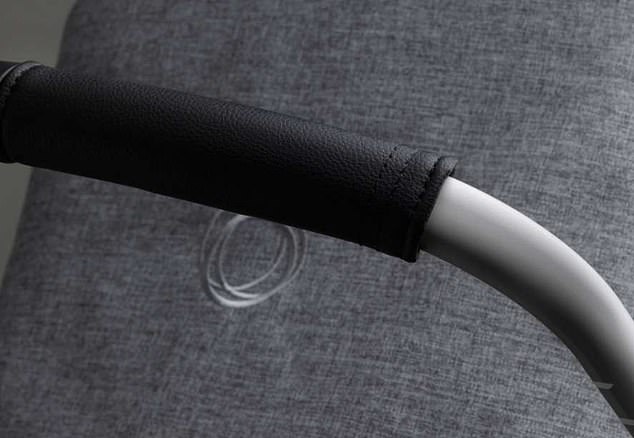 Attention has also been paid to the handlebar covers, pictured, which are hand-stitched and have a leather effect

The new mother looked laid-back in a £350 day dress with ruffle detailing by favourite designer Kate Spade, which she wore under a £135 navy cardigan by Cos.

She stayed comfortable in her £350 Jimmy Choo trainers – which became a pregnancy wardrobe staple – and finished the look with a pair of oversized round sunglasses and a pair of star-shaped stud earrings.

Meanwhile her financier husband James was unusually casual in a red and blue plaid shirt, which he teamed with dark blue jeans and brown desert boots. He pushed their newborn son in a £1,119 Bugaboo Fox Classic pushchair.

The Matthews’ baby was delivered at the £7,500-a-night private maternity unit where the Duchess of Cambridge gave birth to her three children. 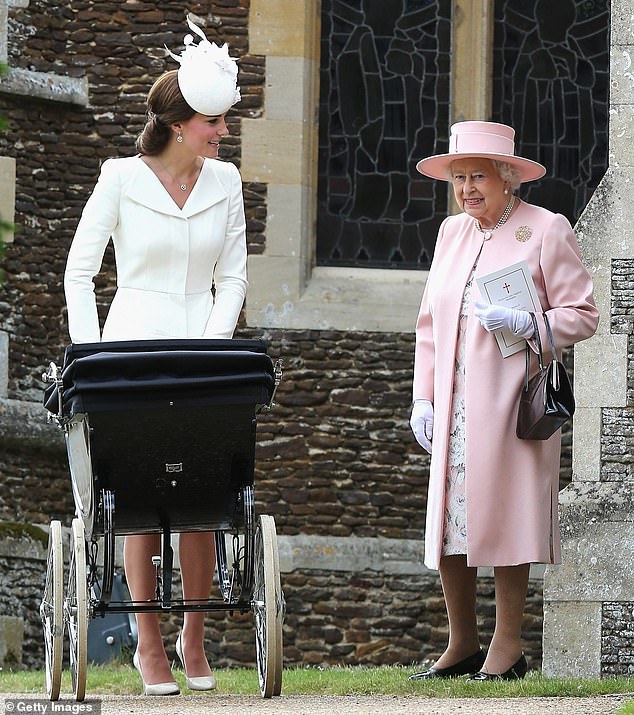 It was reported the Duchess of Cambridge had bought a Bugaboo pushchair ahead of the birth of Prince George in 2013. However the mother-of-three has only been seen with the £1,600 Silver Cross baby carriage she had at Princess Charlotte’s Christening in July 2015, pictured

Why more rats are being spotted during lockdown

Cathedral of St. John the Divine being turned into coronavirus field hospital
Travel