Teenager who eats caviar for breakfast gives up her £2,000 allowance to live with a single mother on benefits for a reality show – but checks into a hotel instead after REFUSING to sleep on the sofa

A teenager who fritters away her £2,000 allowance on designer shopping sprees swapped her lavish lifestyle for life on the breadline as part of a reality TV experiment.

Angelina Green, 16, from London, enjoys jetting off on sun-soaked holidays, splashing out on high-end clothes and thinks nothing of indulging in caviar for breakfast – all at the expense of her wealthy parents.

So it is of little surprise she found herself struggling when she was tasked with spending two days living with cash-strapped single mother Amy Gannon, 19, as part of 5STAR’s Rich Kids Go Skint.

Amy relies on a weekly benefit payment of £150 to cover the cost of bills, essentials and food for herself, her three-year-old son Mason, her disabled mother and their pets.

And while Angelina and her family think nothing of spending hundreds of pounds on meals out, Amy carefully budgets £30 for the weekly shop at Lidl. 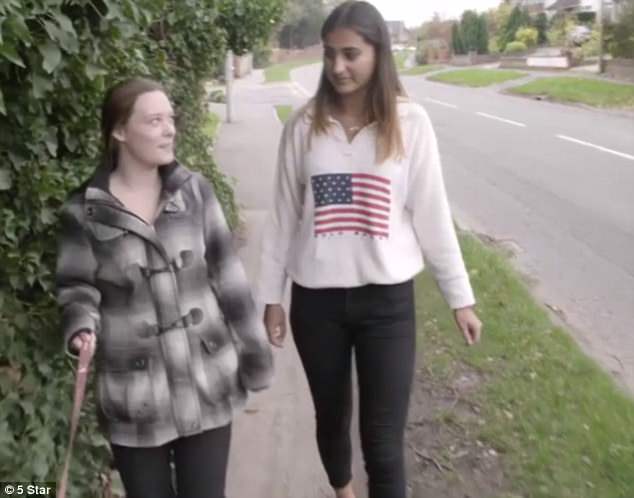 Angelina Green, 16, right, spent two days living with single mother Amy Gannon, 19, left, who relies on £150-a-week in benefits to support herself, her mother and her toddler son 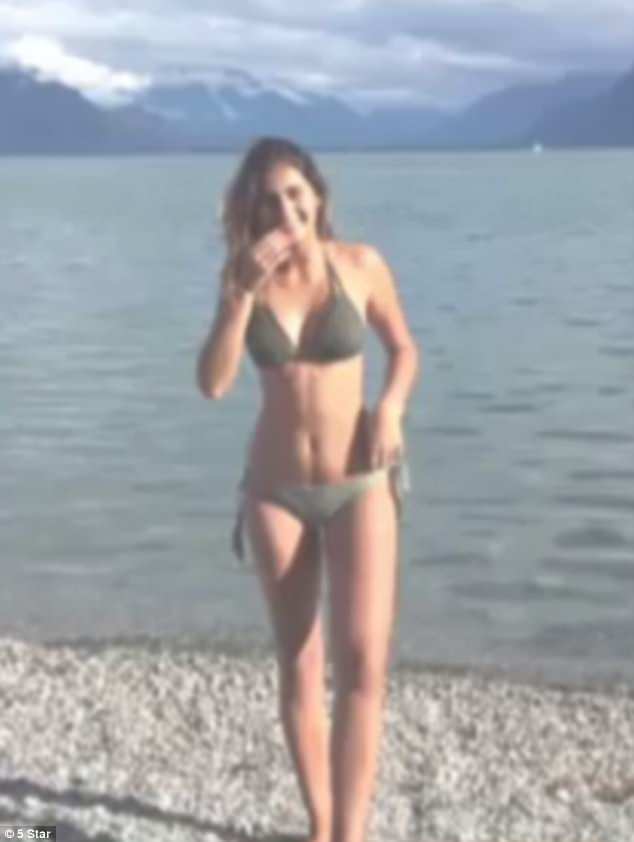 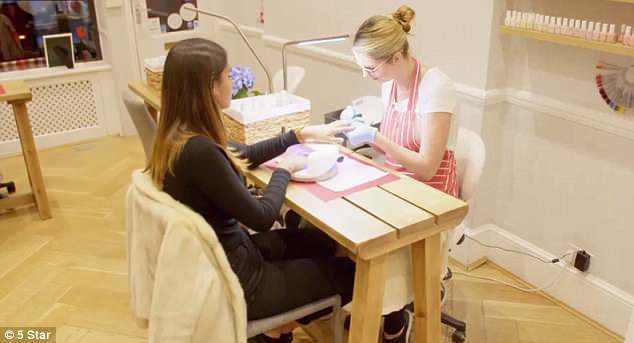 The teenager is given £2,000 a month to spend how she likes and simply has to ask for more

Angelina, who admits she simply needs to ask her father if she ever wants to top up her generous allowance, was put forward for the experiment by her mother so she could learn to appreciate how fortunate she is.

But the experience got off to a rocky start when she refused to spend the night on the living room sofa at Amy’s Housing Association home.

Instead Angelina checked herself into a nearby hotel where rooms cost more than three times her host’s weekly food budget.

As she climbed into the plush double bed, she said: ‘I’m go glad I’m here [in the hotel], I really couldn’t bring myself to stay there.’ 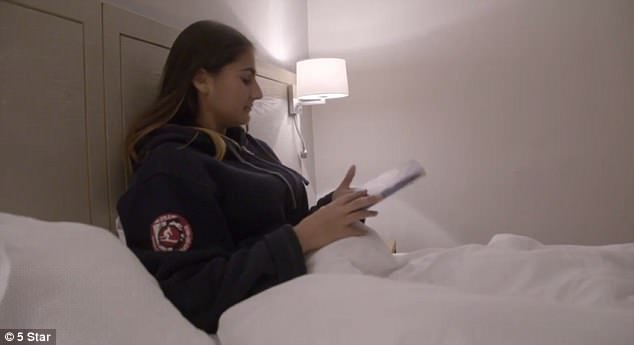 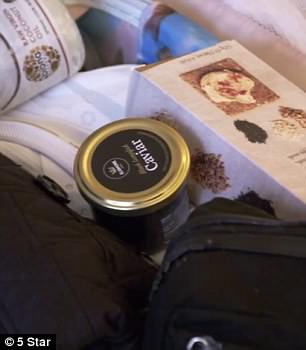 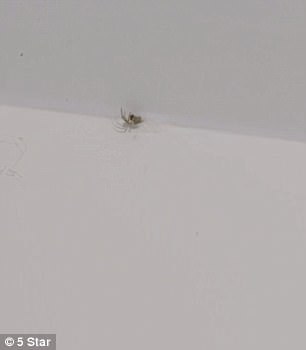 In a show of her privilege, Angelina brought caviar to have for breakfast, left, while staying with Amy who has £30 a week to spend on food. Right, a spider in the living room 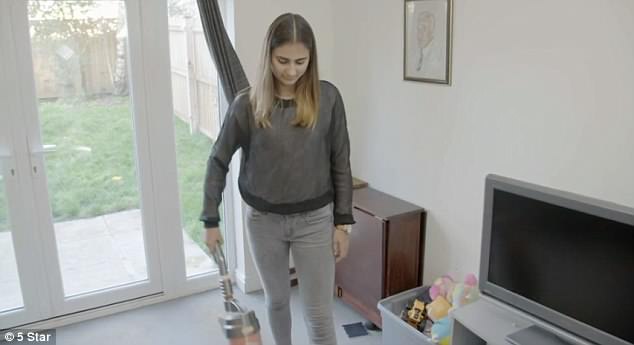 Amy was left shocked at her visitor’s lack of life skills when she asked her to help with the housework. Pictured, Angelina tries using a vacuum cleaner for the first time

Despite her luxury sleeping arrangement, Angelina was soon confronted with the reality of Amy’s lifestyle and quickly realises her privilege.

Amy, who discovered she was pregnant just days before her sixteenth birthday, receives £150 a week in benefits. Some £120 is spent on bills, leaving £30 for food and luxuries.

She explained that if she has a little leftover she spends it on sweets for her son, or on a new toy from the local charity shop.

While Angelina brought with her a £800 Barbour jacket and a tin of caviar to have for breakfast, Amy has worn the same £15 jacket for eight years. 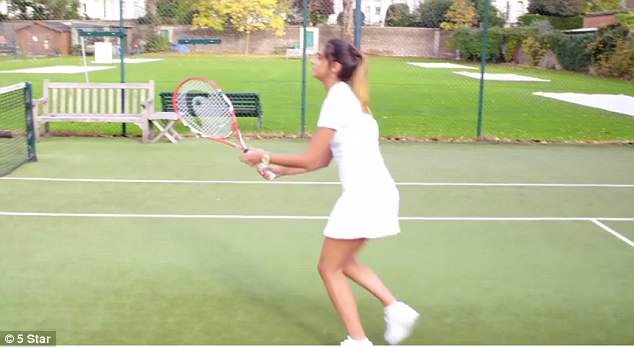 Angelina enjoys playing tennis at her school, while Amy can only go horse riding once a year 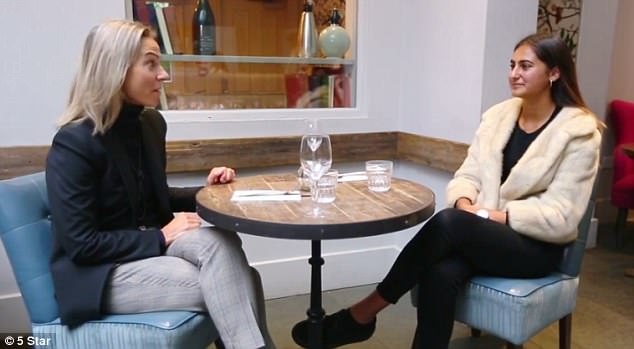 Angelina was signed up for the show by her mother, pictured, who wanted her daughter to see how privileged she is 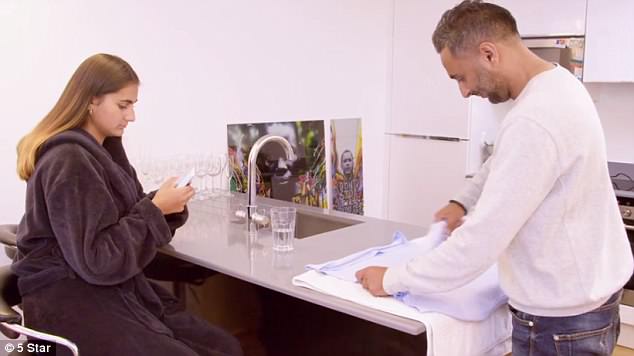 Angelina relies on others to take care of her. Pictured, her father does her ironing 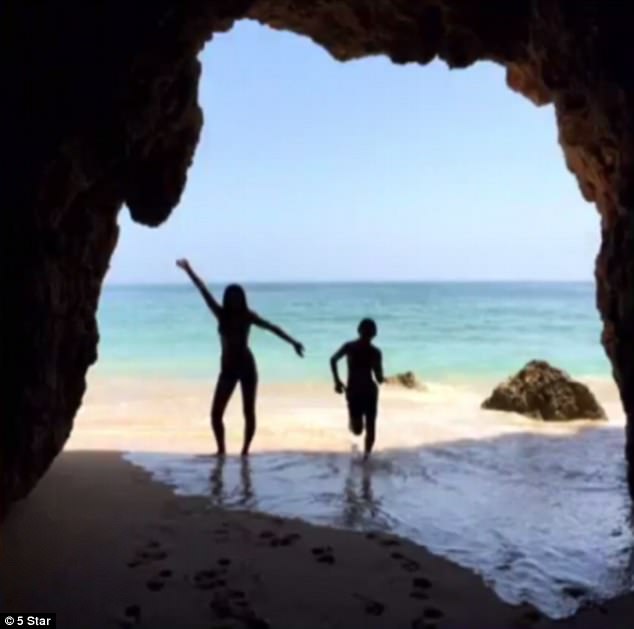 The teenager came to appreciate how lucky she was to jet off on foreign holidays, pictured

But Amy said she is discouraged from finding a job because the cost of childcare would leave her financially worse off than she is on benefits.

The stay-at-home mother was left shocked at her visitor’s lack of life skills when she asked her to help with the housework.

Angelina struggled to work the vacuum cleaner, admitting she has never used one before. And once she is shown how to by Amy she quickly stopped, saying it is ‘boring’.

She also gave up helping Amy with dinner when her arm started to hurt while grating cheese.

Amy said: ‘I was quite shocked when she couldn’t use a vacuum cleaner, I thought she was messing around because I thought everyone had vacuumed at least once in their lives. Rich or not.’ 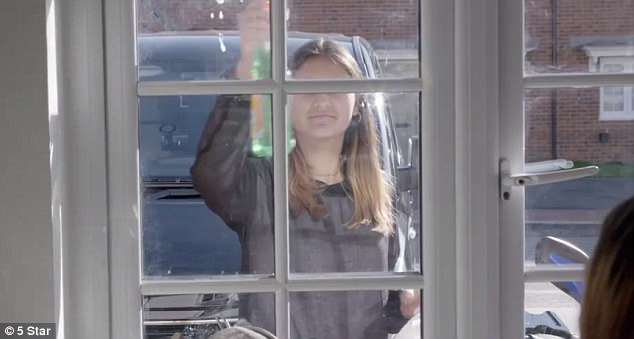 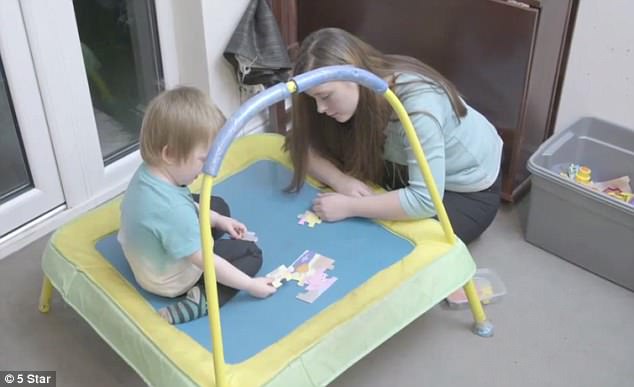 However Angelina made progress by the end of her stay, successfully completing the family’s weekly food shop at Lidl for just £28 – £2 under budget.

She was also struck by thestruggles Amy has overcome after the young mother revealed she has suffered from depression from the age of 13.

Amy credits her son with saving her life, admitting she was on a downward spiral before his birth.

Angelina praised her resilience, saying: ‘She’s had to go through it a lot at such a young age and I’d hate to be put through that situation. I’m really grateful I have people I can rely on and who I know are there for me.

‘She’s literally had no one to help her and shes had to go through it all herself. It’s amazing how anyone her age can do that.’

Since the show stopped filming the pair have stayed in touch and Angelina has started to help around the house and now donates to food banks. 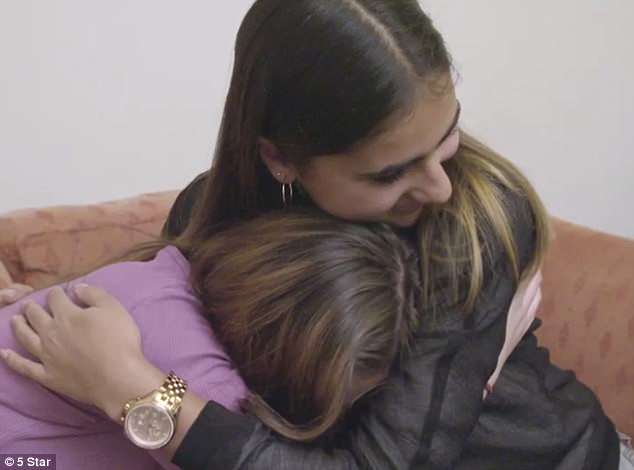