Home » Lifestyle » RICHARD LITTLEJOHN: Forget the Brexit doomsters, we will be OK

RICHARD LITTLEJOHN: Forget the Brexit doomsters… toilet roll shortage or not, we will be OK 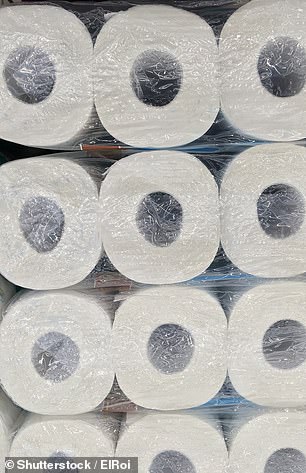 Just when you thought Project Fear couldn’t get any dafter, along come some of the most bizarre scare stories yet.

The first was a warning that toilet paper will be in short supply if Britain leaves the EU without a deal.

According to one manufacturer: ‘Stocks are not unlimited and will not withstand long-term border delays or panic buying.’

Are they seriously suggesting we could soon be seeing people panic buying bog rolls, fighting in the aisles over the last multi-pack of Charmin quilted?

Even if there is a shortage, we’ll manage. Soft toilet paper is a relatively recent luxury. In living memory many homes made do with cut-up newspapers and could again in an emergency.

The Guardian would be eminently suitable for such a purpose.

I’m sure it won’t come to that, though.  Frankly, I don’t believe any of these hysterical doomsday scenarios with which we have been bombarbed ever since we voted Leave.

Toilet tissue is simply the latest commodity we are told will disappear from the shelves if we ‘crash out’ of the EU, along with everything from vital medicines to fancy sparkling water.

The society magazine Tatler has published a cut-out-and-keep guide to those essentials its readers should stockpile.

I’d like to think it was tongue in cheek, but these days, with no end in sight to Brexit Derangement Syndrome, you never can tell.

Anyway, top priority should be given to buying up all available supplies of Evian mineral water, which can also be used for washing and flushing toilets when the mains water and sewage system collapses due to Brexit. 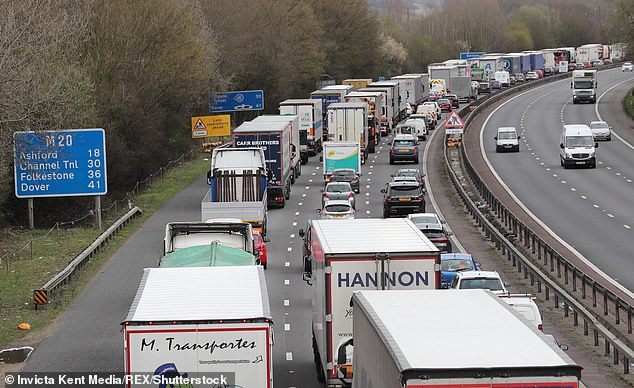 Heaven forfend that Meghan might run out of pistachio-flavoured pastries.

There’s another one of those sentences I never expected to read, let alone write.

For a while, the hilarious antics of dedicated doggers provided plenty of fun for this column and gave Gary a wonderful range of material for his cartoons.

Many of those gathering in car parks and local beauty spots to have casual sex, while others watched, decided to spice things up by wearing fancy dress.

I can remember reporting on a number of dogging-related incidents featuring people dressed as everything from Tinkerbell to Elvis Presley. 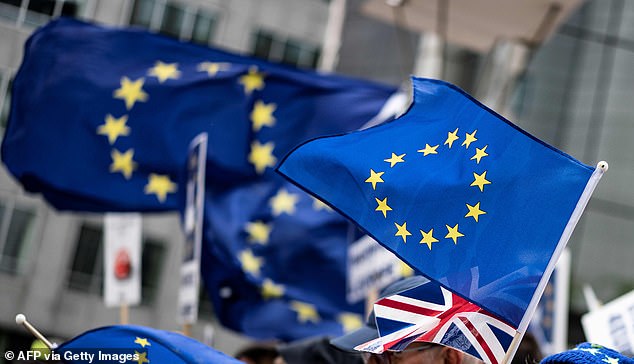 If half the Project Fear scare stories were true, you might have thought that people would be deserting Britain. Yet only yesterday, it was revealed that record numbers of EU nationals have successfully applied to stay permanently in this country (stock image)

Could we soon see a return to these golden days of roadside debauchery?

Planners are concerned that drivers facing delays of up to two-and-a-half days because they haven’t got the right paperwork after October 31 will resort to having sex with strangers to pass the time.

You couldn’t make it up.

Why do the planners assume that bored lorry drivers will choose to whittle away the long hours going at it like rabbits in lay-bys?

Perhaps they will use the time productively to play Sudoku or learn a foreign language.

Even so, what is the Government proposing to do about it? There aren’t enough coppers to go round, as it is.

And those we do have all seem to have been drafted into London to deal with the climate change maniacs.

Will the fire brigade be called in to turn the hoses on them?

I’m afraid if you were expecting a learned treatise on Brexit from me today, you’ll be disappointed.

No one has got the faintest idea what’s going to happen.

And anyone who says they have is a liar.

Maybe Boris and Lenny Verruca will cobble together some shoddy compromise on the Irish bus-stop.

Perhaps the Eurocrats will drop their overt hostility to Brexit and cease insulting our intelligence.

If even half the Project Fear scare stories were true, you might have thought that people would by now be deserting Britain.

Yet only yesterday, it was revealed that record numbers of EU nationals have successfully applied to stay permanently in this country.

More than 1.5 million have already been granted settled status and the same number again are expected to apply before Christmas.

Dismal defeatists like Spread Fear Phil — making himself busy all across the airwaves yesterday — continue to paint a picture of a No Deal Britain turning into a post-apocalyptic wasteland.

Clearly, it’s not a vision shared by EU immigrants who have made their homes here. Otherwise they’d be heading back home in droves on the first available Eurostar.

No, like the 17.4 million of us who voted Leave, our new fellow countrymen and women believe a post-Brexit, properly independent Britain has a shining future.

Somehow, despite the doomsters, I think we’ll be fine — toilet roll shortage or not.

By inclination, I’m not in favour of banning anything. Provided, of course, it doesn’t make other people’s lives a misery.

I’ve never understood, for instance, why you can’t have smoking pubs and non-smoking pubs. It’s called freedom of choice.

Yet I find myself, against my better instincts, drawn towards the suggestion that people should be banned from eating on public transport.

Not that I’m in favour of the nanny state. And people shouldn’t be stopped from munching a Mars bar on a bus.

There’s a time and place for everything, however.

One of the joys of our civilisation was always sitting in a proper restaurant carriage, eating a British Rail Full English Breakfast, complete with silver cutlery and a large Bloody Mary.

By comparison, nothing is worse than being crammed on a crowded train or bus next to someone tucking into a greasy three-course Happy Meal out of a cardboard box.

So I’d definitely ban the consumption of all hot food, especially on the London Underground.

Until, that is, they get round to putting buffet cars on the Piccadilly Line. 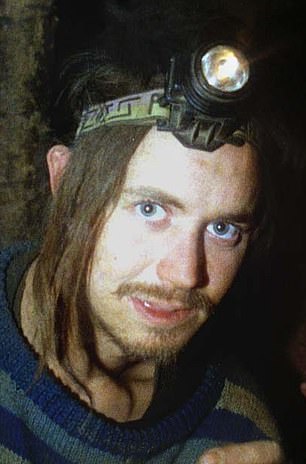 Swampy’s back! The eco-protester who made a name for himself 20-odd years ago is in the news again as a result of the latest climate change demonstrations.

He was recently in court after handcuffing himself to a concrete block on the road to an oil refinery in Wales.

I only ever came across him the once.

I was waiting for the lift at London Weekend Television, when the doors opened and out walked Swampy, who was recording Have I Got News For You in another studio.

As he emerged, I stepped in with my producer. Big mistake. Trust me, you’ve never smelt anything like it.

Here was a man who lived up to his nickname.

We had to evacuate immediately and take the stairs. LWT was forced to cordon off the lift and fumigate it.

How Merton and Hislop managed to sit alongside him for however long it took to record the show, I’ll never know.

Is it too much to hope that in the intervening two decades he’s had a bath?

Given that he lives in a teepee, I doubt it. Allegedly.