RICHARD LITTLEJOHN: If people want to describe themselves as male, female, or unicorn, that’s fine by me – but don’t expect everyone to go along with it

The past few days have produced a bumper crop of daft stories which I genuinely have no idea whether to file under You Couldn’t Make It Up or Makes You Proud To Be British.

Where to start? I’ll let you know when I stop laughing.

How about the gay sauna parlour which was forced to apologise to a ‘transgender man’ booted out for having female genitalia? Sorry, run that by me again. Best if I quote verbatim from the report in Her Majesty’s Daily Telegraph.

‘A gay sauna found itself in an equality row after asking a transgender man to leave its nude bath house.

‘Staff at Sailors Sauna, in East London, told a male patron, who is female by birth, that he could not use their facilities because they did not want to breach their licence, which categorised the hothouse as a “male space” . . . 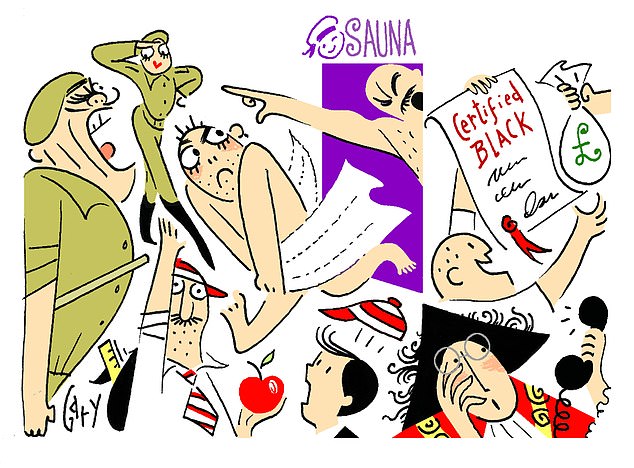 ‘The transgender man, who is protected from discrimination under the Equality Act 2010, later told an online news website, that he was asked to leave “because of my genitals”.’

Or, rather: Goodbye, Sailor!

Talk about a marmalade dropper. I wonder what the Telegraph’s legendary letter-writer Disgusted of Tunbridge Wells made of it.

The statement from the owner of Sailors Sauna, which is described as ‘sex friendly’, is classic Flowerpot Man: ‘We are only licensed for men to use the venue.

‘I understand the gentleman was male, however, his physical gender was different and as a customer had already stated that a female was using the venue, I explained that I would need to clarify with the council.’

If ever a story summed up the insanity of the 2010 Equality Act, this is it. Whatever good intention the architects of this piece of legislation may have had, the outcome has been rip-roaring bonkers.

We’ve already had hardcore feminists rightly outraged over biological men demanding, and receiving, the right to use women-only facilities, such as toilets and changing rooms.

But who could ever have imagined that one consequence of the Act would be that a 100 per cent deficiency in the trouser department would no longer bar a biological woman from enjoying the delights of a sauna established exclusively to serve male homosexuals?

Or that the owner of said sauna would have to ring the local council to determine whether someone in possession of a vagina could describe herself as a man and, therefore, demand admittance to an all-male nude bath house?

That must have been an interesting conversation. ‘Er, I’ll have a word with the Mayor and get back to you.’

This is where the lunacy of the deranged ‘trans’ agenda inevitably leads.

Yesterday this newspaper reported: ‘A transgender soldier who became Britain’s first female on the front line has been forced to deny an affair with an Army colleague’s wife.

‘It is understood the pair were introduced by mutual friends and grew close when Mrs Gray helped Guardsman Allen apply make-up after she told military chiefs she wanted to live as a woman.’

Apparently, Chloe Allen is now shacked up with Mrs Gray, who has recently taken delivery of a new king-size bed but denies a sexual relationship.

From what I can gather, Chloe retains ownership of a full set of credentials which would entitle her to take advantage of the steam room at Sailors Sauna, without the necessity of seeking clearance from the Town Hall.

If Chloe had still defined as a man, she could have been cashiered for knocking off a fellow soldier’s missus. But Army sources told the Mail on Sunday: ‘Scots Guard commanders gave Chloe their full support and stressed they wanted her to remain in the regiment whatever was happening in her private life.’

So that’s all right, then.

Look, if people want to describe themselves as male, female, orangutan or unicorn, that’s fine by me.

But they shouldn’t expect the rest of the world to go along with them. Nor should the law fly in the face of reality.

Why, when a biological male prisoner defining as a woman rapes a female inmate in a women’s jail, should we be expected to refer to ‘her’ penis?

Yet craven politicians have caved in to single-issue fanatics time and again, aided and abetted by showboating cultural warriors in the arts and broadcasting.

The only surprise about the latest Doctor Who episode featuring a planet where men have babies was that anyone was in the least bit surprised.

We already live in a world in which two gay men can have a baby without any reference to the child’s biological mother.

And before the usual suspects start bouncing up and down, I don’t want to ban it.

But it’s not just sex — sorry ‘gender’ — it’s everything else, too. Over the weekend, I’ve learned a new expression: ‘trans-black’.

This has been used to describe a white theatre director, of Irish extraction, who managed to obtain a grant reserved for ethnic minorities by pretending to be black.

Anthony Lennon claimed to have ‘gone through the struggles of a black man’ and even adopted an African name, Ekundayo.

Yesterday, radio phone-ins discussed earnestly whether he had the right to assume a black identity. Why?

Answer: no he didn’t. And if he doesn’t hand back the grant, which was made available for ‘theatre practitioners of colour’, he should be charged with obtaining money by false pretences.

Or perhaps not. Still, it doesn’t resolve my problem of what to file all this madness under.

How about Here We Go Looby Loo!

Speaking of letting people self-identify, that explains how an alleged 30-year-old Iranian asylum seeker with a six o’clock shadow has been allowed to enrol in a secondary school in Suffolk. The authorities are terrified of being branded RAY-CIST!

He’s already been accused of bombarding a teenage girl pupil with creepy texts.

How long before he defines as female and is given the right to use the girls’ toilets and showers? 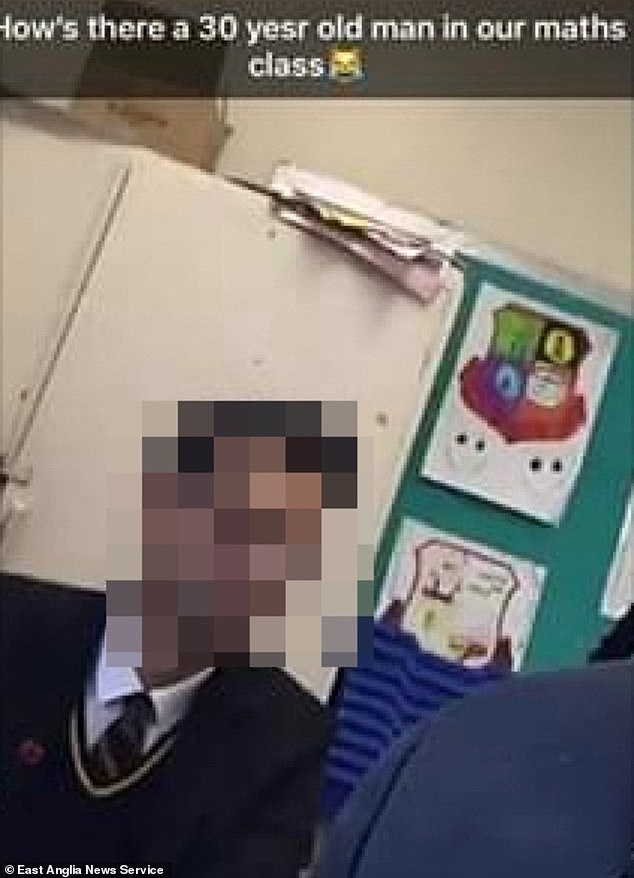 Speaking of letting people self-identify, that explains how an alleged 30-year-old Iranian asylum seeker with a six o’clock shadow has been allowed to enrol in a secondary school in Suffolk. The authorities are terrified of being branded RAY-CIST!

Last week I had lunch with an old mate of mine, a moderate Labour MP who represents a Leave constituency. Why, I asked him, don’t Labour simply promise to honour the referendum result and take Britain out of the EU, customs union and all?

That would instantly reverse Conservative gains in the Midlands and North and scupper Theresa May’s duplicitous Brexit betrayal. Surely it makes political sense?

Simple, he said. You can’t argue rationally against a religion. And Labour (and Tory) Remoaners belong to a euro-cult based in Brussels. They are immune to reason.

Since then a Labour MEP, Richard Corbett, has been looking forward to the day when ageing Leave voters start to die off, putting Remainers in the majority.

Do you think he’s trying to tell me something?

An elderly woman has been questioned by Thames Valley Police over a perceived ‘hate crime’ after honking her car horn at a black motorist who was holding her up at a petrol station.

No further action was taken, but she had a lucky escape.

Some years ago, I brought you news of a motorist in Stirling, central Scotland, who was arrested and held in a cell for two days after being accused by a Muslim couple of revving his engine ‘in a racially aggravated manner’. Ronnie Hutton was fined £150 for breach of the peace, but faced up to three months in jail if the racial element could have been proven.

Until the ludicrous hate crimes law is repealed — which it won’t be — mind how you go. 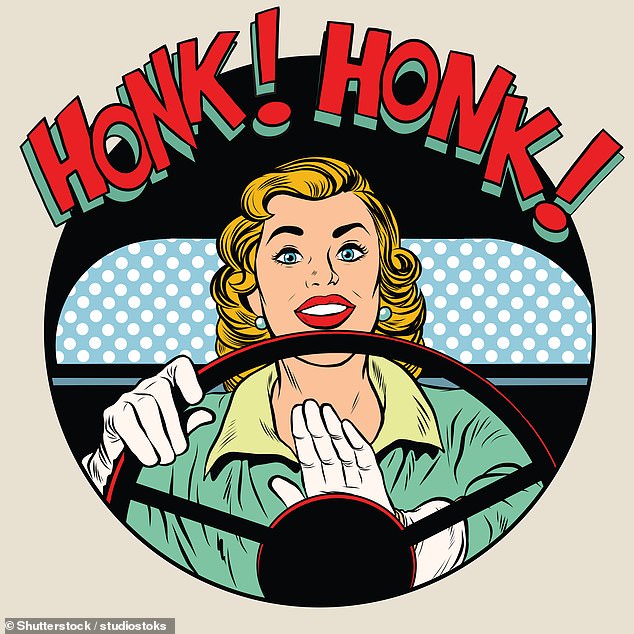 I’ve never met Paul Gambaccini, so it was kind of him, in his candid interview with the Mail’s Jane Fryer on Saturday, to acknowledge my support during his disgraceful ‘historic’ sex crimes ordeal.

I wasn’t just defending Gambo, I was sticking up for all those falsely accused, and for the presumption of innocence — Horace Rumpole’s ‘golden thread’. What struck me, though, is the way in which all his long-time Leftie friends in the Labour Party and Amnesty ran a mile in a desperate attempt to disassociate themselves from him.

Solidarity? These spineless hypocrites don’t know the meaning of the word.