RICHARD LITTLEJOHN: Why won’t Mother Theresa stand up for Britain?

Michael Gove, one of the leading lights of the Leave campaign, now says Brexiteers should swallow the Chequers sell-out.

He thinks it’s the best deal we’re going to get and will allow us to depart the EU ‘in good order’.

In any event, the Environment Secretary added, the agreement can always be modified by a future Prime Minister.

Sadly, Gove may be right. That’s what worries me.

Without going into all the mind-numbingly boring detail, Chequers would leave us locked into the EU in all but name. 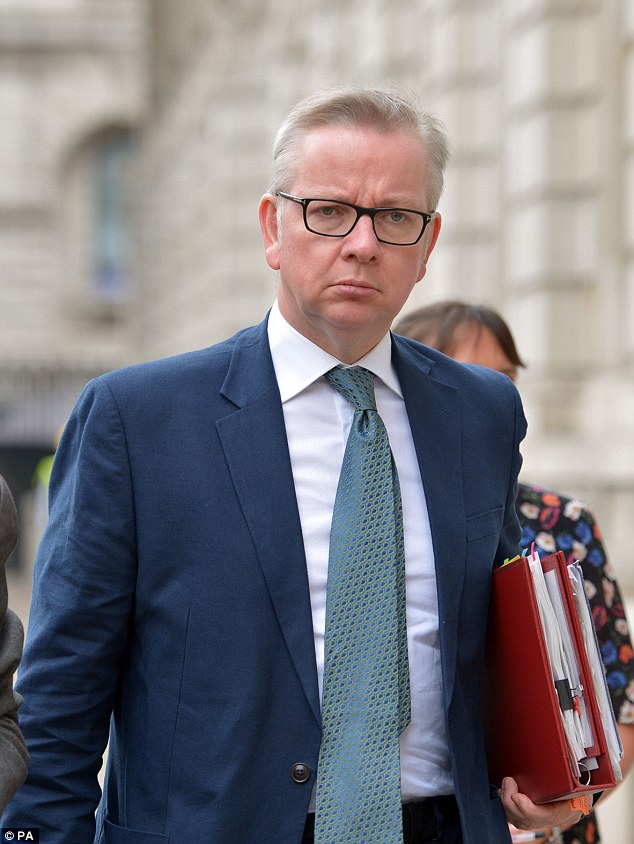 Michael Gove, one of the leading lights of the Leave campaign, now says Brexiteers should swallow the Chequers sell-out

If Gove is correct, what’s to stop any future Prime Minister taking us back in without bothering to consult the electorate?

After all, Parliament would be only too happy to rejoin in a heartbeat. Most MPs and peers never wanted to leave in the first place.

The political class has been attempting to stop Brexit since the referendum result was announced.

As Chequers would see us still subject to Single Market rules and the jurisdiction of the European Court of Justice, yet without any influence, die-hard federasts would argue it is only sensible that we seek a return to full membership.

One thing of which we can be certain: if a future government did intend to take us back into the EU, there would be absolutely no question of it being put to another referendum.

Those currently anxious to hold a second referendum on the terms of our departure are only doing so because they believe we can be terrified into reversing the original result.

If they thought they could nod through Parliament our re-entry to the EU without troubling the Great Unwashed, they wouldn’t hesitate. 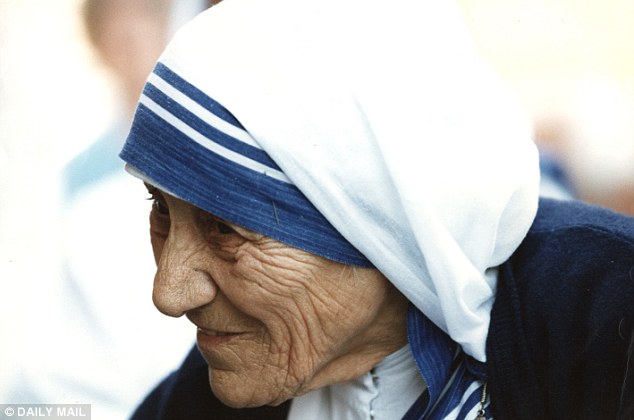 Chequers is already the closest thing to associate membership — a half-in, half-out dog’s breakfast, which would condemn us to leaving (or, rather, staying) on the worst possible terms.

Yet even that is apparently unacceptable to EU negotiators, who are confident they can subject us to still more humiliation.

Would you trust them not to force further concessions from, to use Gove’s words, a future PM?

And would you trust a future PM not to surrender still more of our sovereignty in exchange for a seat at the top table?

Even those of us who favour a tungsten-tipped hard Brexit, with No Deal as Plan A, have to accept reluctantly that we’re not getting out without compromises.

How much more Mother Theresa is prepared to concede will become apparent after tomorrow’s summit in Salzburg.

Depressingly, she’s already insisting: it’s my deal or no deal.

Hasn’t she realised yet that the stern ‘strong and stable’ look is so last year? It didn’t work at the General Election, when she squandered the Tories’ overall majority.

And it isn’t going to wash now. Her stubborn resilience may be her finest quality, but it is also her greatest weakness.

It’s just a pity she didn’t approach the apparatchiks of the EU with the same determination she has shown in facing down the so-called ‘rebels’ in her own party.

When Brexiteers David Davis and Boris Johnson walked out of Cabinet over her Chequers carve-up, I wrote that if Mrs May gets away with this constitutional outrage it will be the end of Britain as a proper democracy.

The alleged ‘rebels’ are standing up for the kind of meaningful Brexit 17.4 million of us voted for two years ago.

The real rebellion has come from the vested interests in the bureaucracy, big business and the political class, who have done everything in their grasp to overturn the democratically expressed will of the people.

And they’re still at it, drip-feeding daily predictions of doom.

The dismal, fanatically pro-EU Chancellor, Spread Fear Phil, was at it again yesterday, in concert with the head of the International Monetary Fund, a former French finance minister.

None of their earlier scare stories has remotely come to pass, but that hasn’t stopped them.

In the past few days we’ve had the Governor of the Bank of England warning that house prices will plummet by 35 per cent if we leave the EU without a deal and the Chief Constable of Kent gearing up for imaginary post-Brexit riots.

The good news is that no one actually believes any of this guff. Most people, however they voted, just want the politicians to get us the hell out of there on the best possible terms.

Inevitably, this historic exercise in popular democracy has been hijacked by the political establishment for their own ends, whether that involves furthering Boris’s leadership ambitions or Mother Theresa’s misguided attempt to legitimise her own premiership by calling a kamikaze election no one in the country wanted.

As THE Conservatives tear themselves apart, the Labour Party plans cynically to vote against whatever deal Mrs May manages to cobble together, in an attempt to bring down the Government and wreck Brexit altogether.

My best guess is that even the majority of those who voted Remain, for whatever reason, would cheerfully settle for friendship and free trade with Europe, without being manacled to a sclerotic superstate and forced to accept the rulings of foreign judges. How hard can it be to bring that about?

If Mother Theresa can’t handle that straightforward task, she should stand down and let someone else have a go. Salzburg is her last chance.

After two wasted years of vacillation and capitulation, the country is crying out for an optimistic Prime Minister who will embrace the opportunities presented by Brexit and stand up for Britain.

I wonder if Michael Gove’s got anyone in mind.

As the presenter responsible for the first — and, I believe, only — television appearance of The Half Monty, I have always taken a keen interest in the career prospects of dwarfs.

The Half Monty were a troupe of stripping dwarfs who modelled themselves on The Full Monty, the film about a bunch of redundant steel workers who turned Chippendale to earn some money.

So successful were they that we decided to feature dwarfs in every episode of that particular series. 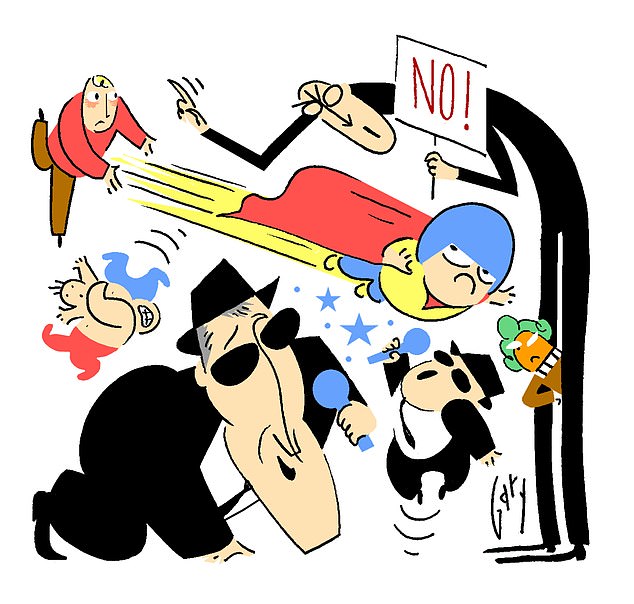 As the presenter responsible for the first — and, I believe, only — television appearance of The Half Monty, I have always taken a keen interest in the career prospects of dwarfs

After one show, the chief dwarf came up to me in the bar and apologised that he wouldn’t be available the following week, owing to a prior engagement at a dwarf-tossing championship in Barnsley.

But he said his brother-in-law, who was technically a midget, not a dwarf, would make a splendid stand-in.

And so he proved. The long-forgotten series, on Sky One, ended with me and the head dwarf dressed as the Blues Brothers, singing Wilson Pickett’s In The Midnight Hour.

We were proud to have been able to provide gainful employment for a vulnerable minority. And they were grateful for the work.

So I was intrigued to read at the weekend that planned dwarf-wrestling exhibitions in Leicester and Bournemouth have been cancelled after complaints from protesters. 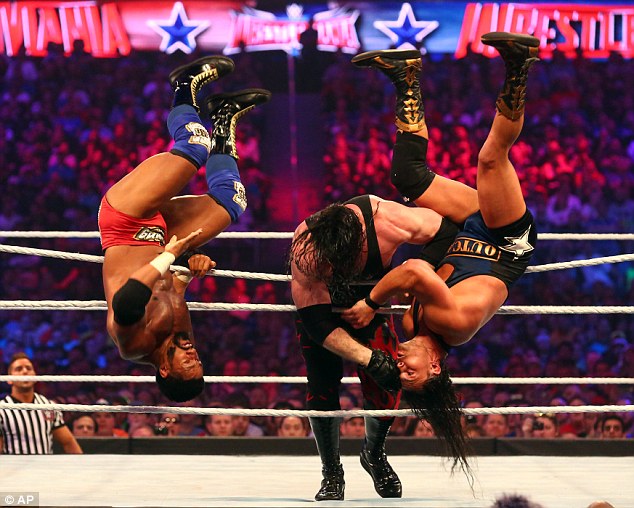 So I was intrigued to read at the weekend that planned dwarf-wrestling exhibitions in Leicester and Bournemouth have been cancelled after complaints from protesters. (Stock photo)

Gillian Martin, from something called the Restricted Growth Association, said: ‘We remain resolute in our belief that such events are primarily about encouraging audiences to laugh at people with dwarfism and the spectacle of violence against dwarf bodies as entertainment for average height people.’

It’s a point of view, but it has angered the wrestlers themselves, who belong to a Texas-based organisation called ‘The Dwarfanators’.

One wrestler, Michael Stone, said: ‘We’re going out there, working, providing for our families. We’re just trying to have fun and do our jobs.’

Surely if these people have chosen wrestling as a career, they should not be denied the chance to earn an honest living free from political interference.

Happily, two other events, in Cardiff and Swansea, are going ahead.

The Welsh obviously have a more enlightened view of dwarf-wrestling.