The cruellest role reversal: Robyn assumed her parents would always be there for her. Then, at just 25, she found herself back in her childhood bedroom caring for them

Lying under the pastel-pink duvet of my childhood bed, the class photos and pony pictures I pinned up as a schoolgirl still attached to the walls, I felt as though life had tipped me upside down.

Down the hall, Mum and Dad were tucked up in their room, where they’d hopefully sleep through until morning.

At which point, yet another day of being responsible for keeping them comfortable and safe would be set in motion.

I was 25, back living in the family home I’d left seven years earlier when I crossed the line that took me from dependent child to self-sufficient adult. Of course, back then, my youth and naivety cushioned me from any real sense of adult responsibility. 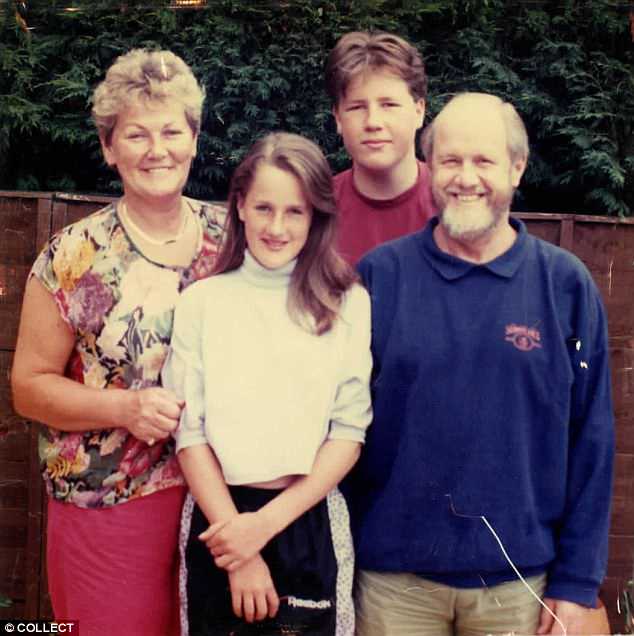 Precious memories: Robyn Hollingworth (pictured with her brother Gareth and parents Marjorie and David) shared leaving her career in London behind to care for her parents

Until relatively recently, trips home had been more like royal visits: endless fussing and coddling by two doting parents who were thrilled to have me back in the nest for a couple of days.

Did I have any washing for Mum? What did I want to watch on TV and eat for my tea? I’d sit with my feet curled under me on the sofa, while Mum passed me homemade cakes and hot drinks.

She and Dad would show unwavering interest as I held court, telling them about my life as part of the buying team for London’s famous Liberty department store.

I bathed in the uncomplicated adoration of two people who, I took it for granted, would always be in a position to look after me.

As little as two months earlier, my most pressing dilemma had been whether I should pay the gas bill or splash out instead on a designer blouse I’d had my eye on.

Stress came in the form of negotiating deals at work; fashionable parties and nights out with friends made up for long working hours and the drudgery of an underground commute.

I was a typical, privileged millennial. A bit of a ‘snowflake’, even. I’d lose my rag if I had to wait an extra two minutes for my Tube to work, while being told by a barman that he’d run out of my favourite wine would threaten to spoil a night out.

But now, as I lay in my old bedroom, listening out for any untoward sounds from down the hall, I already looked back on that life as though it had belonged to someone else.

A carefree young woman able to nod off peacefully without first checking off the long list of tasks that had punctuated an entirely different kind of day. 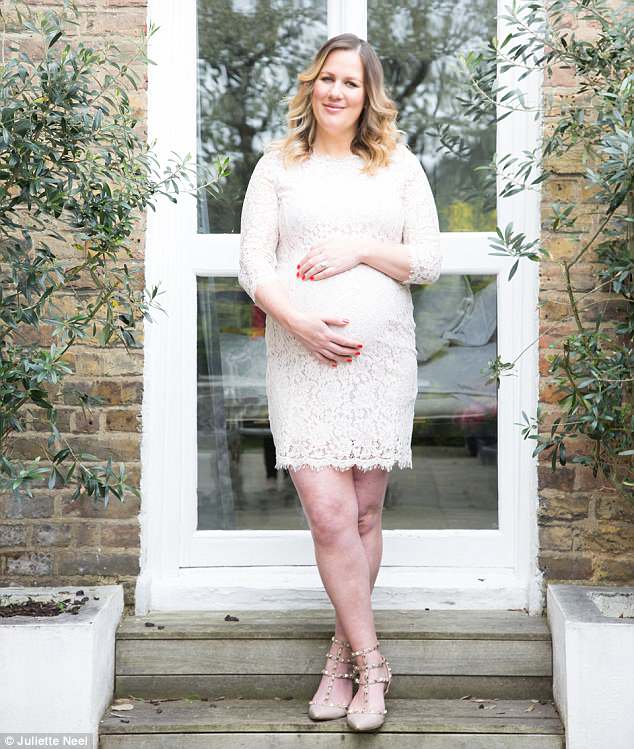 Had I given Mum all of her medication? Did Dad get enough fluids? Think so.

Had I forgotten any of their hospital appointments? Nope. Are both my parents still alive? Just about.

Of course, many young adults return to their childhood home: they boomerang back after trying independent living and finding it doesn’t fit so well.

But while they’re usually the ones in need of help, I was here because my parents’ lives had begun dramatically to unravel.

Mum was dying of cancer and Dad, a retired civil engineer, had early-onset dementia that was progressing at an alarmingly fast rate.

I discovered how desperately ill Mum was only after I quit my job so I could move back to their home in Pontypool, South Wales, in 2005 to help her look after Dad. She passed away three months later.

How many carers are in the UK?

There are an estimated 700,000 young carers in the UK. Some 73 per cent of young adult carers take time off work to care for a loved one

She’d kept her diagnosis a secret because — typical of so many mothers — she felt that her needs automatically came after everyone else’s.

‘We had enough to worry about,’ she told me, after she finally admitted that the ‘minor procedures’ she’d casually mentioned had actually been failed treatments for skin cancer which had now metastasized through her body.

I was horrified to think that while I had been living my comparatively hedonistic life, she’d been stoically dealing with all this on her own. And so very glad I was now here to help.

By this point, we’d known for around a year that Dad had Alzheimer’s. He was only 60 and always had such a sharp mind and quick wit, so it came as a huge shock.

The first signs were when he started to repeat stories, which then became peppered with inaccuracies as he filled in the bits that he could not remember with facts plucked from thin air. 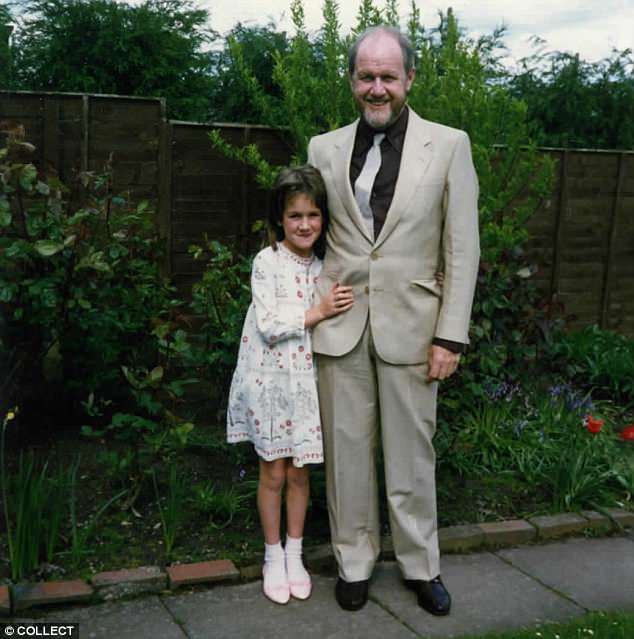 The stories still flowed — but we noticed the cracks in his memory getting increasingly wider. He began to forget names, faces and places.

When the diagnosis came, though, it hardly seemed to make sense — this was a disease of old age and Dad was relatively young and fit as a fiddle. My parents told me the news in such a typically matter-of-fact way that it seemed like something we wouldn’t have to deal with until long into the future.

Indeed, Dad’s doctor had cheerfully declared that he was more likely to die with the condition than because of it, as he expected it to progress only slowly.

But it didn’t work out like that. Each visit home, every couple of months or so, he seemed noticeably worse.

Mum kept saying that, on the whole, things were fine and she could cope — it seems selfish looking back but, at the time, it didn’t occur to me to doubt her.

But then the day came when I phoned home and Mum sounded different; there were none of the usual reassurances at any point in the call. 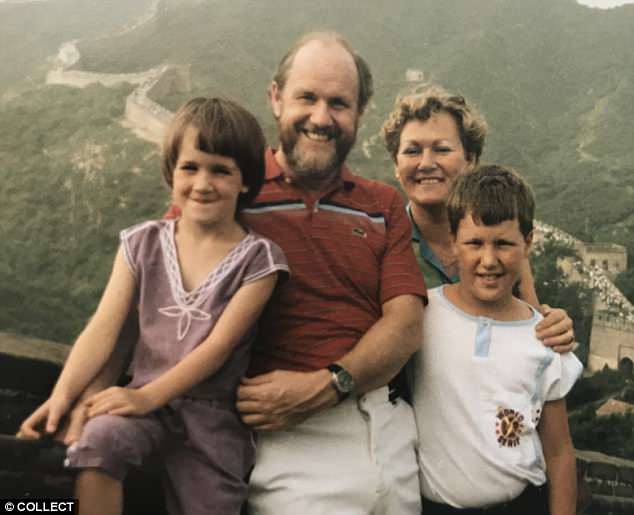 It wasn’t what she said, but rather what she didn’t — that, combined with the weariness of her tone, told me everything I needed to know.

I put the phone down, instantly aware and accepting of the fact that my life in London had just been put on hold. My parents needed me.

There was no prolonged thought process; no deliberations. The next day, I handed in my notice at work, told my boyfriend I was moving out (the relationship was in its death throes, anyway) and arranged farewell drinks with my friends. I suppose not letting myself think too much about the huge step I was taking helped it feel less daunting.

On my last night in London, I went out with friends, which meant I headed out of Paddington train station the next morning with a shocking hangover.

The fact that my head was banging from dehydration — rather than dread of what lay ahead — shows just how unprepared I was for the reality of the situation.

Mum opened the front door to me, a large holdall containing clothes and my favourite possessions at my feet. She looked utterly exhausted. She sat down, while I put the kettle on.

My hangover instantly cured by how drawn she looked, I told her not to worry and that I’d cook that night.

Dad was pottering in his shed, but came in and immediately asked how university was going.

He had no grasp that nearly five years had passed since I’d graduated. It struck me then just how profoundly everything had changed.

There would be no more putting my feet up, no parents spoiling me with snacks and treats and letting me take control of the telly schedule. In the parallel universe in which I suddenly found myself, it was my turn to look after them. 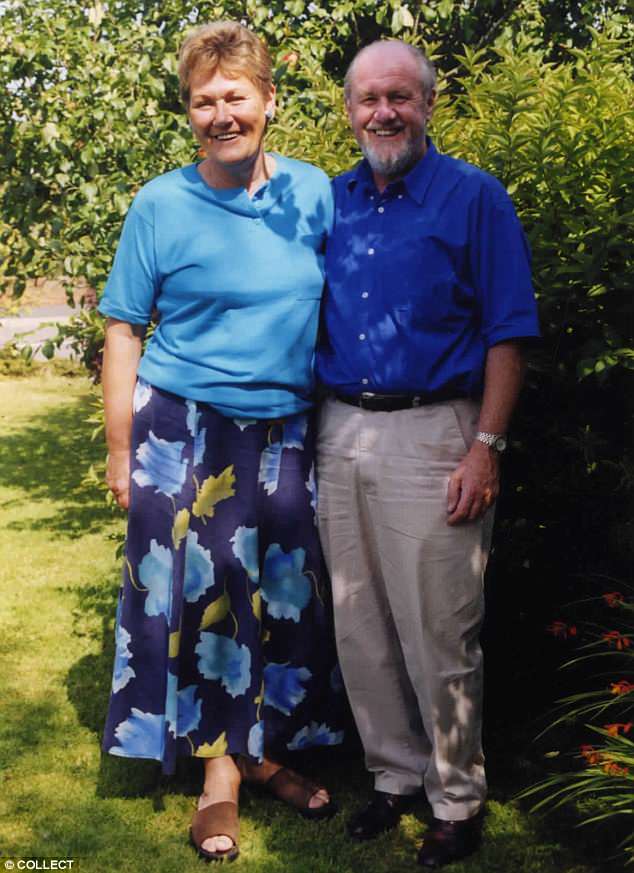 The facts surrounding Mum’s illness remain hazy, because she kept them from me until the doctors said there was nothing more they could do.

That’s when my brother, Gareth, five years older than me, moved back, too.

He was working as a hotel manager — also single, he was able to arrange a career break and was soon sleeping in his own childhood bed, now far too small for his 6 ft 3 in frame. We felt like the odd family: two parents depending on two children. Mum and Dad had raised us to be independent; now, devastatingly early, they’d been forced to depend on us instead.

On the face of it, we all looked the same. But here I was administering medication, cooking meals, cleaning toilets and tying shoelaces.

As Mum got worse, Dad did, too: sticking knives in toasters; trying to order Chinese for breakfast; wearing Mum’s jumpers to go to the shops; putting mobile phones in the freezer.

After Mum passed away aged 63 — thankfully peacefully in her sleep at home — Gareth and I had to tell Dad she’d gone. Watching him weep for the woman he’d loved so deeply was a moment of lucidity I wish he could have been spared.

It soon passed, but then came the torment of him repeatedly asking when she’d be coming home. 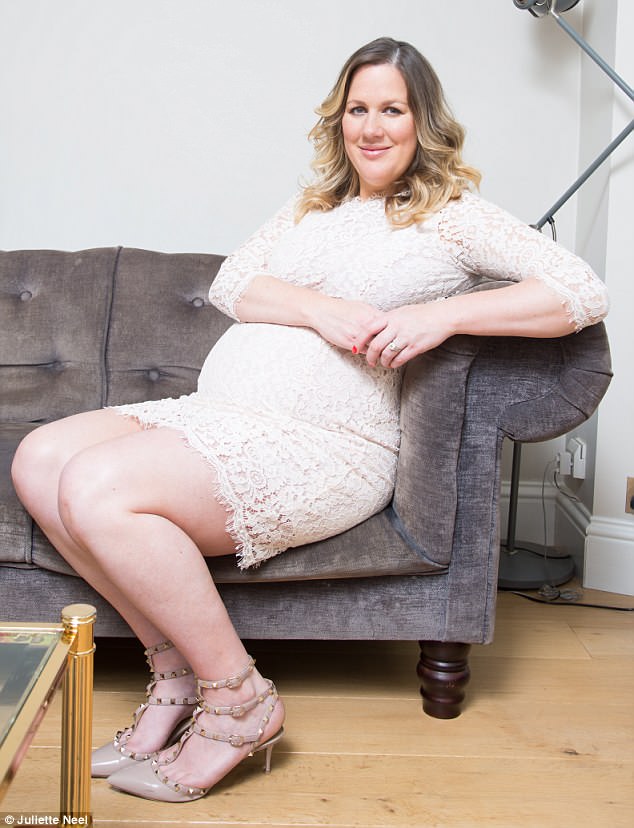 After her funeral, he thought her wake was his birthday party. He kept looking for his cake and asking people to get up and dance with him.

I suspect the old me would have been mortified. But the woman I’d been forced to become knew better than to care what anyone else might think.

That’s one of many unexpected gifts that came from this otherwise wretched experience.

As my daily life increasingly became focused entirely around keeping Dad alive and as calm as possible, I found solace in small pleasures: walking in the park on a crisp day; watching Dad laugh uncontrollably at a much-viewed episode of Only Fools And Horses; sharing memories of happier times with my brother.

No longer being able to put my own needs first was the ultimate salutary experience. I grew up in a way most people don’t until they become parents themselves.

I began to look back at the old me with fond disbelief.

Dad died just three months after Mum; by then, he’d become so confused that he was prone to violent outbursts.

We simply couldn’t keep him safe at home and so he went into a specialist facility for the final weeks of his life.

When I returned to London an orphan, albeit an adult one, I realised just how profoundly my experience had changed me.

Hearing girlfriends complain about their single life, or their frustration at not being able to afford a new pair of designer shoes, was too much.

I’d walk out of rooms because I couldn’t trust myself not to snap or urge them to get a grip.

In the years that followed, I went back to work, fell in love and got married, and now, 12 years after Dad passed away, I’m pregnant with my first baby, a boy.

All of this has happened without my parents to share in any of it — that’s always hurt, but never more so than when I think about how they’ve been deprived of meeting their grandson.

As motherhood approaches, I feel their loss so keenly. I’ll never be able to ask them whether my child looks like me as a baby, or call Mum when he won’t sleep to ask: ‘What should I do?’

But I have faith that I will cope better than I would have if I hadn’t lost her and Dad the way I did.

Looking after them taught me a precious lesson — that I have it in me to put my needs last and not resent a moment of it.

I know that will help me through the trials of being a mum just as much as the support I wish they were still alive to give me, and I take comfort from that.

My Mad Dad: The Diary Of An Unravelling Mind by Robyn Hollingworth (£16.99, Trapeze) is out now.