‘Jersey Shore’ star Ronnie Ortiz-Magro, who ended his tumultuous relationship with Jen Harley last year, has a new girlfriend — but is it serious?

Jersey Shore star Ronnie Ortiz-Magro, 34, split with his ex-girlfriend Jen Harley in October 2019, after he was arrested for domestic violence. Now, a year later he’s got a new woman in his life, Saffire Matos, and he appears to be much happier. However, a source close to the reality star tells HollywoodLife EXCLUSIVELY that he’s not rushing into anything this time.

You can’t force happiness, when you know it’s real you realize it eventually chooses you! #HappinessIsAGift #ThankFul

“Ronnie is not thinking marriage with Saffa or anyone right now,” explains our source. “Marriage is not on his brain and it wouldn’t be surprising if it never were. He’s just enjoying himself with Saffa and seeing where it goes.”

“He always falls hard for girls and he likes Saffa, but he isn’t really in love. She seems to be making him happy though. He has no interest in settling down right now and isn’t talking about having more kids right now, either,” the source adds.

Ronnie is already a father to Ariana Sky Magro, who he shares with Jen, and our source insists that he’s a great dad despite his issues with his ex. “His relationship with Jen right now is not great but it’s as good as it’s going to get. They do not really speak much except when absolutely necessary. Ron visits Ariana often in Las Vegas and sees her as much as he can. He’s a great father.”

Two-year-old Ariana now lives with her mother Jen full-time in Las Vegas, with Ronnie enjoying regular visitations. A source previously shared with HollywoodLife that the reality star “loves” visiting his little girl in Las Vegas but he’s chosen not to live there full time. “Ron has been coming to Vegas a lot to see Ariana. He loves it because he can see friends too but he’s not there full-time. He’s really just been trying to lay low,” said the source.

It appears he’s also been spending plenty of time in New York because his new girlfriend is based on the East Coast. She’s a certified eyelash technician with businesses in both Staten Island and New York City. Although very little is known about the esthetician, as HollywoodLife previously reported, Ronnie’s former Jersey Shore co-stars are “happy” to see him with someone new.

“They are very happy that he’s moving on from Jen,” a friend of the cast shared. “The group really had trouble getting along with her. So they’re open to getting to know Saffa. That relationship was really hard on Ron and they’re just happy to see him back to being himself again.” 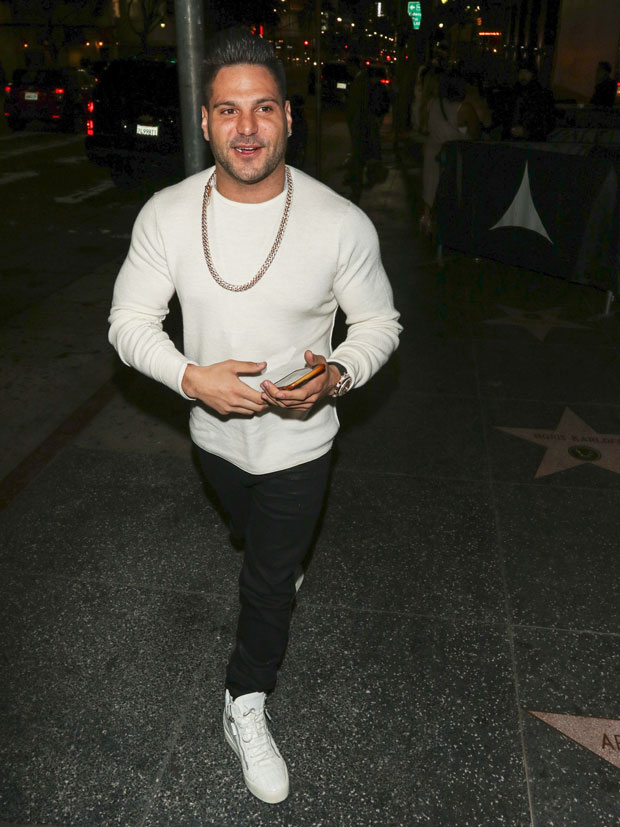 When Ronnie first shared a photo with Saffire, his former co-star and friend Mike “The Situation” Sorrentino responded in the comments by writing, “Taken Ronnie.” Ronnie was quick to reply and wrote” “lmfaooo bruhhhh stable Ronnie.” The following day, on Oct. 29, Ronnie posted a second pic of his new lady to Instagram and captioned it: “You can’t force happiness, when you know it’s real you realize it eventually chooses you! #HappinessIsAGift #ThankFull.”