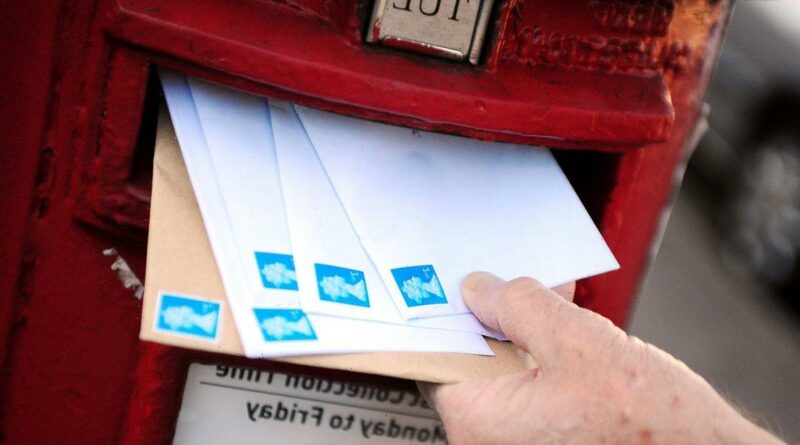 It said there will be strikes around November 25 and 28 after withdrawing from the planned 12-14 dates of this month.

The union said it wanted to take more "proportionate action" so decided to do it around the time of the biggest sales.

It claimed the strikes were due to a dispute over pay, jobs and conditions.

An offer made by Royal Mail on pay and conditions on Monday was described as a "surrender document".

The union said it involved attacks on terms and conditions as well as redundancies.

It will put the offer to its members in a ballot, recommending rejection.

Members will also be asked to deliver a vote of no confidence in Royal Mail chief executive Simon Thompson.

CWU general secretary Dave Ward said industrial action will continue in the run up to Christmas unless it's resolved.

A spokesman said: "On Monday October 31, Royal Mail proposed a new pay-for-change offer to the CWU worth 9% over two years, despite making a loss of £219million in the first half of the year.

"The CWU have been in talks with us at Acas and claim they are open to change but they now need to show it. Instead, the CWU have announced four days of strike action which will damage our business further at our busiest time of year.

“The CWU is playing a dangerous game with its members' jobs and the future of Royal Mail. We urge CWU to withdraw these strikes for the good of our customers and our people.

"We apologise to our customers for the inconvenience the CWU's continued strike action will cause. We are doing all we can to minimise delays and keep people, businesses and the country connected."

It comes as Royal Mail confirmed the deadline to use old stamps to make way for the new versions.

Barcoded stamps were introduced back in February following a successful trial.

They have been designed to make deliveries more efficient and secure for Brits.

Soon customers will be able to scan the barcodes in the Royal Mail app where they can find information on the service.