Spoilers for Sunday’s The Royals ahead. After the reveal that Liam is working with Cyrus to dethrone Robert, "Foul Deeds Will Rise" shows that they aren’t the only ones trying to take down the king. Queen Helena also wants King Robert off the throne on The Royals and it seems she has the conniving intelligence and power to make it happen. Beyond his own mother turning against him, Eleanor also realizes that Robert is not all that he pretends to be and encourages Willow not to marry him. So before Season 4 is through, there’s a possibility that Robert could not only lose his future queen, but the crown.

If you’ve been anti-Robert since he showed up on the scene in Season 3 and took away Liam’s chances to be king, then "Foul Deeds Will Rise" will delight you. And even if you like Robert, you have to admit that he is a tyrant, taking complete control of the U.K. by dissolving parliament. The way he achieved this was by manipulative means since he caused a power outage that he said made parliament look inept. Meanwhile, he planned the blackout, which put people’s lives in danger as a way to make him look good. So King Robert definitely doesn’t deserve to serve the British people — and his mother, brother, and uncle are all doing their best to ensure that he doesn’t. 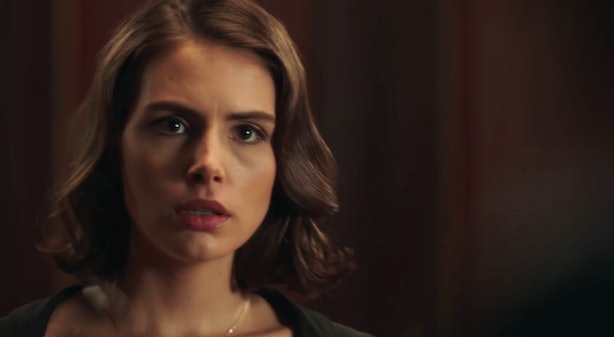 However, Eleanor and Willow are still on Team Robert until the very end of the episode. Robert smooths things over with Willow with some loving words and Eleanor is outraged with Liam when Jasper tells her about the rebellion. But with the idea that her boyfriend and twin think that Robert is evil, Eleanor discovers that Robert is not being genuine with Willow. She recognizes the words that Robert said to Willow as her own. This means that Robert stole her Christmas letter to Jasper, but also that Robert probably doesn’t really love Willow. Eleanor tells Willow not to marry her brother because while Eleanor is less concerned with Robert’s political games, she does take matters of the heart seriously.

With the original five major players of The Royals — Helena, Cyrus, Liam, Eleanor, and Jasper — all against Robert now, the Season 4 finale promises to be packed with drama. (Eleanor actor Alexandra Park told Bustle the finale would be "huge.") And even if Willow is still considering marrying Robert, there’s a possibility that she wouldn’t end up being queen if he’s dethroned. But it seems that Willow might also be a major player in exposing Robert for who he really is and she’ll have to decide if she’s ready to give up her royal dreams for the good of the British people before Season 4 ends.