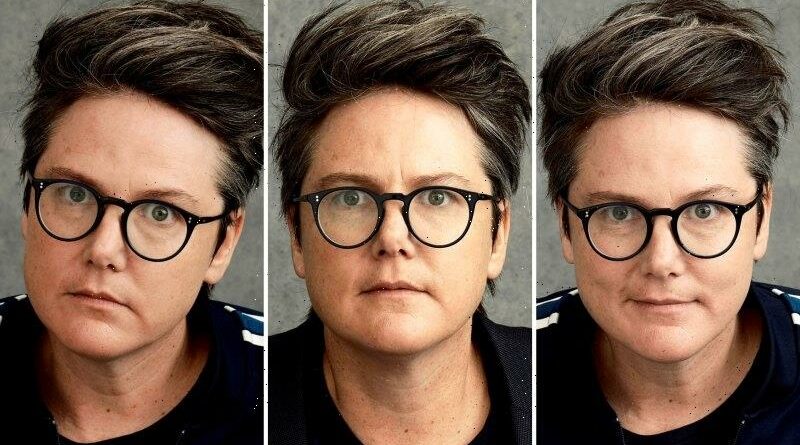 Hannah Gadsby’s new stand-up show, Body of Work, is a feel-good piece. The Tasmanian comic whose Netflix special Nanette catapulted her to global fame, winning her an Emmy, and whose memoir is a New York Times bestseller, made a conscious effort to create a show that would respond to what the world needs now.

Ironically, improvements in Gadsby’s personal situation have made it harder for her to do her job. “Every show I do is about where I am in life and it might sound odd but where my life is at at the moment, it’s very difficult to do comedy about – because by and large I’m happy. And nobody really wants to hear about that,” she says with a laugh. “People love misery.” 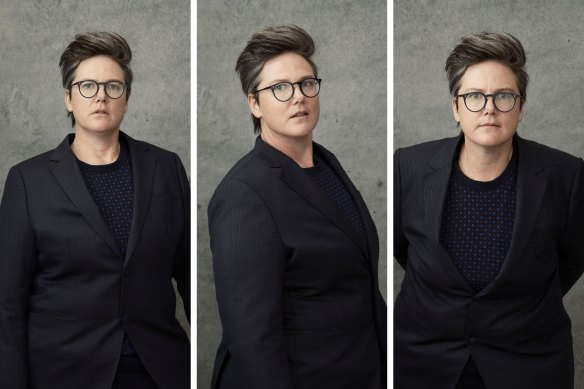 Hannah Gadsby tries to make sense of the world in her new show, Body of Work.Credit:Ben King

Although the show was written as we were coming out of lockdown, Gadsby didn’t want to dwell on that experience; she’s gone back to her story-telling roots to create it, and touring it through North America this year has been a joy. “It’s doing its job, it’s putting a good feeling in the room that it’s in.”

As revealed in hilarious fashion in her memoir Ten Steps to Nanette, the world changed for Gadsby when her revolutionary show landed on Netflix back in 2018. “My life was thrown into the chaos of the new, and much bigger. Then all of a sudden, the whole world had a pandemic and the whole world changed, so coming out the other side of that I feel very disoriented because my life is so profoundly different, and also the world is so profoundly different. This show I’m using as a way of making sense of a new reality.”

The reaction to Nanette was massive: all of a sudden, she was in with the A-crowd. At a party at Eva Longoria’s house, Janelle Monae and Jodie Foster wandered over to say hi and Jennifer Aniston asked to meet her. “It felt like I was in a zoo. I would have called myself a really successful comic before all of this, so it wasn’t like I felt like I was failing… What threw me for a loop was famous people knew who I was.”

Along the way, there was a public stoush with comedian Dave Chapelle, who said she wasn’t funny, and who she later described as having an “emotionally stunted partial world view”, and then Netflix’s co-CEO Ted Sarandos.

How is all that sitting these days, I wonder, given both Nanette and her more recent show Douglas are available to watch on the streaming giant. The Netflix that Nanette entered is a different Netflix to that which exists now, she argues. “I’m a bit sad that my work has to sit side by side with overpaid transphobic shit. But it’s an algorithm right, algorithms, they’re not focused on exploration or potential of new creativity. They double down on what already exists; that is just what it is. As a creator, I can’t sink the Titanic on my own but, you know, I’ll make it cold for them,” she says with a sly giggle. “It’s the beast. As a creator, I’ll make a stand in so many different ways… I’m choosing to do it by doing my job, just working. I don’t feel that being a voice in direct opposition is constructive because that way the toxic voices then get to control the conversation.” 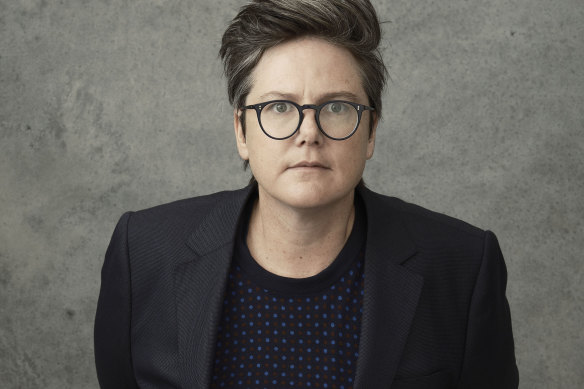 The nature of Gadsby’s comedy is personal – and therefore inherently political. The 44-year-old comedian says she’s sceptical of people who don’t think the personal is political, or that the political has no place in the personal. “We’re all just trying to live our lives, and politics trickles down and controls it and influences it and makes it better – and makes it worse. It’s a very complicated world and I think the only way to acknowledge just how complicated it is is to be personal.“I don’t think one voice is enough to do justice to the patchwork of the world. People who have didactic voices tend to be boring to me.” 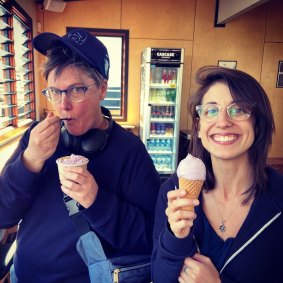 Gadsby and her wife, producer Jenney Shamash, got married in January 2021.Credit:Instagram

Change has been the recurring theme of Gadsby’s life in the past few years. In 2017, she was diagnosed with ADHD and autism, which was life-changing and helped make sense of how she was and is in the world.

“It is a battle but whether or not I was diagnosed or not, it was always going to be a battle. The diagnosis helped me understand the battles I have. I now understand I will never be good at certain things and that is fine. I’m not taking that as a moral failing, it’s a neurological failing – if it’s a failing at all,” she says. “What I’m learning is it’s the infrastructure of the world that makes it the worst of things. Accessibility is a choice that able-bodied people tend to dismiss as being important. So on the one hand it’s incredibly helpful – I have a much more optimistic point of view about myself in the world, but an increasingly pessimistic view of the world for people with so-called disability.”

One reason why Gadsby is happy these days is her marriage to her producer Jenney Shamash, which she revealed on Instagram in early 2021.

Another is the fact she has reached a level of financial stability, so being on the road is slightly less stressful. “Touring is exceptionally exhausting for where I am on the spectrum, a lot of it has to do with unfriendly environments. A lot of my time is spent in recovery but I love my job,” she says. “The thing about success is you do things a little bit more kindly, money is a way of buying accessiblity.”

As always, art is a salve: it’s the most interesting way of making sense of the world, according to Gadsby. “It gives you a touchstone to think about things. Sometimes the world is too big. Focusing on one thing and having a lovely time thinking about an interesting topic is a great way to escape.”