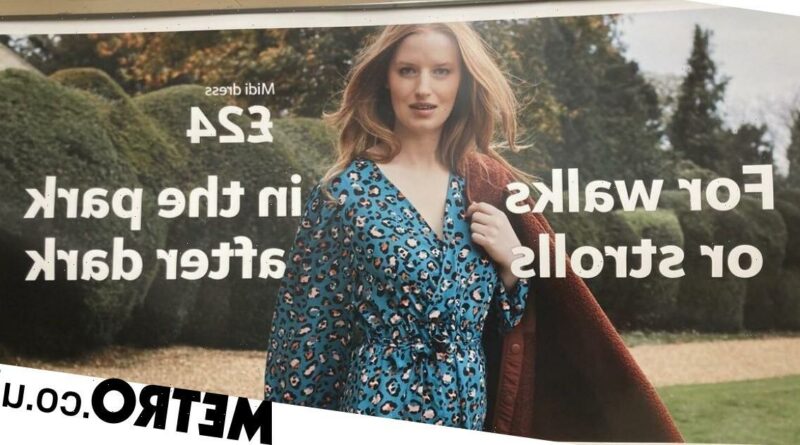 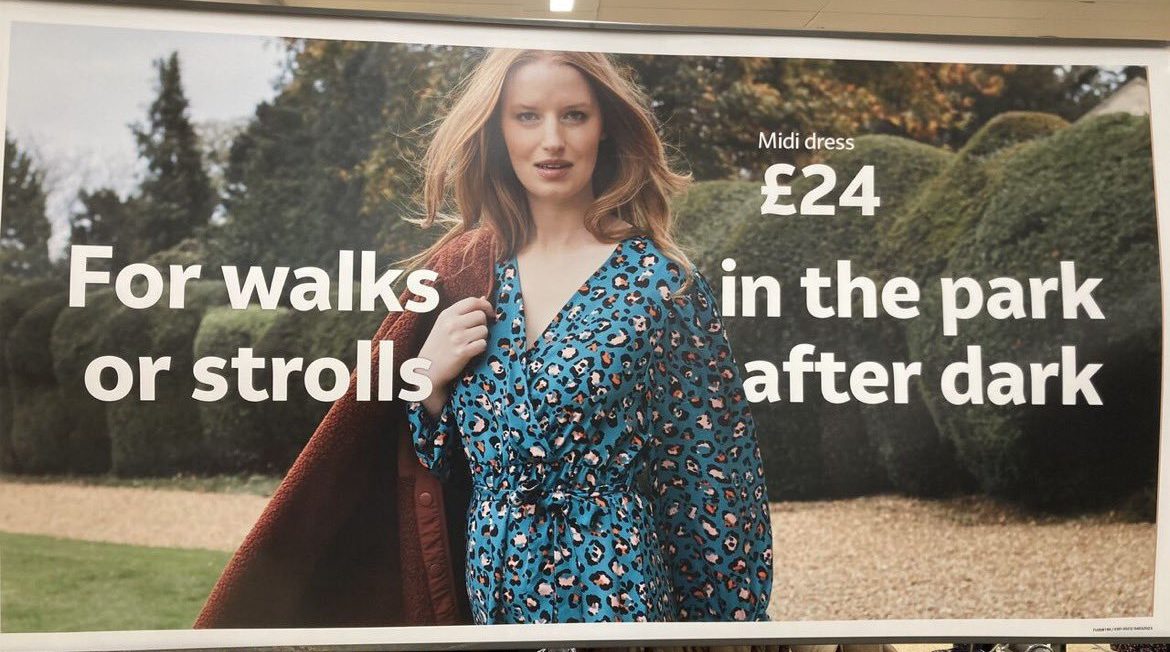 The poster, aimed to showcase the brand’s latest collection of clothes, shows a woman in a dress outside and reads: ‘For walks in the park or strolls after dark.’

However, the messaging on the advert has not gone down well with many individuals.

Many on Twitter and other social platforms have highlighted how the poster misses the mark as it doesn’t seem to address women’s safety and the fact that walking alone after dark can – and has proved to be – incredibly dangerous, and even fatal, for women.

One viral tweet posting the image, which has now racked up more than 22,000 likes, says: ‘ ….HA HA HA HA THEY THINK WE STROLL IN THE DARK….’

While another replied: ‘Do these people not read, watch or listen to any news?! How do you get to be so out of touch? So lacking empathy?!’

While others have suggested the marketing team or creative agency who made the poster didn’t include any women.

One person said: ‘A man wrote that, for sure.’

In response to this criticism, a spokesperson from Sainsbury’s told Metro.co.uk: ‘We are sorry that due to the design some customers found this sign to be inappropriate and are working to remove these from stores.

‘We will work hard with our agency partner to ensure this doesn’t happen again.’