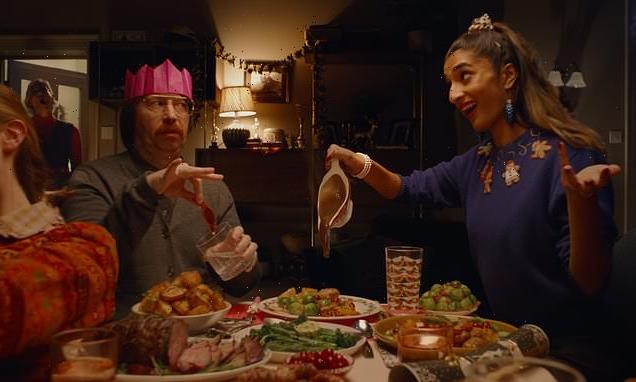 Sainsbury’s Christmas advert for 2021 has used last year’s lockdown for its inspiration, with the minute-long commercial dedicated to families being reunited this year.

The advert, set to Etta James’ classic At Last, and narrated by Stephen Fry, depicts a family’s Christmas dinner in full  flow – with champagne flowing and the piano being played – before the fun is frozen in time.

The advert, which premiered on ITV during the Angela Black Special and on Youtube, invites people to savour every second of their Christmas celebrations this year.

2020 saw many people spending yuletide alone or far from their families after Boris Johnson unveiled strict measures just before the big day. 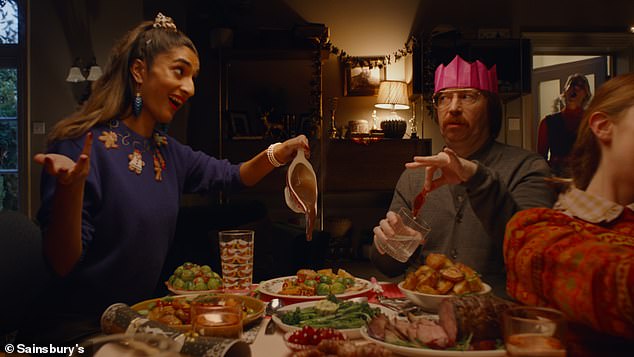 Sainsbury’s has released its Christmas advert for 2021, which depicts a family’s Christmas dinner frozen in time – showing how last year’s fun was abruptly stopped for many by Covid restrictions introduced days before  December 25th 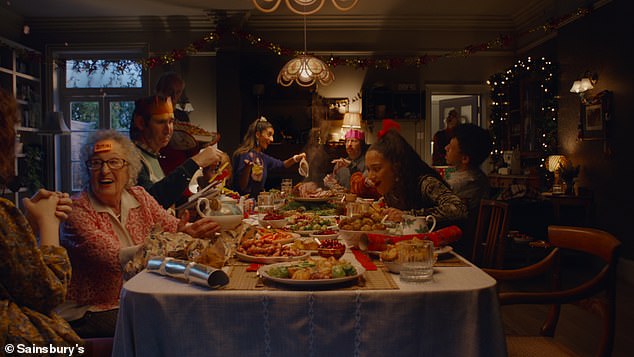 The Sainsbury’s ad shows a family’s Christmas tree lights coming on, as the screen reads ‘Welcome Back to Christmas’. Then the action stops, and viewers are taken on a journey around the room.

Etta James’ At Last starts to play, and there’s a cinematic moment when a nut is cracked by a grandfather who is then stuck in time, with the walnut exploding into hundreds of pieces.

By the window, children are playing together, while next to them, a man enjoys a Christmas waffle, and a woman opens up a bottle of bubbly.

The camera travels through a single drop of rose wine, before panning on the family sat around the table as they tuck into their Christmas dinner. 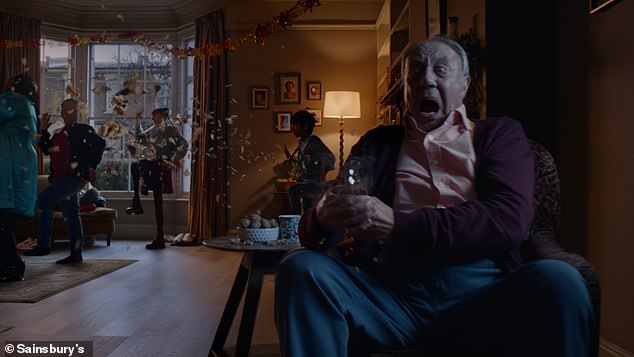 The advert shows a scene frozen in time, in which a grandfather cracks a nut, and its shell explodes into hundreds of pieces

The family, some members wearing Christmas hats, are depicted playing games and enjoying the food in good cheer.

The camera hovers around the food laid on the table, before flipping over to film what was happening under it.

Children are seen playing under the table while enjoying treats. One cheeky child who’d forgotten to freeze smiles sheepishly and eats a potato instead.

By the table, two men are playing the piano together, before the camera pans to reveal the whole cheerful scene, before time resumes as normal. 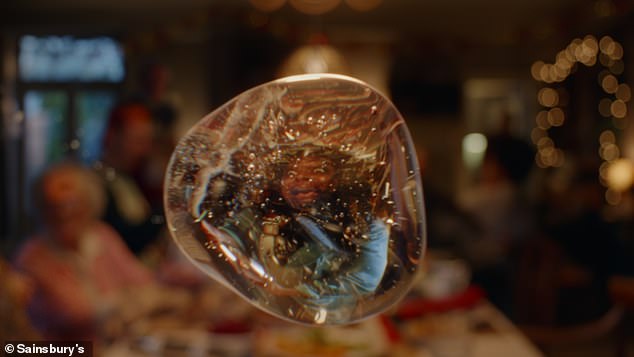 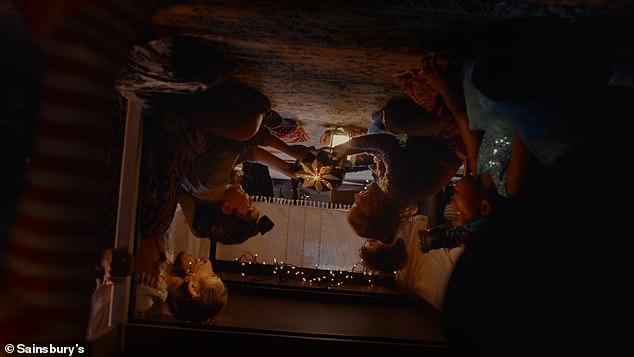 Underneath the table, children are playing and enjoying Christmas treats. One forgets to freeze because he is eating a roast potato

Radha Davies, Director of Brand Communications and Creative, at Sainsbury’s said: ‘With so many of us unable to spend Christmas with our loved one’s last year we, along with the nation, are really excited to fully celebrate Christmas once more.

‘One of the true highlights of the festive season is the much-anticipated Christmas dinner.

Whilst the food is important, it’s also about what that meal represents, spending quality time with loved ones, catching up, enjoying a delicious meal and above all, having fun together,’ she added. 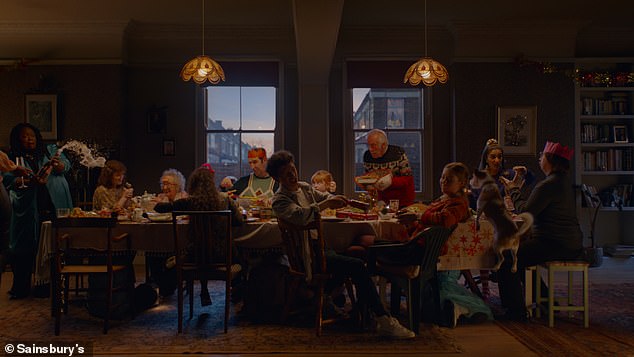 Pause: The family freeze in time as the sun sets…before the party starts again, suggesting that’s how many will feel this year

‘That’s why we decided to focus on savouring every moment with this year’s ad. We really hope everyone truly gets to enjoy themselves this year and can make it one to remember,’ she added.

The advert, which debuted tonight on ITV will also be shown in cinema across the country as well as a 20 second-long version that will be broadcast on TV.

Last year, Sainsbury’s Gravy song, which was available in three-parts, depicted several families as they prepared for Christmas after the pandemic.

Due to a spike in cases of the virus in the UK at the time, Prime Minister Boris Johnson introduced restrictions on December 20, after initially announcing Christmas was saved.