Home » Lifestyle » Sam Faiers shows off garden at £2.25m Surrey mansion and it looks like a park 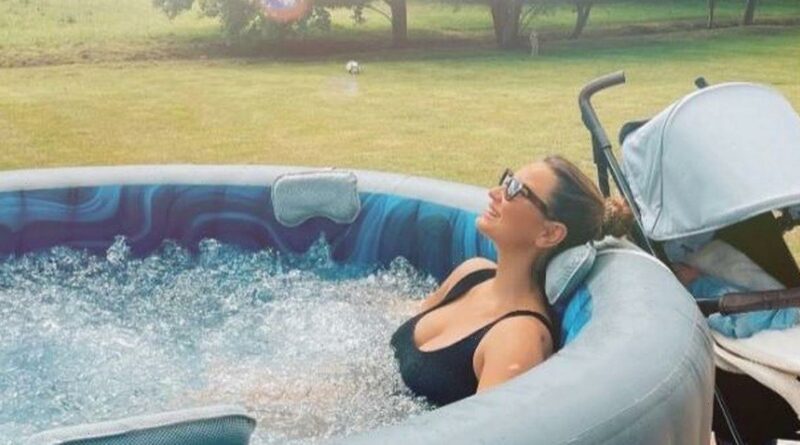 Sam Faiersis no stranger to proudly showing off her home with her legions of Instagram fans.

The mum of three, 31, recently shared a glimpse into the garden of her £2.25 million Surrey mansion, that’s so big it could be mistaken for a park.

She shared a snap of the family on Instagram Stories all sat around a large eight-seater rattan table with a fire pit in the middle. Behind them were four sun loungers and matching tables, adorned with blue striped cushions.

Sam called the space an "incredible entertainment" area for when she had friends and family over.

She also shared a picture of herself soaking in an outdoor jacuzzi with acres of land surrounding her.

Alongside the picture she wrote: "The sun is out and I’m enjoying every second of this peace and quiet".

Sam has been going through a tough period recently after anInstagram account leaked a voice notein which a woman who is allegedly her former friend Ferne McCann can be heard calling Sam a "c**t".

The voice also said: "Her thighs are so big and I looked really skinny today."

Another voice note was then leaked, in which the woman can be heard saying: "She is just a narcissistic b***h.

"It’s just so s**t on people that have worked hard, because she’s got a big following. It’s just ridiculous — it’s out of order."

Since then,another voicenotealso came to light with seemingly more negative comments made – but this time towards Sam’s sister Billie Shepherd.

Since the voice notes were leaked, neither Sam, Billie or Ferne have commented on any of the claims on their social media accounts.

Before the drama, the Sam and Ferne were long term friends having grown up together in Essex and starring in TOWIE at the same time, but Sam left in 2014 and Ferne then quit two years later in 2016.

The following year, in 2017, Sam and Ferne fell out after Ferne launched her own reality TV show, Ferne McCann: First Time Mum documenting her pregnancy with her daughter Sunday.

The Sunreported sources have said before Sam thought Ferne was “copying her”. At the time Ferne said: “The reason, as far as I’m concerned, that she fell out with me is because I decided to take this show.

"We had like 15 years of friendship, all I’ll say is it’s a terrible shame.”

However the feud ended pretty quickly and just this year Ferne appeared on Sam’s podcast and spoke about motherhood.