SARAH VINE: She’s avoided being seen with Boris Johnson for weeks, but now Carrie Symonds has finally earned the right to be First Lady of Downing Street

There are many lessons to be learned from the election, not least that British voters are a fundamentally sensible lot who don’t take kindly to being bullied by spittle-flecked extremists.

But if it’s a masterclass in how to be a successful First Lady (in waiting) you’re after, look no further than Carrie Symonds.

It’s not easy being a politician’s partner at the best of times, even less so when that politician is the Prime Minister and he’s still technically married to his impressive lawyer wife, Marina Wheeler. 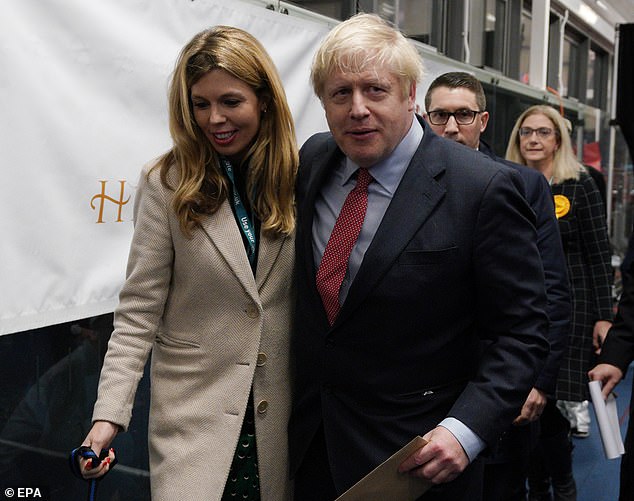 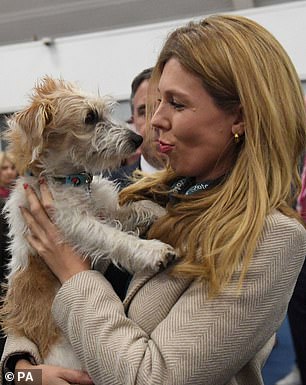 When Johnson first became leader, in July, Symonds was thrust into the limelight, labelled as ‘the other woman’ — and cast, in some quarters, as little more than another conquest.

Over the course of this election, however, she has proven herself very far from that crude caricature. Indeed, thanks to her unpretentious manner, cheerful enthusiasm and marked absence of any sort of diva-esque behaviour, she has emerged as arguably one of the most successful prime ministerial consorts of recent years.

There were plenty who reached for the smelling salts when she first moved into No.10, the vivacious young blonde who had supplanted the older wife. 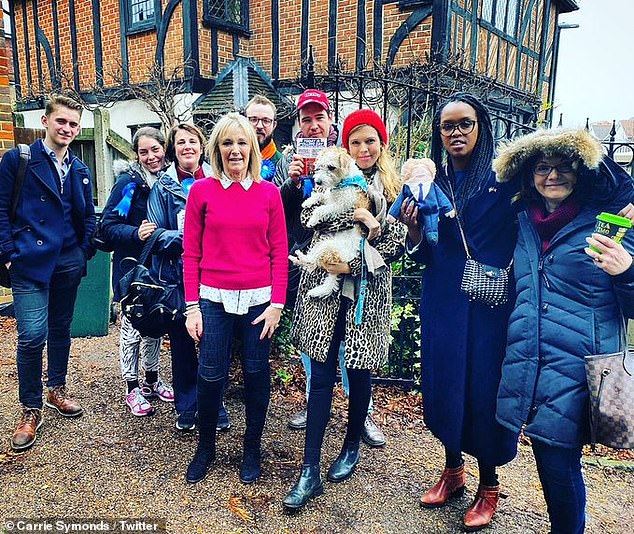 Stories circulated about how Johnson’s family were furious with him for breaking up the family, and then, of course, there was the famous row at her flat in South London when neighbours called the police.

But what might have tested even the most politically experienced seems only to have brought out the best in Carrie.

For one so young, she has a very wise head on her shoulders. And it’s clear from the way Johnson acts around her that she doesn’t put up with any nonsense. 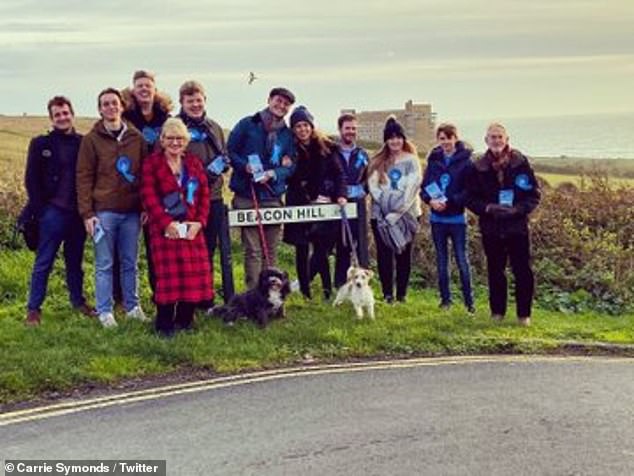 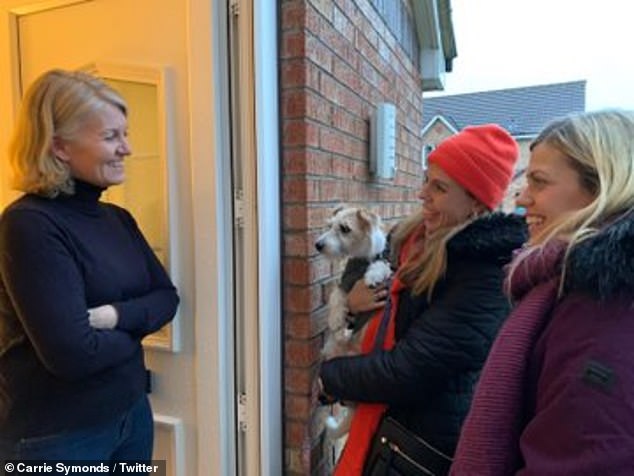 Indeed, there are many who credit the 31-year-old with helping soften the excesses of that famously vibrant Johnson character — while at the same time allowing him to be his natural exuberant self.

But for me what’s most impressive is the way Carrie has proven herself determined not just to be a decorative appendage, but her own woman. 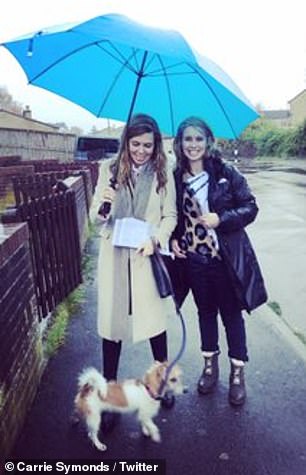 Carrie braved the rain with dog Dilyn while campaigning

There is something very refreshing about a political spouse who doesn’t hang on their partner’s coat tails, who is supportive without being saccharine — and who doesn’t have to read from a script when it comes to the politics.

Because make no mistake, Carrie Symonds is genuinely politically engaged. Her function is not just to show up in a nice dress and hold hands for the cameras.

She worked for John Whittingdale at the Department for Digital, Culture, Media and Sport and for Sajid Javid at the Ministry of Housing, Communities and Local Government.

She was Director of Communications at Conservative Campaign Headquarters; and she ran Zac Goldsmith’s re-election campaign in Richmond in 2017, one of the rare victories of that night.

She was also instrumental in keeping the so-called Black Cab rapist, John Warboys, behind bars, waiving her right to anonymity in order to testify against him.

It’s this courage, authenticity and independence of spirit that has shone through in this campaign, not just in the couple’s appearances together, but also —and perhaps more crucially — in her own strategy.

She has, to a large extent, avoided the spotlight, standing to one side on more than one occasion, keeping a low profile where possible. Ever mindful of the sensitivities of her personal situation, she has opted to be subtly supportive and has focused her attention not on the Press and the media but on the people who really count: the voters.

Symonds spent much of the election on the road, visiting constituency after constituency, candidate after candidate, from Wales to Yorkshire, from Sussex to the South West. And because she herself is a born-and-bred campaigner, her enthusiasm helped boost tired volunteers to do that little bit more and keep morale up when the going got tough. 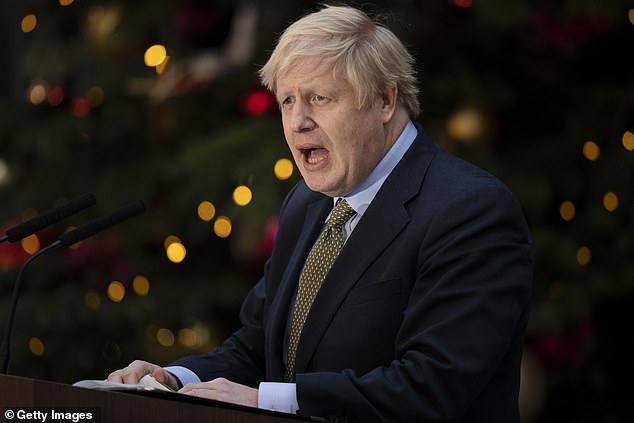 As one Tory activist put it: ‘I have to say I was really impressed. She kept pushing on, delivering sodden leaflets in the pouring rain, knocking on door after door in the dark with a big smile. It was inspiring.’

Bringing Dilyn the Jack Russell into the equation was also a stroke of genius, not just because who doesn’t love a puppy, but also because he made every photo — and Symonds is an avid poster-of-pictures on social media — look relaxed and informal instead of stiff and posed.

As the couple now settle into No.10, Symonds can relax a little, safe in the knowledge that even though she and Johnson have a while to wait before they can contemplate (if they ever do) tying the knot, she has not only earned the respect of the electorate — but also the right to call herself First Lady of Downing Street.

PM’s ‘heal the nation speech’ that stirred us

Good afternoon. This morning I went to Buckingham Palace and I am forming a new government and on Monday MPs will arrive at Westminster to form a new parliament.

I’m proud to say that members of our new one-nation government, a people’s government, will set out from constituencies that have never returned a Conservative MP for 100 years.

And yes, they will have an overwhelming mandate from this election to get Brexit done and we will honour that mandate by January 31.

In this moment of national resolution I want to speak directly to those who made it possible, and to those who voted for us for the first time and those whose pencils may have wavered over the ballot and who heard the voices of their parents and grandparents whispering anxiously in their ears, I say thank you for the trust you have placed in us and in me.

We will work around the clock to repay your trust and to deliver on your priorities with a parliament that works for you and then I want to speak also to those who did not vote for us or for me and who wanted and perhaps still want to remain in the EU.

I want you to know that we in this one-nation Conservative government will never ignore your good and positive feelings of warmth and sympathy towards the other nations of Europe.

Because now is the moment, precisely, as we leave the EU, to let those natural feelings find renewed expression in building a new partnership, which is one of the great projects for next year.

As we work together with the EU, as friends and sovereign equals, tackling climate change and terrorism, in building academic and scientific co-operation, redoubling our trading relationship, I frankly urge everyone, on either side of what [is], after three and a half years, after all an increasingly arid argument, I urge everyone to find closure and let the healing begin.

Because I believe, in fact I know because I’ve heard it loud and clear from every corner of the country, that the overwhelming priority of the British people now is that we should focus above all on the NHS.

That simple and beautiful idea that represents the best of our country with the biggest ever cash boost, 50,000 more nurses, 40 new hospitals as well as providing better schools, safer streets and in the next few weeks and months we will be bringing forward proposals to transform this country with better infrastructure, better education, better technology.

If you asked yourselves ‘what is this new government going to do, what’s he going to do with his extraordinary majority?’ I will tell you that is what we are going to do.

Together, taking us forward, unleashing the potential of the whole country.

Delivering opportunity across the entire nation.

And since I know, that after five weeks, frankly, of electioneering, this country deserves a break from wrangling, a break from politics, and a permanent break from talking about Brexit.

I want everyone to go about their Christmas preparations, happy and secure in the knowledge that here, in this people’s government, the work is now being stepped up to make 2020 a year of prosperity, and growth and hope, and to deliver a parliament that works for the people.

Thank you all very much, and Happy Christmas.