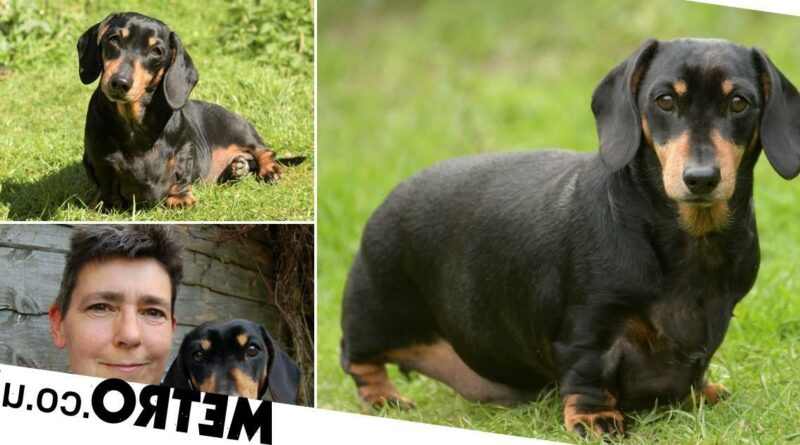 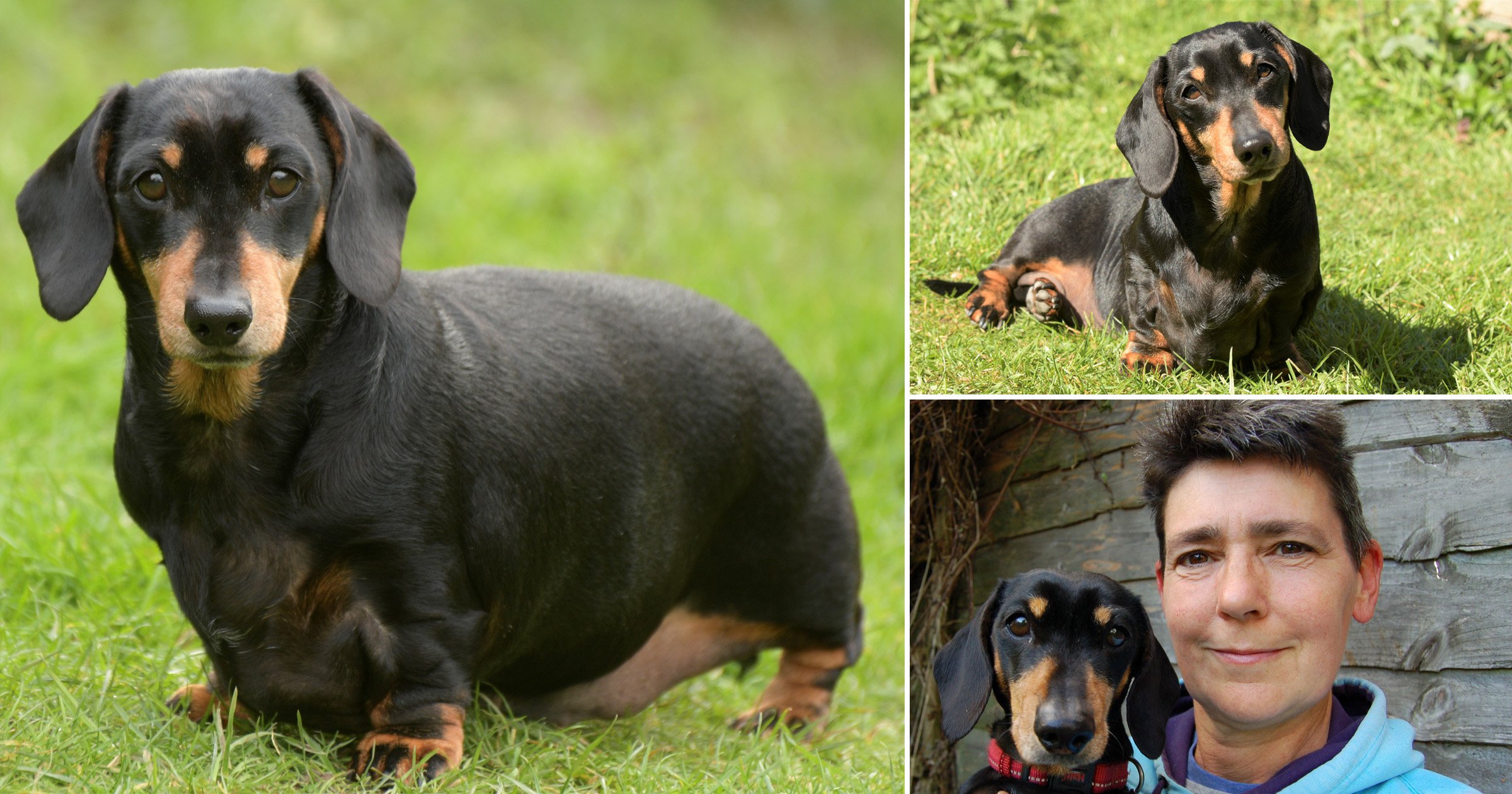 Miri the seven-year-old miniature dachshund was so obese she couldn’t go on walks.

Her hefty size of over two stone put her health at serious risk, with vets stating that if she piled on any more pounds, she would have died.

So owner Jean Fitch, 55, knew she needed to take action.

She put Miri on a strict weight loss plan, and six months later, the dog meets the healthy average for her breed, at 6.3kg.

Plus, the dachshund can walk, play, and even jump up on the sofa for cuddles.

Miri had become obese after her previous owner became ill and could no longer walk her.

Being rescued and rehomed by Jean may have saved her life.

Jean, a retired acupuncture nurse, said: ‘I’ve always kept Ddchshunds since I was a teenager but I have never seen one as big as Miri was.

‘When she first came to me I couldn’t do much exercise with her because she had so much excess fat that it was weighing her head down and affecting her breathing when she walked.

‘Her back legs couldn’t take the weight and her belly and chest were touching the floor.

‘We were told Miri was a little overweight but we didn’t realise how big.

‘The first time I saw her she was wrapped up in a blanket on the passenger seat of a car with her little head peeking out.

‘It wasn’t until she was lifted out that I realised the scale of the situation and tried to lift her into my own car.’

It was important that Miri’s diet wasn’t too extreme, as the sudden change could have caused further harm.

But with patience, exercise, and reduced portion sizes, she now looks like a brand new dog.

‘Friends ask me, “what happened to your other Dachshund” and can hardly believe it’s still Miri,’ said Jean.

‘It’s quite emotional looking back at pictures of her when she first came to me.

‘She used to be very nervous as well but now she loves the attention and fuss.

‘Her favourite thing to do is to jump up on the sofa and lay in my lap for some cuddles after a long day.’