Randy Fenoli video conferences into the shop to help a bride with a ‘quick turnaround’ in this EXCLUSIVE preview of ‘Say Yes To The Dress.’

This bride and her crew are on a very rushed mission in this EXCLUSIVE preview of the August 14 episode of Say Yes To The Dress. “I was surprised that she waited this long, but the right dress will find itself,” Michael, the bride’s brother-in-law says to Randy Fenoli. Randy replies, “I hope so. This is a really quick turnaround.”

Michael says he could see the bride in something “topless,” but he doesn’t really mean that. A producer asks Michael if he meant to say “strapless,” and Michael quickly corrects himself. Michael is clearly not up to date on his clothing lingo. 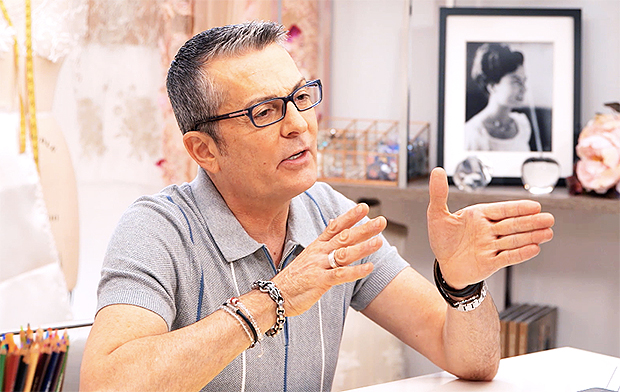 The bride walks out in a $3,800 wedding dress. Sally Ann asks the bride what she thinks of the gown. “It’s beautiful and it’s conservative and it’s got all the elements, but not really for me I don’t think. I didn’t get that feeling when I put this one on,” the bride says.

Randy chimes in to tell the bride that this wedding dress is a little short-waisted on her. He thinks she should go for a drop waist because this gown is coming out at the stomach. When the bride turns sideways, she sees what Randy is talking about. Randy thinks a drop waist would show off her figure better, and the bride agrees.

The consultant asks the bride what kind of dress she wants to see herself in next. “Can I pick it?” Michael asks. The bride is not so sure. “I think Mike’s pretty good at this actually,” Randy says. However, Randy admits that Michael needs to “work on his terminology” and not mix up “topless” and “strapless.” 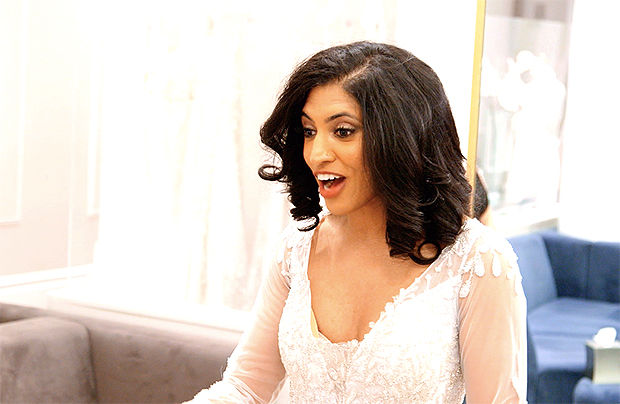 “Never use topless for a bridal gown,” the bride stresses. She later adds, “Mike is a very quirky, unique, crazy character.” She’s very interested in what Michael is going to pick out for her. Say Yes To The Dress season 20 airs Saturdays at 8 p.m. on TLC.