Home » Lifestyle » Saying a comic hello to a cruel world

When Daniel Kehlmann read the news that former Nissan executive Carlos Ghosn, facing financial misconduct charges in Japan, fled the country in a box, he couldn't help but feel a twinge of admiration.

It was the kind of caper that he might have written into one of his novels, where escape artists, pranksters or con men often outwit their adversaries, for example, Tyll, his latest book. It has sold nearly 600,000 copies in Germany since it was published there in 2017, and is being adapted by Netflix as a television series. 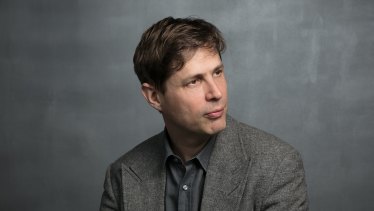 Tyll transmits the 14th-century tale of jester Tyll Ulenspiegel about 300 years into the future, plopping him into the Thirty Years' War. Tyll travels through a Europe devastated by conflict, encountering fraudsters, soldiers and royalty, including Queen Elizabeth of Bohemia, whose love of Shakespeare chimes with Tyll's own sense of theatrical spectacle.

Kehlmann's eighth novel and the sixth to come out in English, Tyll is also his second book of historical fiction, following his 2005 bestseller, Measuring the World. But for a long time it was a novel that Kehlmann was reluctant to write. 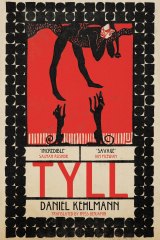 "It might sound very weird now, but I actually don't like historical novels," he says. "When I wrote Measuring the World, I told myself: 'This is an experiment. I'm never going to write another historical novel.'"

Measuring, which is set in the late 18th century, follows the adventures of two historic Germans – naturalist Alexander von Humboldt and mathematician Carl Friedrich Gauss – as they set out to measure the world from its highest mountain to its deepest cave. With Tyll, Kehlmann envisioned something darker, about wars of religion and the impotence of statecraft.

"In a way, it's a serious literary experiment in trying to imagine what the world was like before the Enlightenment, what was it really like to live in a world before Voltaire, Newton and all these people," he says. "It's great to write about, but of course you wouldn't want to spend even an hour in this world."

At one point, Tyll goads the residents of a German village to take off their shoes, throw them into the air and then reclaim the ones that belong to them – watching with amusement as a brawl ensues.

"I was about seven years old when I heard this story at school, which was presented to us as something didactic, as if Tyll is showing people their folly," Kehlmann says. "But that's not true. The only thing that story actually demonstrates is that everyone had the same kind of shoes, and he's just being a really mean prankster."

One of Kehlmann's hallmarks as a novelist is the impish humour that he injects into bleak and absurd situations. It is there in Tyll and Measuring, but also in his modern-day novels, such as Me and Kaminski, Fame and F, where the vanities of artists, actors, writers and businessmen are exposed by their appetite for outlandish quests.

Kehlmann, who was raised in Vienna, credits his Austrian roots for this sensibility. "There is quite a lot of comic literature in Austria which didn't travel a lot because the canon of German literature is still very much formed by northern Germany," he says.

"My growing up in Austria gave me a certain distance from the funny side of German culture, and the ability to make fun of it that maybe I wouldn't have had if I'd grown up in Berlin."

He studied philosophy and German literature at the University of Vienna, but was more interested in Latin American magical realists such as Gabriel Garcia Marquez and Mario Vargas Llosa.

"I was always captivated by stories of escape, especially escape by means of tricks and brilliance of the mind," he says.

Part of this fascination also stemmed from the experiences of his family during World War II. His paternal grandparents were assimilated Austrian Jews who survived thanks to forged documents that disguised their identity.

Kehlmann recently completed his fourth play, The Voyage of the St. Louis, about Jewish refugees who left Germany in 1939, were refused entry in Cuba and the US, then turned back to Europe.

For Kehlmann, the new play feels like a corrective. German fans for years congratulated him on writing books that had no relation to Nazi Germany.

"I told them that I knew where they were coming from, but I didn't set out to be official proof that we have left that past behind," he says. "We haven't, and we shouldn't."