Tommy Howard, 14, from Hawkchurch, Devon, ships foam-shooting Nerf guns and other toys all over the world after he gets home from school – and he turns over £15,000 a year. 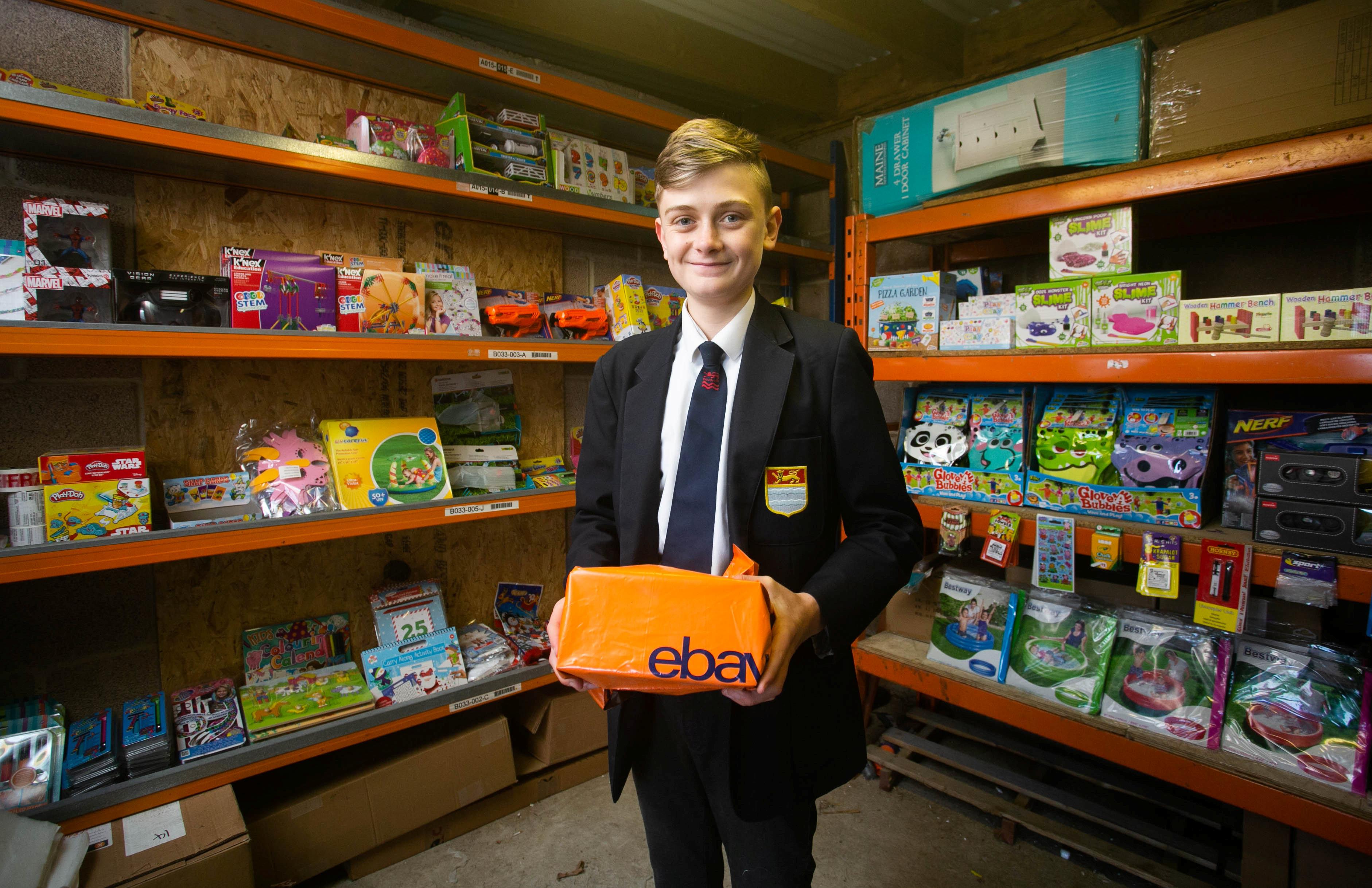 His eBay shop, named Dog In A Box after his pet pooch Oreo, made an impressive £6,000 profit in 2018, its first year in business.

Savvy Tommy does all the work himself, including ringing up manufacturers and liaising with wholesalers.

He even cycles after school everyday to take packages to the postman using a trailer he attaches to the back of his bike.

Tommy now fulfils around 70 orders a week and keeps 1,000 products in stock in his "warehouse" – which is actually an old milking parlour on the farm. 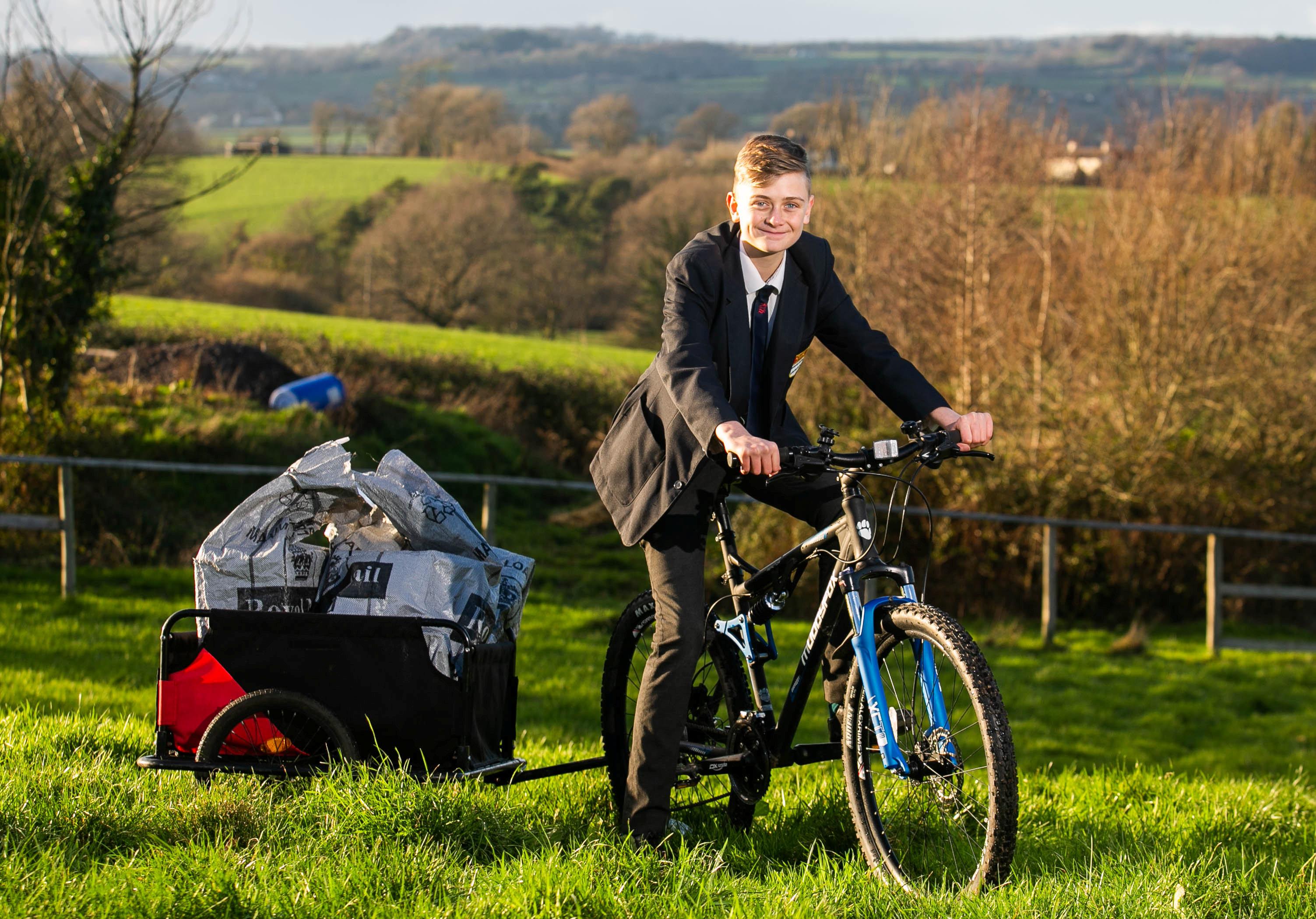 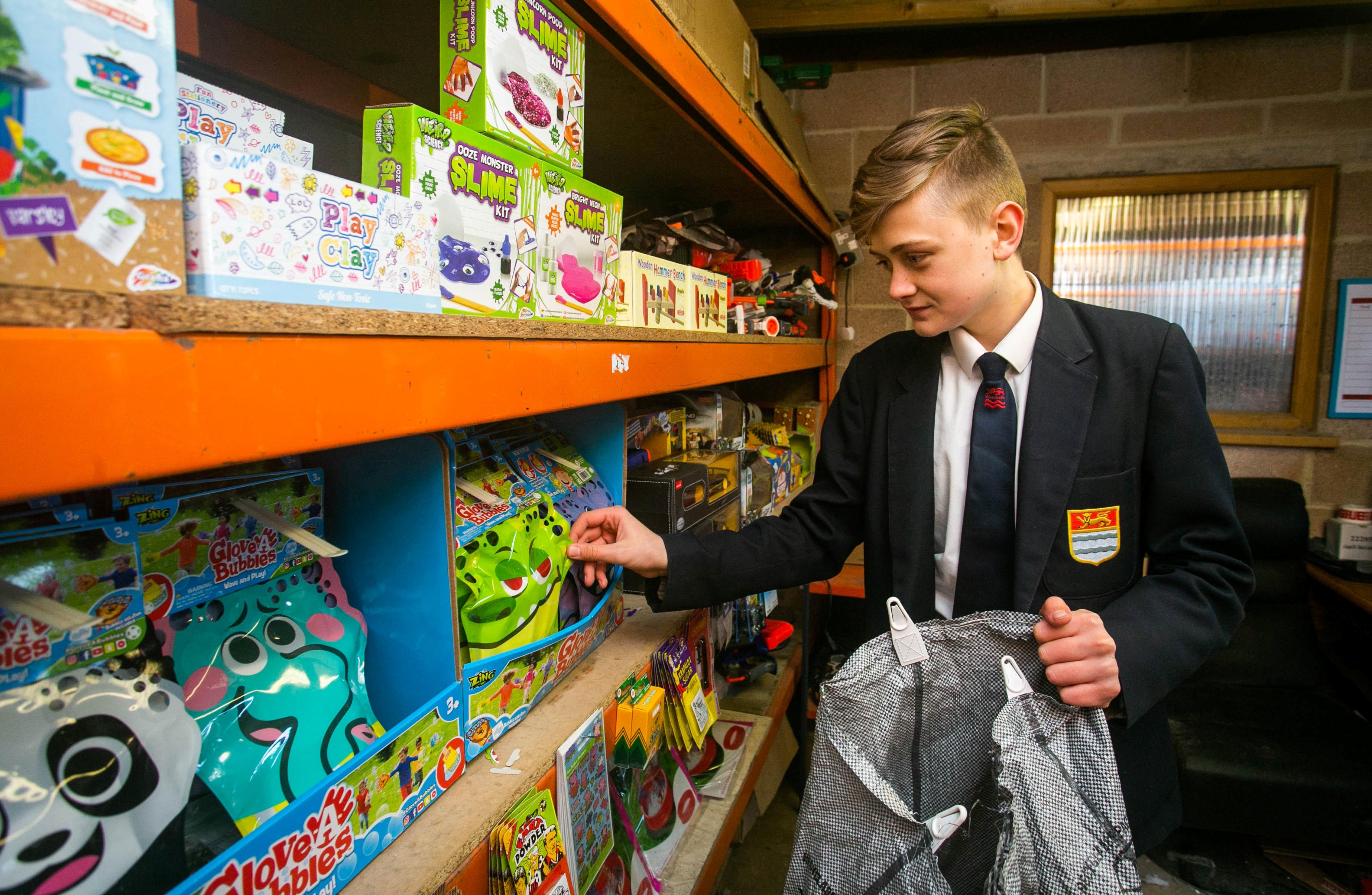 Year 10 student Tommy, who dreams of opening warehouse shops all over the country, said: "People may question my age but to that I would say 'Why not?'

"I'm passionate and capable and that's what you need in business.

Tommy got the idea when his little brother Jamie, now 12, put a £35 Nerf gun on his birthday list two years ago.

The thrifty entrepreneur realised you could buy a secondhand bundle of the toys on marketplace Gumtree for just £19.

To buy his first batch of weapons, Tommy sold chicken eggs from his family farm.

He then reinvested the money to buy new stock, using his pocket money as an extra cash injection.

He priced each of the secondhand Nerf guns at between £20 and £30 – and they sold out within a week.

Last year, he officially launched his eBay shop and branched out to other types of toy. Now, he mostly stocks new never-been-used items. 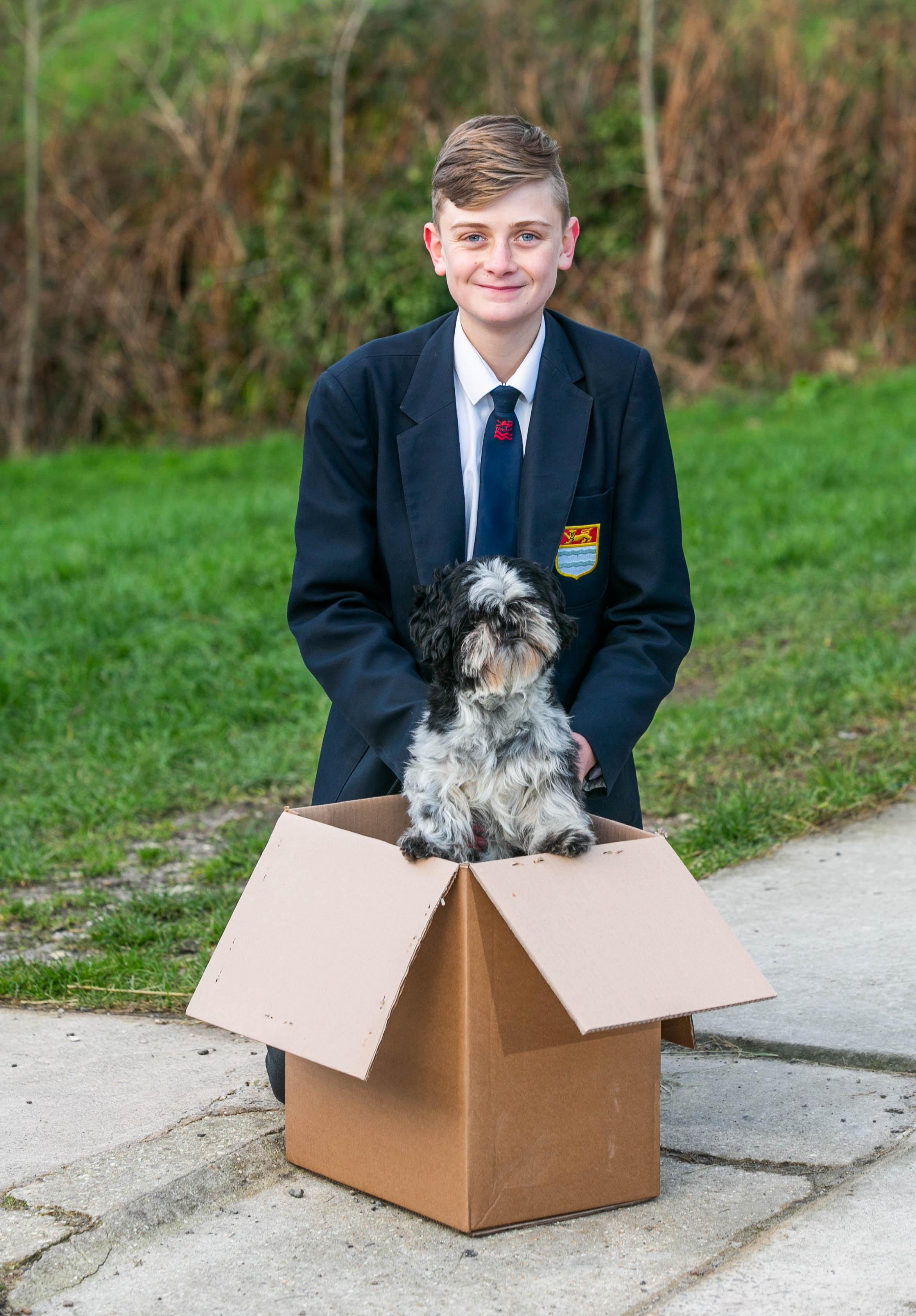 Once his business took off, he started ringing up wholesalers and placing huge orders.

He said: "One day I turned my phone after school and I couldn't believe my eyes.

"It read 'paid post now 34 items'. I showed my dad and we thought it was a glitch.

"I got home and instantly ordered another 122 units."

Every day the savvy teenager gets home from school at 4pm with only 35 minutes to package up and label his items before meeting local postman Leo at the village postbox half a mile away. 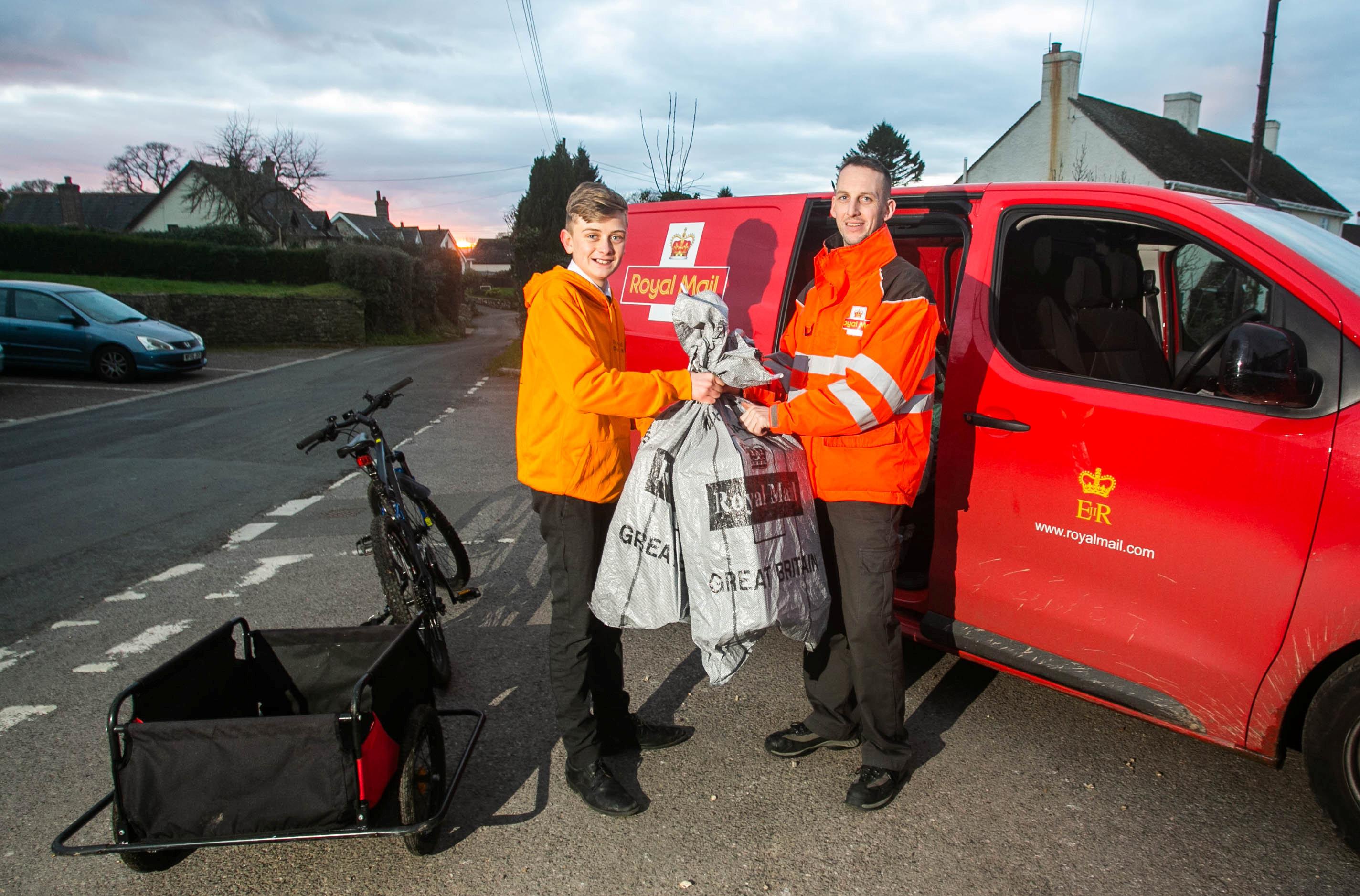 Tommy never takes a day off and even works over the school holidays.

He said Christmas was a great time for his fledgling shop, with Top Trumps card games among his best-selling items.

Tommy has also learned some hard lessons about business too.

"But it taught me a hard lesson about dead stock. There's no guarantee in business."

Tommy hopes to roll-out Dog In A Box across the UK, making it a go-to destination for shoppers.

He said: "I'm always looking to what else I can add.

"I'm looking to get more technology products listed as everyone could be a potential customer.

"I want to have warehouses across the country similar to Screwfix and Travis Perkins where you have a warehouse in the back and the counter at the front."

Last month, a mum-of-two revealed how she turned her painful bunions into a £250,000 shoe business she started after getting laid off while pregnant.

Earlier this month, The Sun revealed how two school friends have built a cash machine empire that’s now aiming for a £1million turnover all while studying for their degrees.

We also spoke to a young entrepreneur about how he started a million-pound video business with just £50 after his parents lost £150,000 in the Northern Rock crisis.