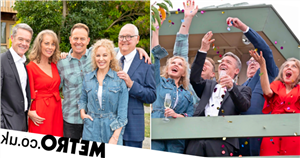 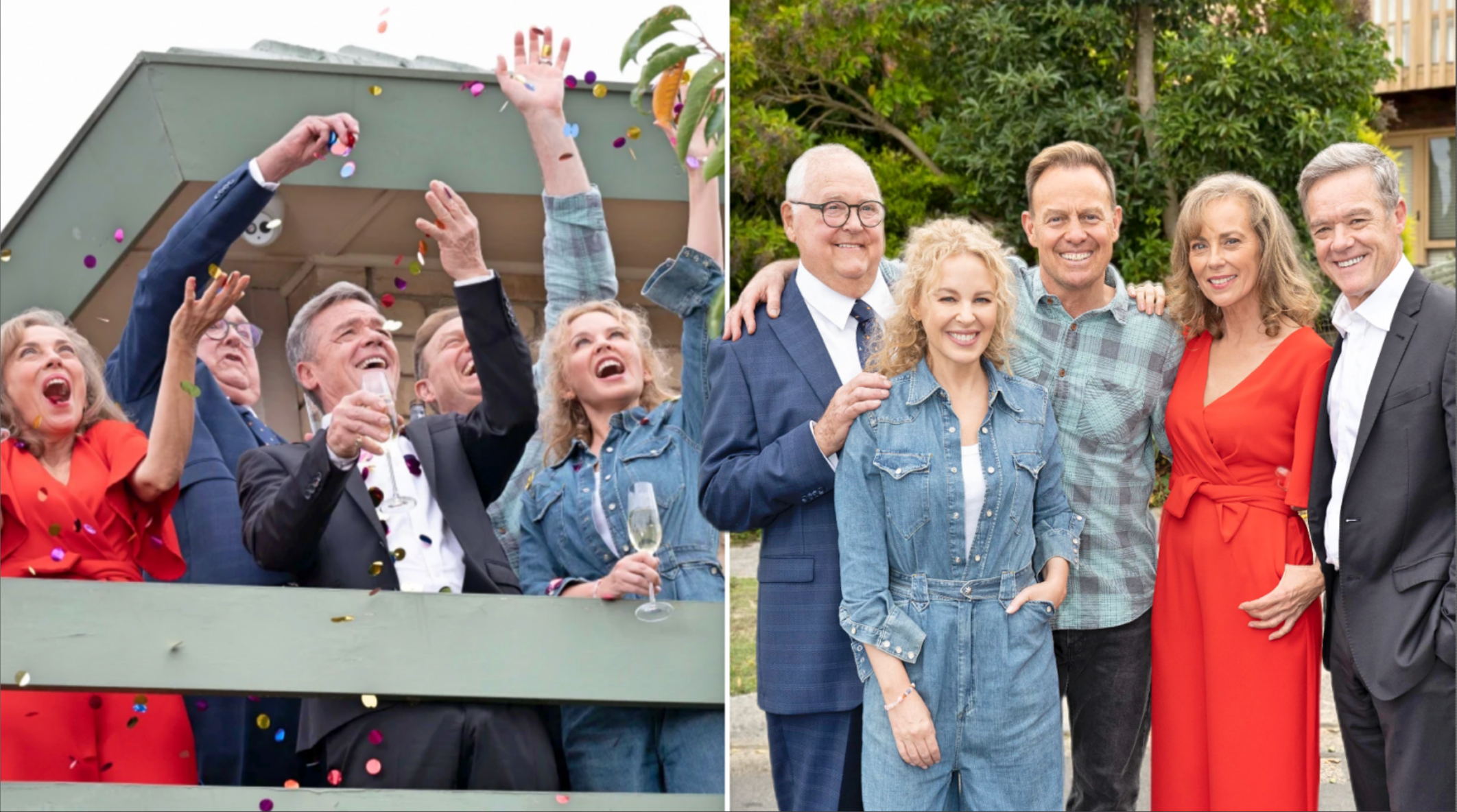 Neighbours is set to go out on a major high, as legendary couple Scott and Charlene Robinson stage an iconic comeback, joining Ramsay Street characters past and present for the ultimate goodbye.

Kylie Minogue and Jason Donovan, who played the renowned soap power couple during the late 1980s, will make their long-awaited return to Erinisborough next week, as Neighbours reaches its untimely end.

Little is known about what exactly it is that brings Scott and Charlene back, but a number of famous faces from every era of the show have been popping up over the past few weeks, to mark the ending of the Aussie icon.

Kylie, meanwhile, shared some snaps of her Ramsay Street reunion with co-star Jason on Instagram last week, giving fans their first official look at Scott and Charlene back where they belong.

‘Now we’re back together,’ she on Instagram, making reference to her and Jason’s legendary hit Especially For You as she captioned the post.

But if that wasn’t enough to whet your nostalgic appetite, then you’ll be pleased to know that Neighbours has now previewed the couple’s comeback as well, with a series of jaw-droppingly stunning new pictures – and be right back, we’re just getting some tissues.

The new snaps confirm that, upon arriving in Ramsay Street, Charlene will reconnect with old pal Jane Harris (Annie Jones), with one snap in particular showing the two sharing a hug.

Scott and Charlene will also re-connect with Harold Bishop (Ian Smith) and Paul Robinson (Stefan Dennis), as they share a glass of champers upon the balcony of No. 24, which goes on sale in upcoming scenes.

Kylie and Jason’s return was first announced in May, following word of the show’s controversial axing.

A statement by soap boss Jason Herbison was then shared to Twitter, as he revealed that the programme was ‘thrilled’ to be welcoming them back.

‘Scott and Charlene are the ultimate Neighbours couple and it would not feel right to end the show without them,’ the executive producer commented.

It has been an emotional experience for them, for us and I’m sure it will be for our viewers.’

Kylie, meanwhile, discussed her return, saying: ‘It was lovely and emotional. Driving into Ramsay Street was quite something’

She told Today Extra: ‘Firstly, where’s all that time gone?

‘There was a lot of talking about memories and going back in time.’

Charlene was last seen in Erinsborough in 1988, while Scott left the following year in 1989.

The soap power couple, whose wedding was watched by 20 million viewers in the UK back in 1988, received a mention earlier this year, when Paul Robinson (Stefan Dennis) took a trip to Brisbane to take some time away from work.

Neighbours airs these scenes on Friday July 29 at 9pm on Channel 5.