It was a long, winding journey to seek out something the size of a poppy seed. Mitchell Korda, a seed collector at the National Seed Bank, drove through Australia’s alpine region on back country tracks, hiked for hours up steep hills and camped overnight.

And when Korda and a colleague arrived at their destination, they were pleasantly surprised to find not one, but two, of the very rare native plant species they’d come looking for: the Namadgi tea tree and the dwarf violet. 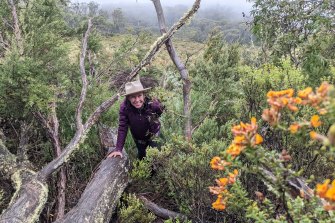 Georgia Davis, from the WWF-Australia, joined other volunteers searching for rare subalpine plants in Namadgi National Park in March.

Searches for rare plants in Australia’s sub-alpine regions has found small populations of all five rare plant species – a huge relief after fears the devastating Black Summer bushfires might have wiped them out.

Seed collectors travelled to the Alpine National Park in Victoria, Namadgi National Park in the Australian Capital Territory and Kosciuszko National Park in NSW to search for five target species: the Namadgi tea tree, the slender parrot pea, the dwarf violet, the daisy bush and the shiny phebalium.

Korda and a colleague went to a remote area of Namadgi National Park – the largest intact bog and fen community in the Australian alps – to look for the Namadgi tea tree. They were thrilled to discover dwarf violets growing in the same location, an area where they were previously unknown.

“It was like this really small, green carpet on the ground, there were so many plants,” Korda said. “They were so small we couldn’t really tell what they were until we had a closer look.” 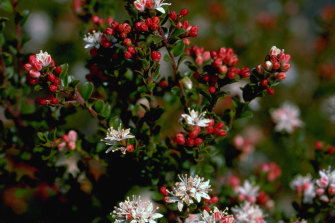 One of the five very rare plants targeted: shiny phebalium

The catastrophic bushfires in 2019-20 gave rise to the Survive and Thrive recovery project, which aims to conserve these rare plants for future generations. It’s a partnership between the National Parks Conservation Trust, the Australian National Botanic Gardens, the World Wide Fund for Nature-Australia and others.

The alpine species targeted by the project have had all or most of their populations burnt by fire, are understood to be rare and likely to meet multiple criteria for threatened species listing. They also have either no or limited seed stocks safely preserved in existing “backup” collections.

When the rare plants are found, Korda and his colleagues pick any fruit or seeds by hand – the dwarf violet has seeds smaller than that of a poppy – and take them to a specialised drying room at the National Seed Bank at the Australian National Botanic Gardens in Canberra. The botanic gardens in Melbourne and Sydney have similar facilities.

Cuttings are also taken from plants: “We’re very careful to make sure we only take material if there’s enough there so that we won’t affect the existing population,” he says. 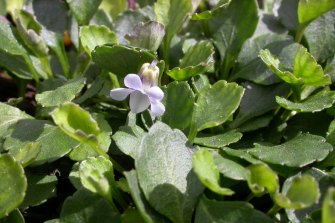 A dwarf violet has seeds smaller than that of a poppy.

They hope these nursery-grown plants could be used to bolster wild populations in the future. Human-caused climate change makes this type of intervention more urgent because extreme bushfire conditions are becoming more frequent.

“Australia’s Alps are home to some amazing plants found nowhere else in the world, but for many we had no seeds stored or specimens growing in a nursery,” said National Parks Conservation Trust spokesperson Dr Judy West.

“A lot of effort was being put into animals straight after the fires, but we really needed to also do something about the plants, which the animals depend on.”

Figuring how to get some of these unusual plant cuttings and seeds to propagate is not an easy task. Many of them are a mystery and botanists need to discover the specific temperature and humidity conditions that are best to keep the seeds viable in long-term storage.

Some alpine plants rely on fire to germinate and others need a certain length of time under freezing conditions, growing quickly after the snow melts.

Over last summer, seed collectors and volunteers made 35 trips to 20 remote locations, and 24 collections were made of seed and cuttings.

“We have to crack all those secrets, and once we know them it means we can share them with seed banks across Australia. No one has ever done research work on these five species,” says West.