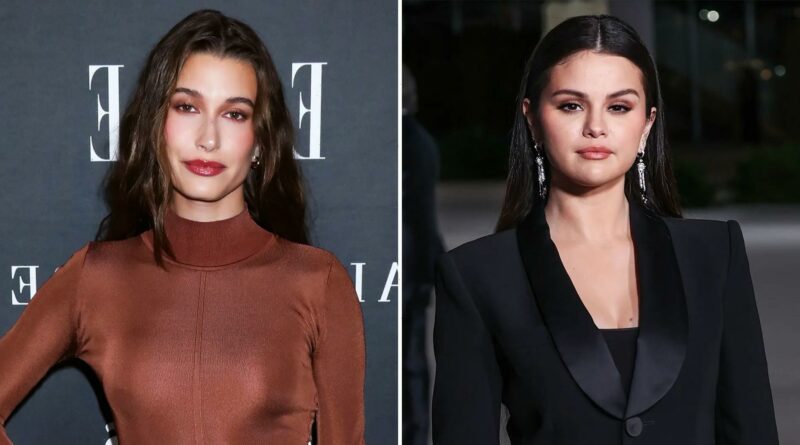 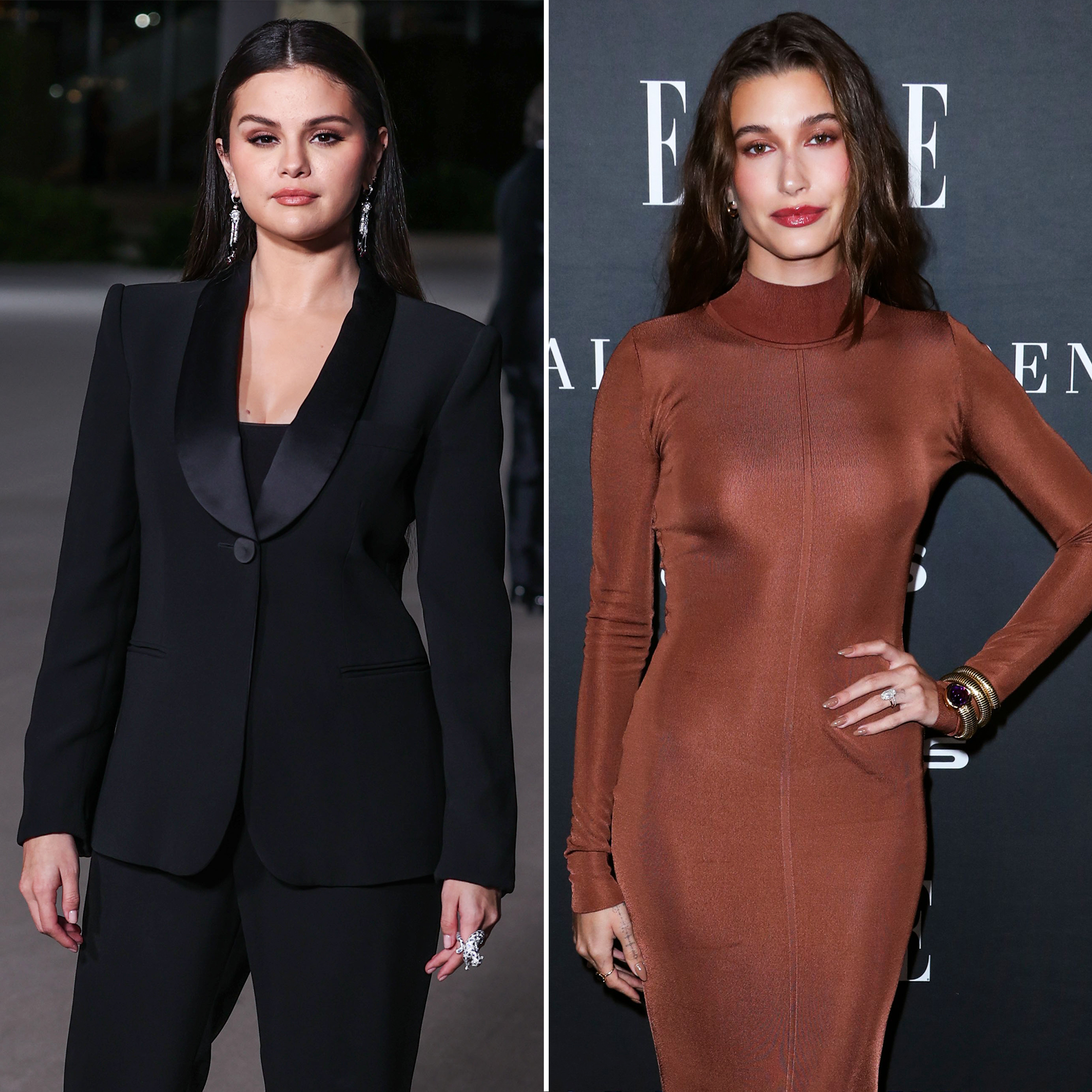 No bad blood here. Selena Gomez revealed that she and Hailey Bieber (née Baldwin) do not have any issues with each other despite their history.

“Yeah, it’s not a big deal. It’s not even a thing,” the Only Murders in the Building star, 30, said when asked about the situation in an interview with Vulture on Wednesday, November 2.

The model, 25, and the Rare Beauty founder made headlines when the two hugged and took a picture together during a night out at the Academy Museum of Motion Pictures annual gala in October.

Photographer Tyrell Hampton shared the photo of the two via Instagram at the time. “Plot twist,” he captioned the snap.

Since the Rhodes founder and Justin Bieber tied the knot four years ago, their relationship with the former Disney actress has been a hot topic. Gomez and the “Baby” singer dated off and on for eight years until they called it quits for good in May 2018. Following their split, the “As Long As You Love Me” crooner rekindled his romance with Hailey — the couple previously dated from 2015 to 2016 — and got engaged in July 2018. The pair wed two months later.

During an interview on the “Call Her Daddy” podcast in September, the Drop the Mic host clarified that there was no “overlap” between her and Gomez’s relationship with the Canadian performer. “This is so crazy, I’ve literally never talked about this ever. A lot of the hate and perpetuation comes from [people thinking], like, ‘Oh, you stole him.’ It’s about people knowing the truth. Because there’s a truth,” she explained.

Hailey also revealed that she and the “Same Old Love” singer have spoken privately since she and Justin got married. “That’s why I’m like, it’s all respect, it’s all love,” she said. “That’s also why I feel like if everybody on our side knows what happened and we’re good and we could walk away from it with clarity and respect then that’s fine. … Which had brought me a lot of peace and I’m like, ‘We know what happened it is what it is.’ You’re never going to be able to correct every narrative.”

Being the Biebers: Justin and Hailey’s Quotes About Marriage Ups and Downs

After the Arizona native’s interview came out, the “Yummy” artist supported his wife for speaking out. “[Justin’s] proud of Hailey for being herself and thought the whole interview was super cool,” a source exclusively told Us Weekly in October.

“Hailey felt she needed to address that elephant in the room and clear the air with regards to how she and Justin got together, now she’s moved on and doesn’t want to address it,” the source continued. “She means no harm to Selena herself, but it felt important to let it be known that she’s had some horrible abuse and it wasn’t okay to treat her that way and nor will it ever be.”