Getting candid in the kitchen. In the second episode of her new cooking show, Selena + Chef, Selena Gomez opened up about her mental health while virtually cooking and chatting with chef Antonia Lofaso.

As part of the premise of the HBO Max show, which released its first three episodes on Thursday, August 13, each chef who cooks virtually with Gomez, 28, selects a charity that the program will donate $10,000 to. As Lofaso, 43, explained, she picked Beit T’Shuvah, which is a drug and rehab facility in Los Angeles.

“I’ve had family members with substance abuse who’ve basically been given back to me through rehabilitation and I know that there’s always an opportunity for people to find their way back home when there’s help that’s readily available to them,” the Busy Mom’s Cookbook author said.

The Monte Carlo star wholeheartedly agreed, calling her guest’s choice of charity and the explanation behind it, “incredible.”

“I also have bipolar [disorder], so I deal with a lot of mental health issues and some of my family members are also addicts, so, you know, it’s something that I’m extremely passionate about as well,” Gomez said. “I think that there is a lot of shame and guilt in it and then there’s also this pressure of, you know, wanting to feel like you’re a part of the crowd if you do this and do that.”

The “Lose You To Love Me” singer added: “I’m very grateful that I now know that’s something you do and people can check it out.” 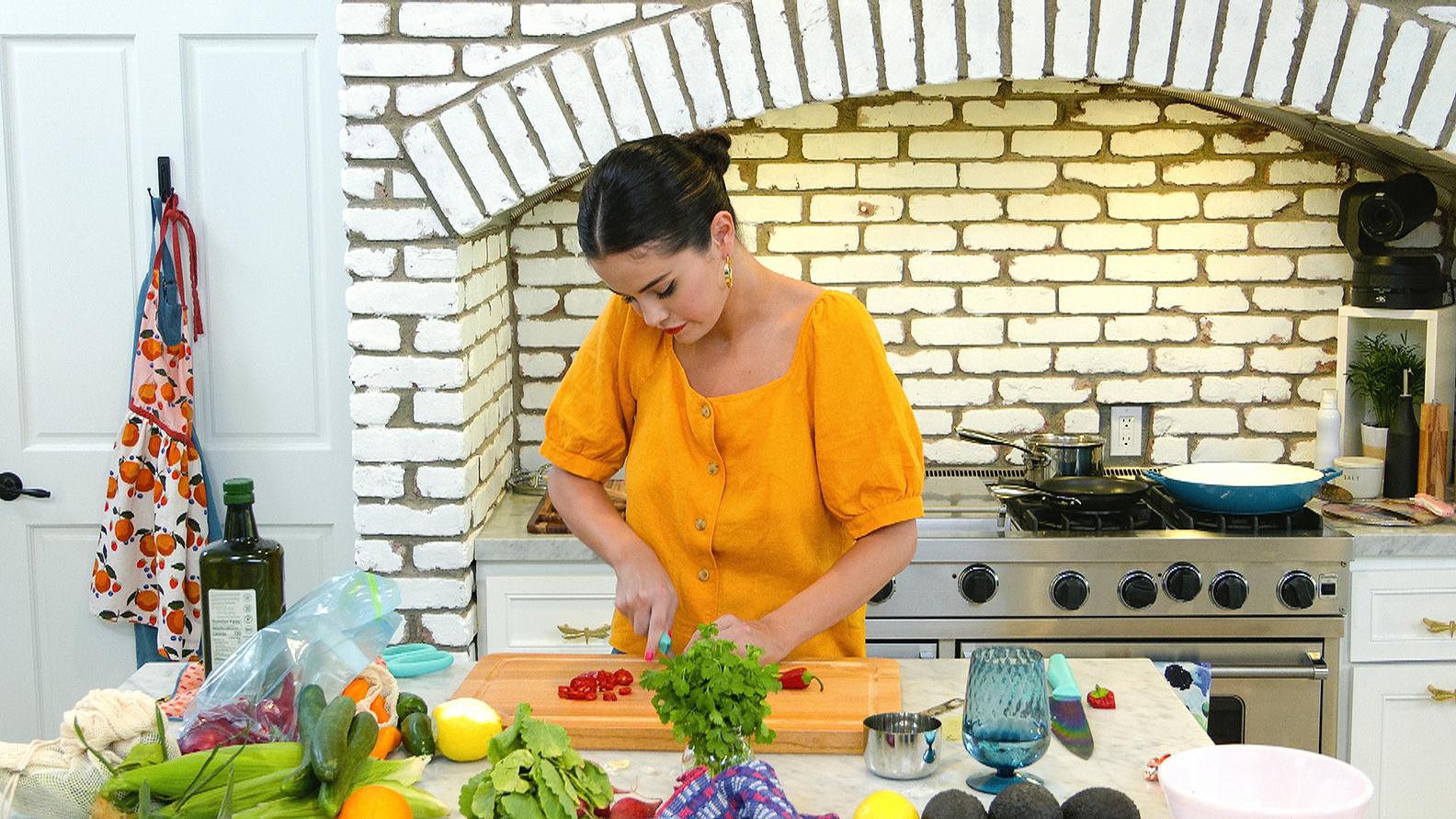 Gomez, who has always been candid with fans about her mental health struggles, revealed her bipolar diagnosis during an episode of pal Miley Cyrus‘ “Bright Minded” Instagram Live show in April. “Recently I went to one best mental hospitals in the world … And I discussed that after years of going through a lot of different things I realized that I was bipolar,” she explained at the time. “When I have more information, it actually helps me, it doesn’t scare me once I know it … When I finally said what I was going to say, I wanted to know everything about it and it took the fear away.”

The Wizards of Waverly Place alum, who has sought treatment for anxiety and depression in the past, most recently completed a program in December 2018.

“Last year was definitely a year of self-reflection, challenges and growth,” Gomez wrote on Instagram in January 2019. “It’s always those challenges which show you who you are and what you are capable of overcoming.”

In addition to their candid conversation about mental health, Lofaso taught Gomez how to make a seafood tostada, which pushed the Texas native far out of her culinary comfort zone.

Selena Gomez Through the Years

Aside from handling a whole, raw octopus in order to prepare the dish, Gomez was tasked with trimming raw calamari and peeling shrimp. Though she dealt with all the raw seafood like a pro, Lofaso couldn’t help but laugh as her student gagged while cutting off the octopus’ head and tentacles.

While Gomez only sprinkled a tiny bit of octopus on her tostada, she noted that the final dish was “unbelievable.”

If you or someone you know is struggling with their mental health, contact the Substance Abuse and Mental Health Services Administration (SAMHSA) National Helpline at 1-800-662-HELP (4357).