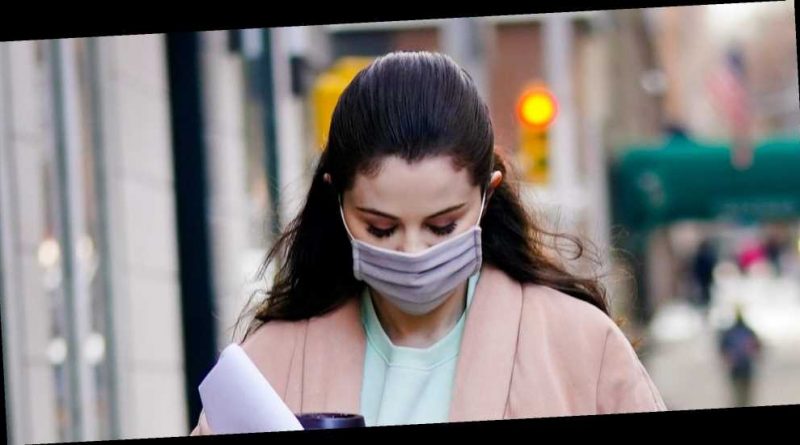 Selena Gomez makes me want to stay in bed permanently. While in New York filming Only Murders in the Building, Gomez has been spotted in a handful of extremely comfortable outfits that look more comfortable than my mattress and exactly like my comforter. The actress has recently matched her blanket to her loungewear and worn Ugg boots in a surprising color.

For her latest cozycore look she wore the most popular Ugg boot of all time that is on surprise sale at Nordstrom for $125 and ."

While the sun has finally come out in New York after weeks of more snowfall than the city has seen in years, Gomez doesn't appear to be giving up her signature on-set cozy style. It appears that she is actually doubling down and may have worn two coats at once while flipping off the paparazzi. Soft but hard. Fuzzy, yet tough. We love it.

And to be fair, cozy style isn't going anywhere in 2021 no matter what the weather says. We're still going to be spending a majority of our time indoors, so we might as well put on a duvet for a coat and some Ugg boots while we're at it.

Plus, there is clearly no beginning or end time for Ugg season apparently. Time is a flat circle and so are… Ugg boots? Actually, what even is time these days? Apparently time is just a reason to wear Ugg boots and that works for us.