Home » Lifestyle » Seven rumoured to bring Big Brother back in 2020, and it just might make sense

Seven has denied reports this week "confirming" it will bring Big Brother back in 2020, with a network source claiming negotiations over the reality show are ongoing and involve multiple broadcasters.

Production company Endemol Shine Australia similarly refused to confirm the reports, with a well-placed source dismissing them as "media hype". 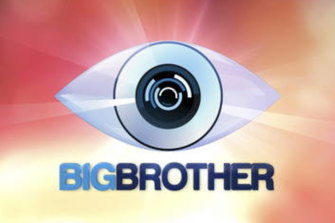 Big Brother is (probably) coming back.

However, the chances of someone airing a revamped Big Brother next year (or in early 2021) are high, given the call for applicants on casting platform etribez.com.

"Big Brother is back," the casting page announces. "The game has changed. Are you ready to play? Apply now."

If the speculation is correct, a Big Brother reboot could make enormous sense for Seven, which desperately needs to refresh its line-up (even if it's with a 20-year-old format), to capture a younger audience (the network has the oldest average viewer age of the three major commercial broadcasters), and to crack into the digital space in a meaningful way.

If done well, Big Brother could achieve all the above.

"Big Brother has been commissioned to bring the audience profile down and deliver a show that stimulates an audience across platforms and drives greater talkability," said one senior executive at a rival network said.

The format rights will likely cost between $20 million and $30 million. That the show has lain fallow since Nine last aired it in 2014 will have driven the price down, but the urgent need for Seven to get a deal done so it can announce something new and exciting at its upfront presentation to advertisers on October 23 may have added a touch of desperation to negotiations – especially if, as the network itself has suggested, securing the rights is not a one-horse race.

Industry talk suggests Seven will look at a run of six to eight weeks. With BB likely to be strip-programmed Sunday to Thursday, that would suggest between 30 and 40 episodes. The longer the run, the less each episode is likely to cost the cash-strapped network, which may encourage it to go as long as possible. 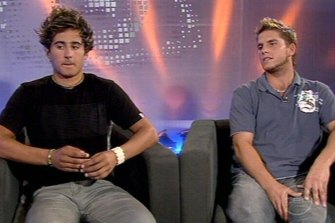 Media analysts have pointed to Seven's lack of a coherent digital strategy as one of its biggest challenges. As Nick Murray, managing director of production company CJZ, observes, "there's a lot of content to be created from the shaved-off bits of Big Brother".

If the experience of Nine with Love Island and Married at First Sight and Ten with the Bachelor franchise is anything to go by, that material could prove enormously important in bringing younger viewers to social media and the BVOD service 7Plus.

Though Seven needs to revive its prime-time line-up given its dependence on ageing formats such as MKR, Murray also believes there would be value in the network programming Big Brother in a later slot.

The crucial question, of course, is whether people still want to watch.

Big Brother was revolutionary when it debuted in the Netherlands in 1999, and paved the way for the proliferation of relationship-focused reality shows that now dominate free-to-air television.

At its zenith, the Australian version averaged 1.7 million viewers per episode (season three on Ten, with Chrissie Swan and Regina Bird). But by the time Nine aired its most recent season in 2014, just 650,000 people on average tuned in.

Some of what once made it remarkable, for better or worse – the dancing doonas, the hot-tub sessions, the embarrassing revelations and stunt challenges – have now become commonplace. It's possible Big Brother no longer has the capacity to shock us, especially at 7.30 at night. If the rumours are real, Seven will need to make good on the promise that "the game has changed". 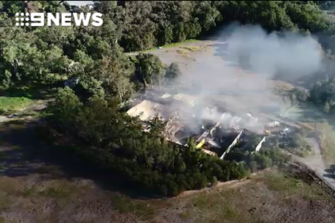 An aerial view of the Big Brother house fire on the Gold Coast on Saturday, June 22, 2019.Credit:Nine News

Certainly the location will have to, since the original Big Brother house – in a purpose-built compound at Dreamworld on the Gold Coast – was burnt down by arsons in June.

Ironically, that might prove to be an ace up Seven's sleeve. A clean start could be just what the network needs to set the ratings ablaze.