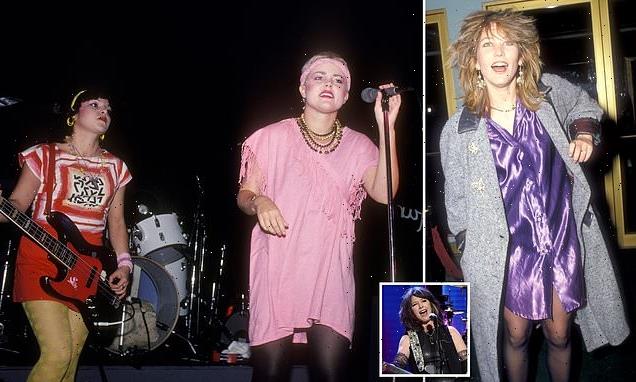 Sex, drugs and rock ‘n’ roll isn’t just for the boys! The Go-Go’s bassist Kathy Valentine’s reveals how she fell pregnant at 12, tried LSD in childhood and partied all night with Rod Stewart in raucous memoir

Sex, drugs and rock’n’roll all feature in a thrilling new memoir from The Go-Go’s bassist Kathy Valentine.

Valentine, 63, talks about her difficult early childhood in Austin, Texas, and life with the all-women rock band in All I Ever Wanted: A Rock’n’Roll Memoir.

Pioneers in a male-dominated industry, the Go-Go’s  – known for hits like We Got the Beat and Our Lips Are Sealed – were embraced by their male peers but faced opposition from executives and journalists who failed to take them seriously and dubbed the group ‘pop sweethearts’, despite their hard-living ways. 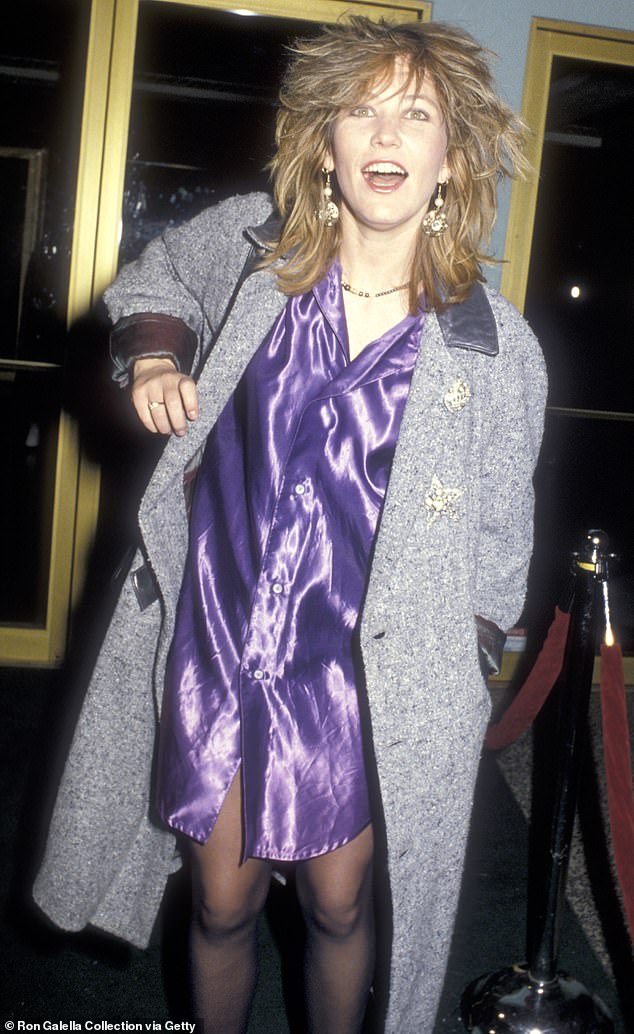 Kathy Valentine, 63, talks about her difficult early childhood in Austin, Texas, and life with the all-women rock band in All I Ever Wanted: A Rock’n’Roll Memoir 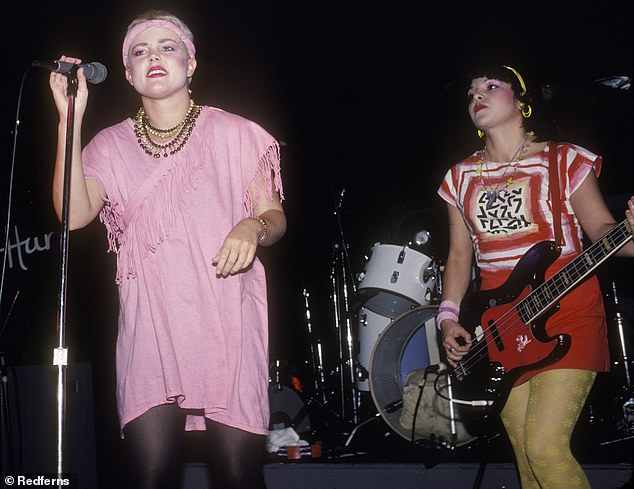 Valentine (right) on stage with Belinda Carlisle in 1980, the year she joined the Go-Go’s 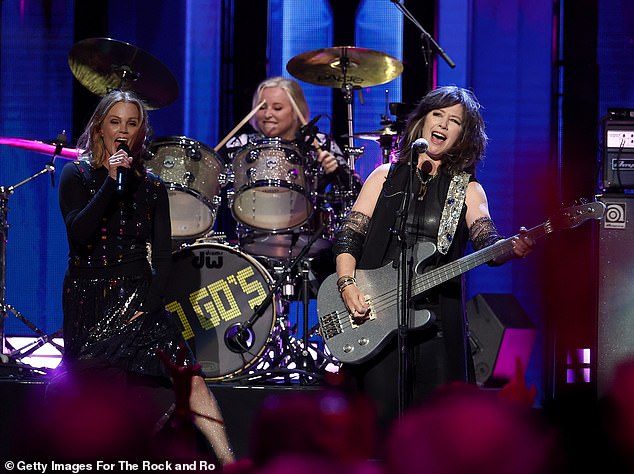 For Valentine, the rock’n’roll lifestyle started in childhood.

Born in Austin, Texas, from the age of two Valentine was raised by a single mother who revelled in being a rebel.

Drugs, sex and alcohol were all present in Valentine’s early life, and dealers and local tearaways were allowed to crash at their place, no questions asked.

‘It was LSD named like crazy candy: Orange Sunshine, Windowpane, Clear Light,’ she recalls of the drugs she did then. ‘We could pool our lunch money to buy a few hits.’

Valentine was just 12 years old when she was found drunk in a neighbour’s garden and brought home to her mother, who failed to discipline her daughter.

That same year she had sex for the first time with the 14-year-old older brother of a friend. A few months later she had an abortion. At 14, she was raped.

A major turning point in her life came in 1973 when she was visiting her mother’s family in the UK. Top Of The Pops was on and Valentine laid eyes on the woman who would become her inspiration. 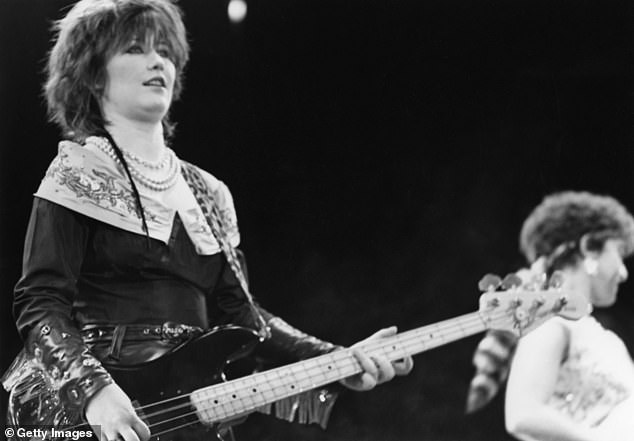 Valentine (left) was just 12 years old when she was found drunk in a neighbour’s garden and brought home to her mother. That same year she also had an abortion 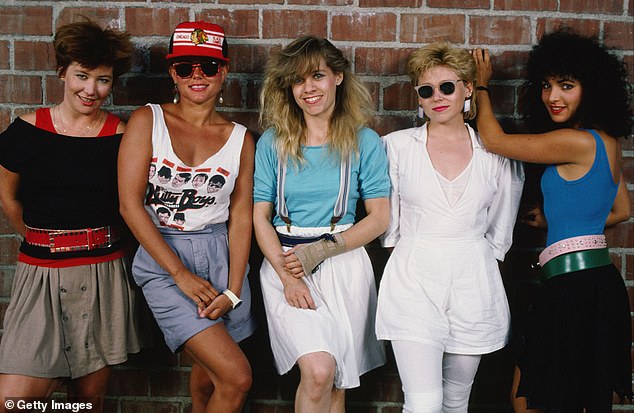 ‘I was 14 years old, and there she was: Suzi Quatro, a bass player fronting a rock band of guys,’ the rocker writes.

‘Seeing her doing what I had seen only men do changed everything. From that moment, I had one goal: to be in a kick**s band with a gang of like-minded girls and claim the life I wanted for myself.’

She learned guitar from her mother’s boyfriend and in 1978 moved to Los Angeles to follow her dream.

In 1980, she made her stage debut with the Go-Go’s. An all-female set-up who had formed two years prior on LA’s punk scene.

The original line-up consisted of Belinda Carlisle, Charlotte Caffey, Jane Wiedlin, Gina Schock and original base player Margot Olavarria, but the band had reportedly grown unhappy with Olavarria’s attitude towards rehearsal and tapped up Valentine as a replacement.

The new formulation was a hit. The following year the Go-Go’s signed to I.R.S. Records and by 1982 were touring with The Police.

Their debut album Beauty and the Beat was a surprise hit and topped the U.S. charts for six weeks in 1982. Thirty years later, the album appeared on Rolling Stone magazine’s list of The 500 Greatest Albums of All Time.

Valentine shares colourful stories from life on tour, including one incident involving a roadie who was terrorised by the band after he passed out on the toilet.

There is another story about partying all night with Rod Stewart, who in turn recalled the band’s penchant for cocaine in his memoir. 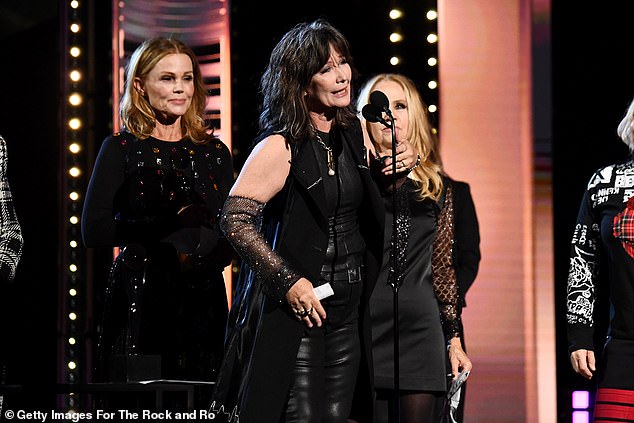 The Go-Go’s reunited last year to perform at the 36th Annual Rock & Roll Hall Of Fame Induction Ceremony, bringing to an end a tense period for the band

Looking back, Valentine told the Daily Telegraph she was a ‘high functioning’ addict and was fortunate not to do any of the ‘terrible things’ that have proved ruinous for other stars.

‘I wasn’t thrown in jail. I didn’t go crazy. I didn’t kill anybody or get in a car accident. I never became a terrible pill or heroin addict or things that are difficult to bounce back from,’ she said. 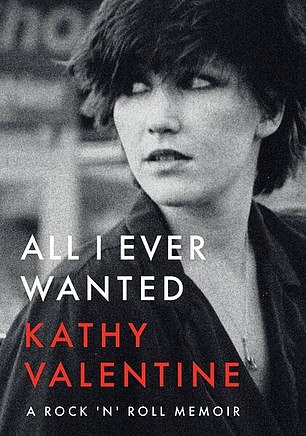 All I Ever Wanted by Kathy Valentine is published by Jawbone

However drugs were still partly to blame for the band’s demise in 1985. There were also disputes over money – the songwriters of the group were paid more than the others – and they alienated their manager.

After leaving the band, Valentine fell into debt and alcoholism before recovery. She has now been sober for 33 years.

The Go-Go’s reunited last year to perform at the 36th Annual Rock & Roll Hall Of Fame Induction Ceremony, bringing to an end a tense period for the band.

‘The Hall of Fame helped us overcome and heal a lot of stuff, it happened at the perfect time,’ she told the Irish Examiner.

‘I sued them when they formed a new partnership and cut me out. Gina also sued Charlotte (Caffey), there was a lot of ugly behind the scenes stuff.

‘The Go-Go’s documentary (simply titled The Go-Go’s) also had a lot to do with healing past grudges. People had been hurting for 30 years, we were five young messed up people who were not compassionate or emotionally mature.’

All I Ever Wanted by Kathy Valentine is published by Jawbone (£14.95)