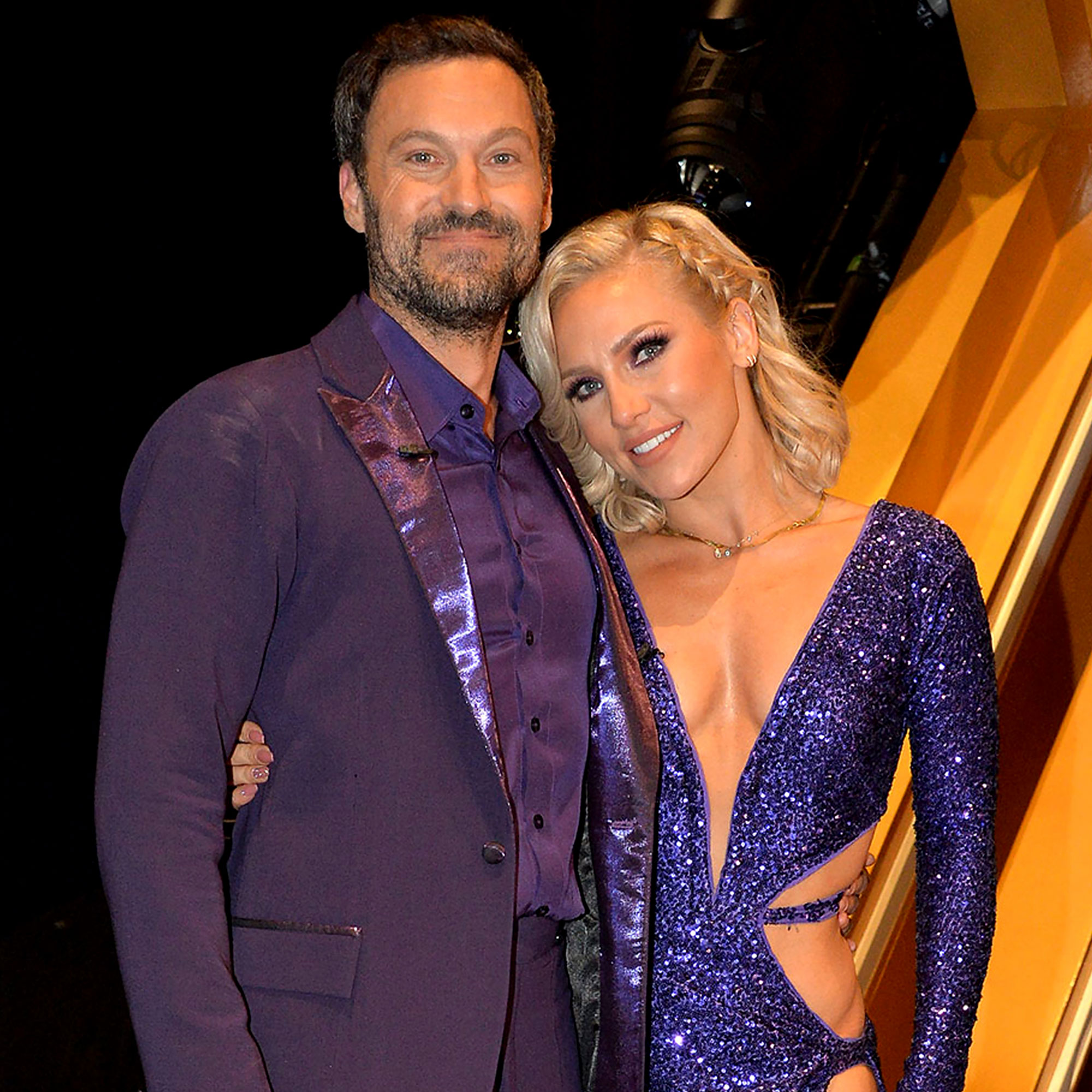 On the mend. Sharna Burgess gave an updated on boyfriend Brian Austin Green‘s health after a recent battle with an ulcerative colitis flare-up left him bedridden for six weeks.

“We had just got back from Hawaii and Brian had an episode,” the Dancing With the Stars pro, 36, recalled during an appearance on the Wednesday, June 15, episode of the Australian morning show, Today. Though the Beverly Hills, 90210 alum, 48, was diagnosed with the chronic inflammatory disease long ago, Burgess revealed that it had been “years since he has had anything come up” ahead of his recent flare-up.

The professional dancer — who is currently expecting her first child with Green, who is a father of four already — continued: “He was in bed for six and a half weeks. It really is debilitating. It can lead to terrible things, so I’m really grateful that he was able to come out on the other side of things. It was scary and it was intense.”

The “… With Brian Austin Green” podcast host first opened up about his battle with ulcerative colitis in April, when he praised Burgess for taking care of their whole family while he was sick. “Sharna was amazing,” Green gushed via Instagram at the time. “[She is] six, seven months pregnant [and] taking care of my three young kids [Noah, 8, Bodhi, 7, and Journey, 4] … taking care of me, not complaining. I am super thankful to have someone like her in my life.”

He concluded his video by assuring fans that he is “feeling good” now. “It was a terrible experience. I’m glad it’s over,” he added.

Last month, the couple opened up about dealing with what Green described as “a real rough experience” together. “I didn’t realize how debilitating it was until I saw him and watched weight drop off him,” Burgess said during their appearance on Good Morning America in May, revealing that the California native lost around 20 pounds while sick. “Not having experienced this type of thing before, and still learning, I was supportive and loving and [like], ‘I’m here for you,’ [but I was also] internally fearful for how long this goes on,” she said.

The twosome, who were first publicly linked in December 2020, have been open about their commitment to caring for one another and prioritizing their family. “I think she’s amazing. My kids love her. It’s a win-win right now. I totally love her. That’s without any question at all,” Green told Entertainment Tonight in June 2021. “She’s great with [my sons], she really is.”

Green, who is father to son Kassius, 19, who he shares with Vanessa Marcil as well as Noah, Bodhi and Journey, who he welcomed with ex-wife Megan Fox, gushed about how quickly Burgess connected with the boys.

“She’s super fun. They love hanging out with her and doing things and she has a great connection with each one of them. … She just instinctually sort of knows how to not be a stepparent in that way, but really just bond with them and love them.”

Following his recovery ulcerative colitis symptoms in April, the Knot’s Landing star gushed that he was a “lucky man” to have the Australia native in his life via Instagram, adding, “@sharnaburgess I love you ❤️.” In response, Burgess wrote that she was touched by her boyfriend’s “beautiful and unexpected” gesture, before promising to support him in everything. “I love you, and I’ve got you,” she wrote at the time. “You and the kids, always.”