Margaret Qualley and Shia LaBeouf stripped down for the music video for "Love Me Like You Hate Me," a song written by the actress' sister, Rainey Qualley. 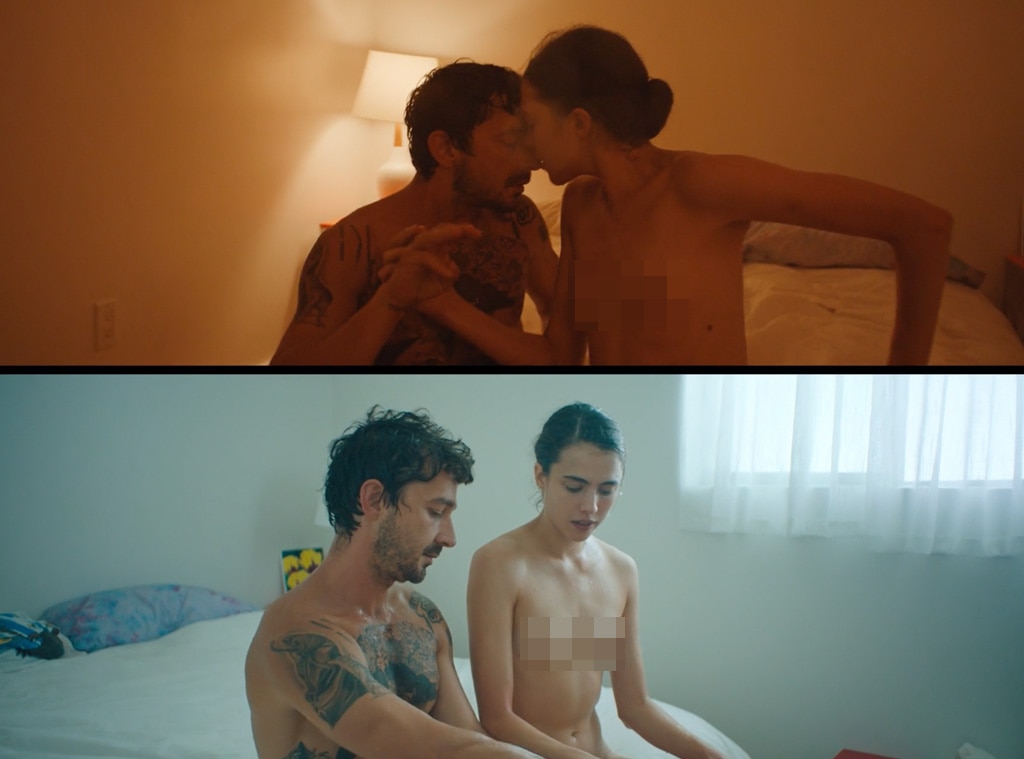 Shia LaBeouf and Margaret Qualley's latest project is for adult eyes only.

The actors appear completely nude  in the newly released music video for "Love Me Like You Hate Me," a somber song by Margaret's sister, Rainey Qualley, who goes by the stage name Rainsford.

In the short film, Margaret and Shia portray a couple in various stages of their romance. "The 10-minute split-screen film portrays the tenderness and toxicity of a relationship, presented from the dual, and at times conflicting, perspectives of a couple," a press release describes, according to Consequence of Sound. "With a gently disorientating structure, the piece builds towards an open-ended resolution that loops back on itself, returning us to where we began."

At times, Margaret and Shia are completely nude as they're in the throes of a choreographed sex scene. But, as Rainsford explained on Instagram, "It's filled with love and pain and tenderness and rage and real pieces of my heart."

Additionally, Rainsford thanked Booksmart director Olivia Wilde for her help with the shoot.

Interestingly enough, Olivia was set to direct Shia in the highly-anticipated movie Don't Worry Darling, but he's since been replaced by singer Harry Styles.

Wendy Williams Speaks Out Amid Fans' Concerns Over On-Air Behavior

Jamie Foxx's ''Heart Is Shattered'' After His Younger Sister's Death

In typical mom fashion, the Four Weddings and a Funeral star commented a second time. "This time it made me cry. So so Beautiful," she remarked. "I'm smiling and crying at the same time and I'll probably watch it in about oh I don't know I'm sure I'm gonna watch it at least 100 times."

Congratulations came in from other famous friends, including Debby Ryan and Leslie Odom Jr.

Jokes aside, Rainey thanked her sister for participating in the music video, writing on Margaret's Instagram, "Happy happy happy birthday. You're the best[.] Gift is my whole life."