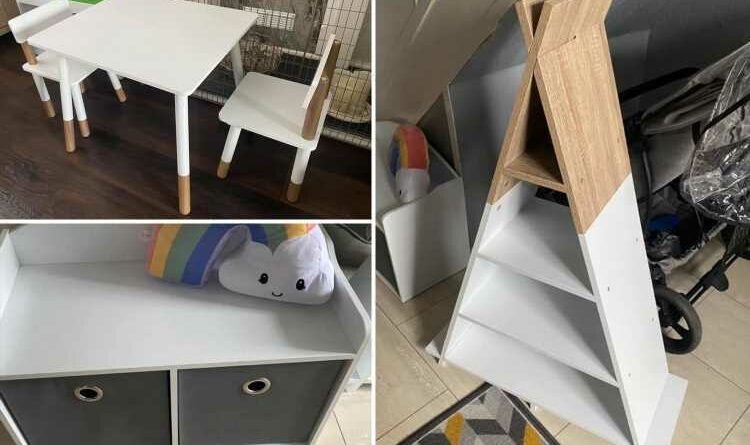 AN Aldi shopper has bagged a huge kid's furniture haul – including tables and chairs – after prices were slashed at her local store.

Carla Mechlan said she bagged a selection of items including a toy box, bookcase and a table and chairs set for up to £16 off their original price tags. 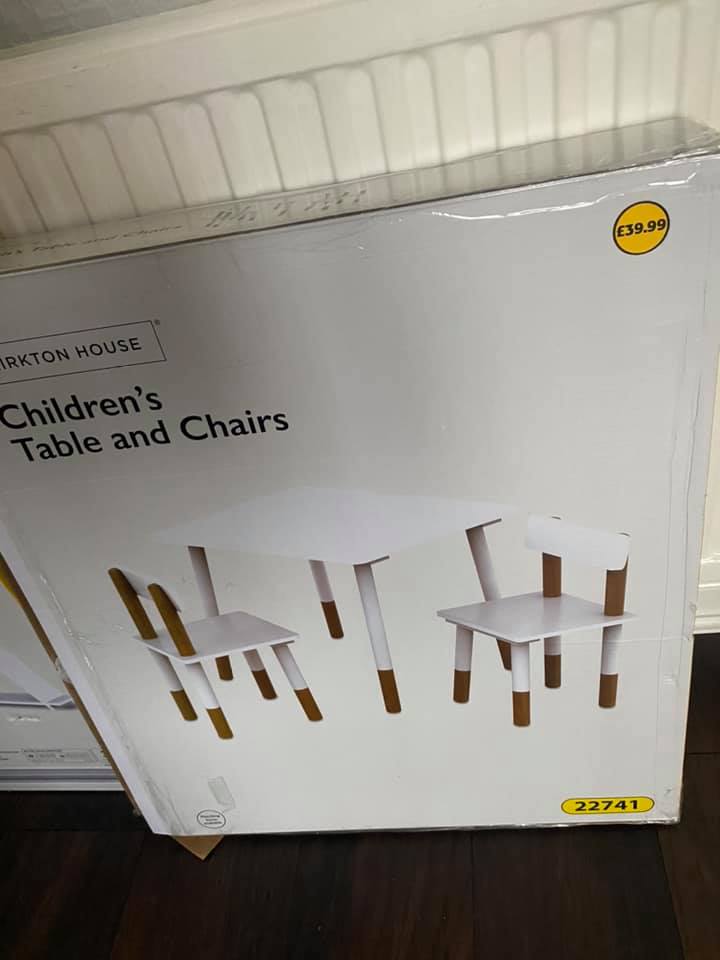 The happy shopper posted her bargains to the Extreme Couponing and Bargains UK Facebook group.

Carla joked that she “only went in for tea bags” to her local store in Annan, Scotland, but came out with some great deals instead.

She said she only found out that the items were reduced when she went to the till to pay for them.

Speaking to The Sun, Carla said: "It was a great find, and saves me a trip to IKEA.

"I came out with furniture for my boys' room and got it for less than sticker prices, win win!" 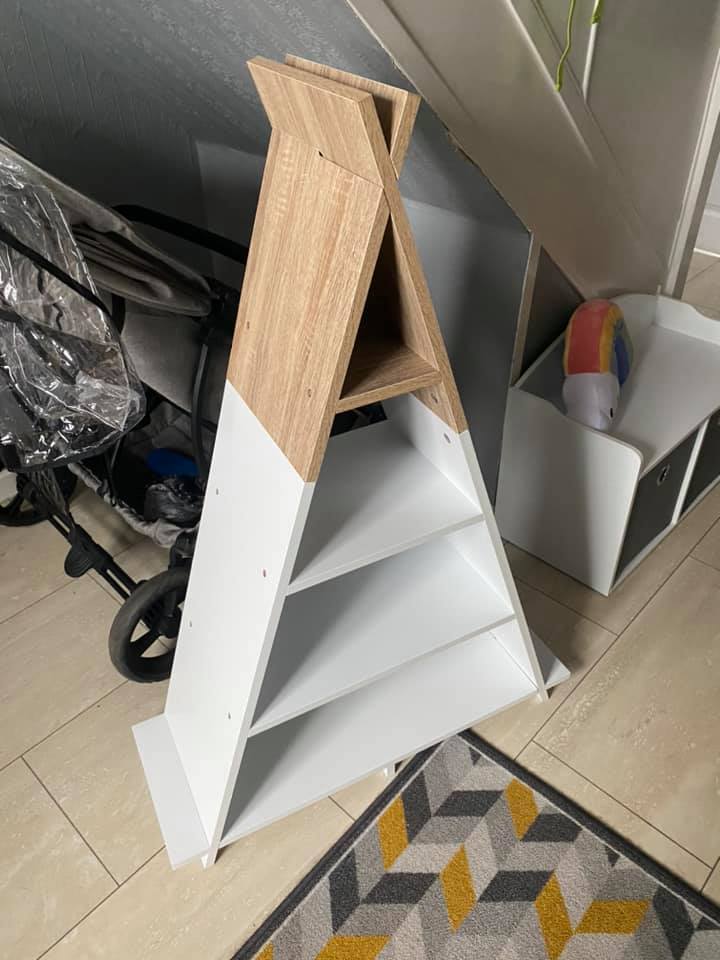 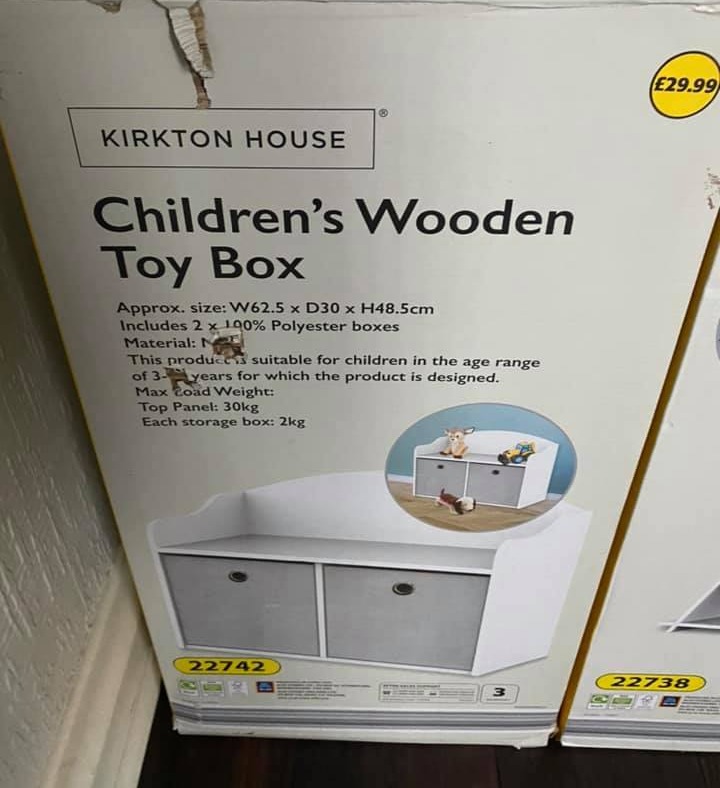 We’ve asked Aldi whether the prices for the items have been lowered across all stores, or whether the sale was just on at the store in Annan.

But we’ll update you as soon as we know more.

One said the prices were “brilliant” and many said they needed to take a trip to their local branch to see if they could get the same bargain.

The Sun spotted that the same or similar items were being sold for more at Aldi’s rivals.

Toy boxes were being flogged for £59 at Dunelm.

But before you splash out, make sure to compare prices online.

You could find something similar going for less at another store.

How to find top bargain deals

FINDING deals and offers can be tricky if you don’t know where to look.

Here's a list of hacks you can use to become a bargain hunting pro and save on your shopping bill:

Other deal hunters have dished out tips on how to get massive discounts and even freebies from big name shops.

One money-saving shopper revealed how he got a £250 cabinet from Homebase without paying a penny.

While another explained how to get a £20 Studio 8ft pool for just £10.

Here's the best supermarket bargains this week revealed, including Aldi, Lidl and Tesco.

We have a round-up of the cheapest swimming pools available to buy from shops like Aldi and Argos.

Plus we couldn't leave pets out of the summer fun, as B&M has brought back its £5 cooling mats, and they look just like fun fruit slices.