Sidney Sheinberg, an irascible Universal Studios executive who discovered and nurtured Steven Spielberg, putting “Jaws” into production and helping to turn Hollywood into a blockbuster-focused business, died on Thursday at his home in Beverly Hills, Calif. He was 84.

His death, following years of Parkinson’s disease, was confirmed by his son, Jonathan.

Mr. Sheinberg was for much of his career the forthright top deputy to Lew Wasserman, the chairman of MCA, a conglomerate that encompassed Universal. The ultimate mogul, Mr. Wasserman defined power in Hollywood in the decades after World War II.

But Mr. Sheinberg, openly intimidating as president and chief operating officer, kept the gears turning. When the two men left MCA in 1995, Mr. Sheinberg had worked for the company for 36 years, the last 22 as president.

During that time he helped transform Universal into an international entertainment giant, complete with a sprawling theme park empire.

He played a major role in pivotal films like “Back to the Future,” in 1985 (and a few hall-of-fame flops, like “Waterworld” 10 years later), and turned Universal into a television superpower. The company had the No. 1 show in 1970 with “Marcus Welby, M.D.,” about a kindhearted physician starring Robert Young, and churned out 20 movie-of-the-week projects annually.

Mr. Sheinberg was also credited with seeing opportunity in music — he led MCA’s purchases of Motown in 1988 and Geffen Records in 1990 — and putting Universal into a competitive position with Disney in the global theme park business.

Mr. Sheinberg relished a court battle, sparring about copyright issues with Sony over the V.C.R. and with Nintendo over its Donkey Kong game.

“Sheinberg dealt with all people like a battering ram: Do it his way or get out of the way,” Dennis McDougal wrote in the 1998 biography “The Last Mogul: Lew Wasserman, MCA, and the Hidden History of Hollywood.”

Most important, Mr. Sheinberg discovered Mr. Spielberg. It was 1968 and the director, in his early 20s, had just completed a short film, “Amblin’,” a love story about hitchhiking hippies. Based on what he saw, Mr. Sheinberg put Mr. Spielberg under contract and gave him a job directing television shows. An episode of “Marcus Welby” was one of the first. In 1971 came “Duel,” Mr. Spielberg’s thrilling TV movie about a commuter terrorized by a truck driver.

Mr. Sheinberg, who could be as tender as he was prickly, was the one who allowed Mr. Spielberg to make “Jaws,” giving him a budget of $3.5 million (about $17 million in today’s money). A problem-plagued shoot pushed the cost to more than twice as much.

But Mr. Sheinberg, developing a father-son relationship with Mr. Spielberg, continued to support the film, which went on to become the prototype for the wide-release summer blockbuster.

“Sid created me, in a way, and I also re-created Sid, in a way,” Mr. Spielberg was quoted as saying in The New York Times in 1997.

Under Mr. Sheinberg’s watch, Universal released two more hits from Mr. Spielberg, “E.T. the Extra-Terrestrial” (1982) and “Jurassic Park” (1993). It was Mr. Sheinberg who handed Mr. Spielberg Thomas Keneally’s novel “Schindler’s List,” which the director turned into his masterpiece of the same title. Released in 1993, it won seven Academy Awards, including best picture. 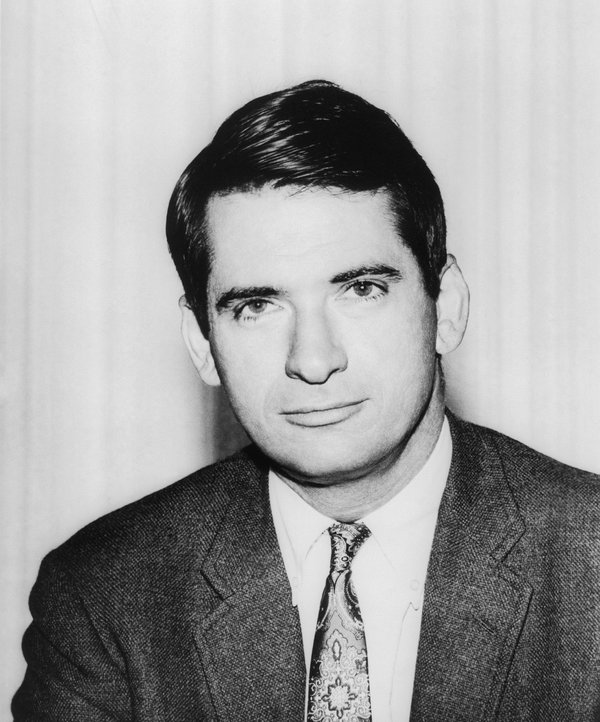 “My heart is broken,” Mr. Spielberg said in a statement on Friday. “For now, let me just say that Sid had a big personality and a tender heart. He was the tallest, most stand-up guy I ever knew.”

Sidney Jay Sheinberg was born on Jan. 14, 1935, in Corpus Christi, Tex., to Harry and Tillie (Grossman) Sheinberg, Jewish immigrants from Eastern Europe. They ran a dry goods store that catered mostly to Mexican-Americans.

As a teenager, Mr. Sheinberg worked as an announcer and occasional disc jockey at a local radio station. He graduated from Columbia University in 1955 and enrolled at the University of Texas at Austin for law school.

But he later transferred back to Columbia to earn his law degree after a dispute with Texas administrators over their treatment of black students. It was a demonstration of his concern for discrimination that would lead him to become involved with Human Rights Watch and prompt him to push Hollywood studios to provide same-sex benefits, landing him on the cover of the gay magazine The Advocate in 1991.

“I sat in his office as he made those phone calls, and it was not a quick ‘Yes, yes, yes’ from everyone” at those studios, said Skip Paul, a senior adviser at the investment bank Centerview Partners, who was groomed by Mr. Sheinberg at MCA. “When Sid believed in something or somebody, he didn’t just have your back — he pushed on your back.”

In 1956 Mr. Sheinberg married a Columbia classmate, Lorraine Gary. They settled in Southern California, where she had grown up and would become an actress, starring in “Jaws” and its sequels. He accepted a teaching job at the University of California, Los Angeles in 1958. The next year, he joined the legal department at Revue Productions, a television subsidiary of MCA, which eventually became Universal Television.

As he rose in MCA’s television business, Mr. Sheinberg drew the attention of Mr. Wasserman. Though not similar in style — Mr. Wasserman was smooth and diplomatic, while Mr. Sheinberg had rough edges — the men bonded over their backgrounds: They were both sons of families who had fled Eastern Europe’s anti-Semitism and settled in Middle America. (Mr. Wasserman, who died in 2002, grew up in Ohio.)

“Lew took note of Sid because he was one of the very few people who would stand up to him,” the director and actor Jerry Adler said in “The Last Mogul.”

Mr. Sheinberg’s brashness sometimes brought him into conflict with filmmakers. A fight with Terry Gilliam over the final cut of “Brazil” (1985) was particularly dramatic, involving warring ads in Variety. Mr. Sheinberg also pushed Robert Zemeckis, unsuccessfully, to change the title of “Back to the Future” to “Space Man From Pluto,” a name that “has heat, originality and projects fun,” Mr. Sheinberg wrote in a memo to Mr. Zemeckis in 1984. Mr. Zemeckis was mortified.

Mr. Spielberg stepped in, firing back a missive of his own on his fellow filmmaker’s behalf: “Thanks for your most humorous memo. We all got a big laugh out of it. Keep ′em coming.”

After he left MCA — having helped orchestrate the company’s sale to the Matsushita Electric Industrial Company in 1990 for more than $6 billion — Mr. Sheinberg, with his sons, Jon and Bill, started a Universal-based production company called the Bubble Factory. The name came from a moment when Mr. Sheinberg was in his backyard blowing bubbles with his grandchildren.

The venture was a disaster. The company made only a handful of movies, and most were bombs, including “McHale’s Navy” (1997).

Mr. Sheinberg’s survivors include his wife and sons and a sister, Alice Schenk.

In his time as MCA president, Mr. Sheinberg’s competitive streak was never more pronounced than when it came to Disney, and it sometimes revealed a biting sense of humor.

When he opened the first Universal theme park in Orlando, Fla., in 1990 — in a race against Disney, which was building a movie-themed park that is now called Disney’s Hollywood Studios — Mr. Sheinberg and his team incorporated one of Disney’s mouse-ear hats into the “Jaws” ride.

The ears bobbed in the bloody water.