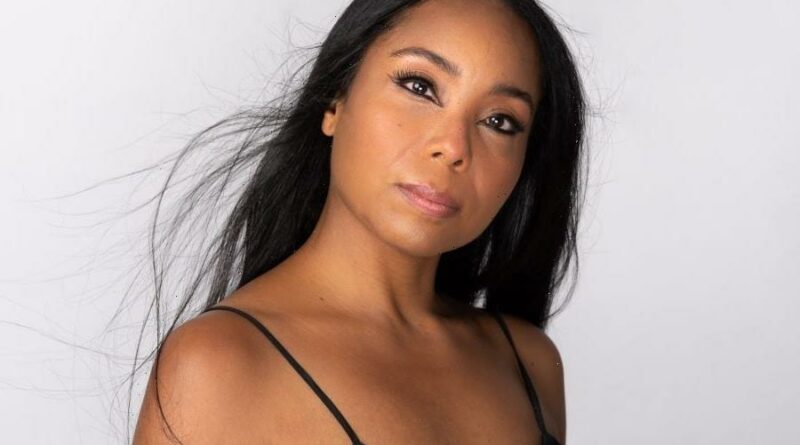 Sidra Bell‘s dance journey started in the home. With a mother who’s a classically trained musician and dancer, Bell witnessed her take classes with the Alvin Ailey Organization and study at the Clark Center. Once she began to express interest in the dance world, her mother enrolled her in one of the local schools in Riverdale. After seeing how serious she was about her crafter, Bell’s mom eventually took her to audition for the Dance Theatre of Harlem’s Saturday morning program. “I started to fall in love with the language of dance right away,” Bell tells ESSENCE. “The language, the form, and the rigor.”

At 14 years old, Bell recognized her need to expand her horizons in the dance world which influenced her decision to audition for the Alvin Ailey School’s fellowship division. After training under the watchful eye of Ailey School’s Denise Jefferson, Bell began her studies at Yale University and founded the institution’s own The Alliance for Dance.

“Dance has just always been a part of the fabric of my life,” Bell explaoned. “When I was at Yale University, that’s when I started to think about leadership and if I could have a company and education and how I could bring dance into the community as a leader.” Hence, the foundation of her non-profit organization Sidra Bell Dance New York in 2001 which is approaching its 20th anniversary in December.

Now, as a renowned choreographer, Bell is crafting her first work for New York City Ballet’s stage, using inspiration from three well-respected composers—Nicholas Britell, Oliver Davis, and Dosia McKay. On the heels of her premiere at the New York City Ballet’s annual Fall Fashion Gala September 30, ESSENCE caught up with Bell to discuss her debut, collaborating with Christopher John Rogers on costume design, and the significance of a full-circle moment at Lincoln Center.

ESSENCE: Congratulations on becoming the first Black female choreographer to be commissioned by the New York City Ballet. How do you feel and how would you say that the visibility for Black women in ballet has evolved over the years?

Sidra Bell: Well, I’m still pinching myself that it’s actually me. There’s the legacy from growing up at the Dance Theater of Harlem and being under the tutelage and the direction of Arthur Mitchell in the school. I was a school-age trainee, but that was the fabric of what I grew up in and looking up to all these amazing Black dancers and, and then at the Elliott school too, working under black leadership. To have this happen to me is bringing all those mentors and teachers with me on the journey. I feel all of their teachings and their hands on me. It’s really the product of all the support that I’ve received and the belief from all those teachers. Even early on, as a choreographer, I received my first commission from Denise Jefferson from the Elliott School. She let me do a piece on the school and that was the first time I got a real commission.

On the other hand, it’s very meaningful for me as an educator, I do a lot of work across the country and internationally working with university students and mentoring. I do a lot of mentorship with young emerging dancers and choreographers. A few of them have said over the years, but especially now, “It means so much to see you in these spaces and to see a Black woman that takes control of her own career and has agency.” To see me now get this opportunity, I know that it means a lot to them. I represent all this next generation and opening doors for them so it’s twofold for me.

You also made a film, pixelation in a wave, because you weren’t able to perform live during the pandemic. You worked with the dancers almost entirely over Zoom on the choreography. How did those challenges impact your mental health and how do you feel being back in the studio with safety protocols in place?

BELL: The digital project with New York City Ballet was a blessing because initially, I thought that everything was going to be postponed so I had prepared myself for that. When Wendy Whelan called me and said, “Do you want to do something that’s site-specific and film?” I was immediately like, yes. I always leaned into this non-traditional visioning of dance because as a maker in New York City, I was always under the condition of adapting. Early on, I didn’t have a lot of funding and the dancers were really working for me for free. We would rehearse in very small spaces and acting studios. I had one rehearsal at the Lincoln Center Plaza because we were trying to sneak into Juilliard, and we couldn’t get in to get space.

What was nice about working on Zoom with the dancers is still working with them intimately. It was just a cast of four and it gave me a little bit of a window into what I’m doing now, which is with the much bigger casts and bigger design ideas. It was really a blessing. In terms of the pandemic, I was working a lot. I felt like in the spectrum of what was going on and all of the challenges, it was a very hard period but I continued to work from home. I have a lot of relationships with the universities and I was doing a lot of mentoring. I was really blessed with the opportunity to teach and also help my students move through this difficult time of translation. I felt really blessed in the way that I was able to continue as an artist and make new work, teach, mentor, just adapting to the digital interface.

You’ve got Nicholas Britell, Oliver Davis, Christopher John Rogers, and more on your team. What appealed to you about each of their work and how did you go about choosing your collaborators for your piece?

BELL: When I saw Christopher John Roger’s work, the joy and optimism were just so apparent, and it was something that I really wanted to do with this work topically, coming out of this challenging time in history where we’re disconnected from each other. I wanted this surge of optimism and joy. When I saw his creations, I was just like, “This is it. This feels very fresh and new and joyful, and the shapes are exaggerated and fun and just a translation.” I think a lot of his work is rooted in his faith and history, which also is my work as well. I feel that my work has really like an homage to my mentors and teachers. I feel his upbringing in Baton Rouge and his family and all that comes through in his work. It just felt like a really good marriage of ideas. I knew I wanted something really theatrical too, and I know that he’s a risk-taker and would lean into bending ideas and was that drama bending in fashion. When we came to the table together, we just had this mood board and it was a lot to choose from and work with. When I think of him, I think of this abundance.

With the composition, I found [Dosia McKay] on this portal called New Music USA, which highlights composers, and I didn’t know of her work. I knew I wanted to bring a female composer forward and as soon as I heard her work, I felt like it had a very painterly feeling to it. It also has this vibrancy and freshness to it. I selected the two of her pieces, which bookend the piece. It starts and it ends with Dosia McKay. Her work has this optimism and breath to it. Most recently I met her on Zoom and she was so honored and surprised to be chosen. She was so happy to be found. She had almost resigned herself to not being discovered by an organization this size. She was so touched to be chosen for this work that it really moved me.

ESSENCE: Your world premiere took place on September 30th at Lincoln Center. What emotions are running through you as you prepare for the premiere and what can the audience expect to see?

BELL: I started working on this project almost two years ago before the pandemic. I was talking to the director of costumes, Michael Kaplan, yesterday and we were like, “We’re actually here at the doorstep of this piece.” It felt so far away for so long. Just this week, I’ve seen the costumes on stage starting to arrive. There’s another layer every day in the technical process leading up to the show. With all of the pieces constructed, there’s so much more to discover and the beauty of live performances that the discovery actually happens when the audience is there and they view the work and you feel that. I feel every day there’s a new question or a new idea that can bring the work to another level.

A lot of what excites me too is that it’s a celebration [with] the Fashion Gala. I have a lot of friends that are flying in from my past and I feel next week is just going to be a lot emotionally and also artistically. As a child, I used to go to shows at Lincoln Center, and it has a lot of historical resonance for me. To see my work on that big stage is going to be very emotional, and I’m trying now to soak it all in as the piece is constructed and the other elements are coming. What I love about a technical week like now is I get to learn a lot and feel all the elements come together. It’s like all your muscles flexing when a show is coming to fruition. It’s an emotional, artistic journey. There’s still a lot of technical work to be done and a lot of coordination. It feels like your whole body is alive when a production is coming to fruition.