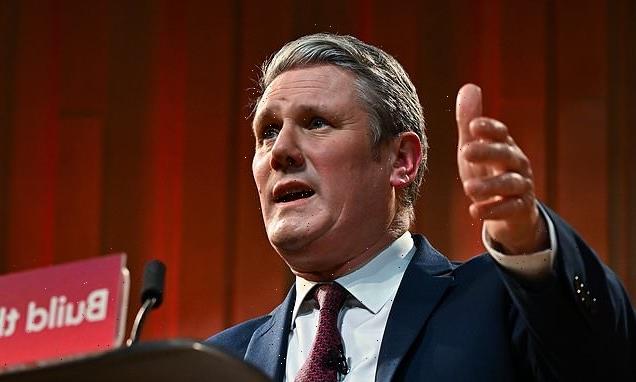 Labour stands shoulder to shoulder with the Government in our support for the Ukrainian people in the face of the barbaric and senseless Russian aggression we have seen unfold over the past ten days.

There is only one person responsible for this bloody and pointless war and that is Vladimir Putin. Putin is a brutal dictator, a thug, and a war criminal.

It’s only right that we pursue the strongest possible economic, cultural, and sporting sanctions to try to influence his intent in the only way he seems to care about: through his wallet and the wallets of the oligarchs who have supported him for the past 20 years.

If we’re honest, there is more the UK and our allies should have done sooner. The limited response to the invasion of Crimea and Donbas in 2014 must have played a part in Putin’s risk analysis of this latest invasion. 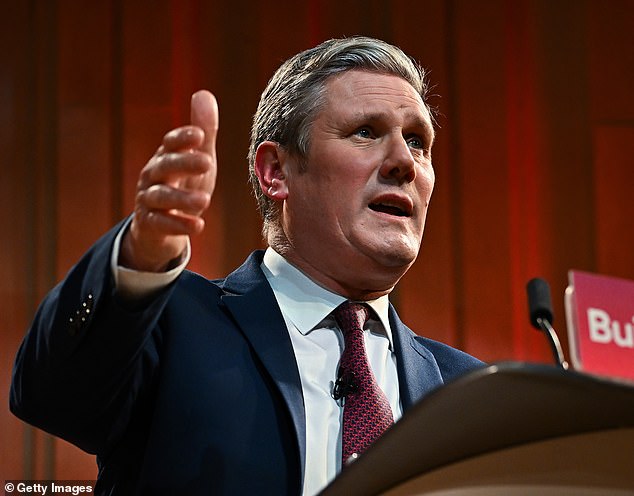 Labour stands shoulder to shoulder with the Government in our support for the Ukrainian people in the face of the barbaric and senseless Russian aggression we have seen unfold over the past ten days, writes Sir Keir Starmer

Labour has been pushing the Government to go further and faster in ensuring London isn’t a laundry for dirty Russian money.

We have been calling for action since before Parliament’s Intelligence and Security Committee published its Russia report in 2020.

We have been campaigning for an Economic Crime Bill to expose companies and properties acting as a haven for stolen money.

We have been calling for an Espionage Act to crackdown on spies.

Just as Labour has supported the deployment of British troops in support of Nato and the sanctions the Government has introduced so far, we’ll also support the legislation on economic crime they are bringing to the Commons on Monday.

But it doesn’t go far enough.

There are two key areas that must be strengthened to truly squeeze Putin and his bandit friends.

Firstly, as it stands it will take months for the measures to come into effect. Initially, the Government was going to give 18 months for oligarchs to quietly sell off their property here without having to register it. After cross-party calls, six months is now on the table. 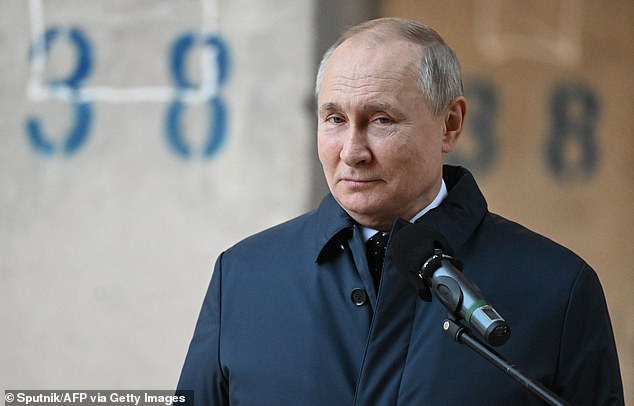 There is only one person responsible for this bloody and pointless war and that is Vladimir Putin. Putin is a brutal dictator, a thug, and a war criminal

That is still too long, which is why Labour has tabled amendments to bring this down to 28 days. We must be united across the House to get this done.

Secondly, we must prevent litigious Russian oligarchs from gagging the UK’s media and buying their way out of sanctions.

One of the ways Putin’s oligarchs have been able to avoid scrutiny for so long has been using lawsuits to intimidate those who challenge them, and to censor and threaten journalists and activists with the burden of enormous legal costs.

Those with the means essentially sue their critics into silence.

Unless cracked down on quickly, these measures will be employed to gag the press, waste court time and hamstring government’s ability to act against them.

It’s wrong to allow oligarchs to buy their way out of sanctions and it stains our national reputation.

I saw first-hand the creeping danger of those with extensive legal and financial resource paying their way out of challenge when I was supporting the so-called McLibel case in the early 1990s.

I provided free legal support to those being pursued, in the name of freedom of speech, and to defend those unable to respond to financially fuelled threats.

That case saw the use of defamation law and a vast disparity of resource suppressing the freedom of challengers to speak out. The law being disproportionately used to stifle the right to challenge is dangerous.

Lawfare, as it is known, is not the way we do things in this country.

Labour will always robustly defend the UK’s free press against the weight of the oligarchs’ financial ability to oppress anyone who gets in their way.

It can be done. In 32 US states, Australia and Canada they allow judges to dismiss lawsuits or cap costs at the outset on grounds of public interest or vexation, before the financial burden escalates.

Labour will put party politics aside to show that freedom of speech is not for sale here, and neither is the avoidance of sanctions.

We have an opportunity to show Putin that his aggression, whether violent and military in Ukraine, or financial and litigious here in the UK, will not triumph over democracy, freedom and peace.

But we need to act fast. Delay will not be forgiven.