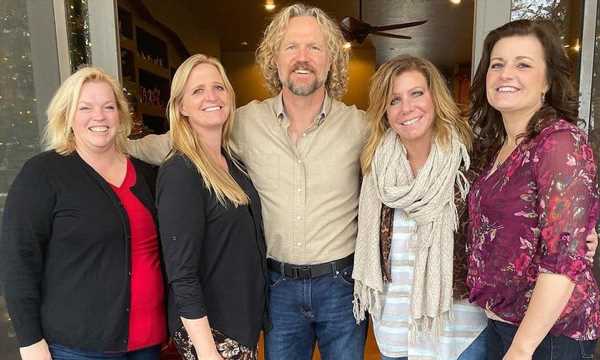 Sister Wives star Christine Brown has confirmed the heartbreaking news that she has split from husband Kody Brown.

Christine, who has been part of Kody’s plural marriage since 1994, shared the news on social media.

“After more than 25 years together, Kody and I have grown apart and I have made the difficult decision to leave,” she said in a statement.

“We will continue to be a strong presence in each other’s lives as we parent our beautiful children and support our wonderful family.

“At this time, we ask for your grace and kindness as we navigate through this stage within our family.”

She also thanked fans for their compassion and understanding.

Christine made the statement on social media

“Christine’s decision to leave comes with a great deal of sadness,” Kody said in his own statement.

“We enjoyed many years together and I have a large amount of respect and admiration for her. Although we are moving forward on different paths, we will always remain committed parents.”

In 1994 Kody was married to Meri Brown, legally, and also spiritually married to Janelle Brown.

In 2010 Robyn joined the family and in 2014 Kody divorcd Meri so he could legally marry Robyn and adopt her children.

The news of the split comes weeks after Christine sold her Arizona home for $700,000. She has long desired to return to Utah, their first home, especially in the months following the state’s decision to lower the regulations on polygamy meaning it is no longer considered a felony.

The family moved from Utah to Arizona

But the wives and Kody said no, and in the latest season of their TLC show Christine could be seen in tears as she admitted COVID-19 made her realize how much they’re “not” a family.

“I don’t think Kody wants to live together again, I think he wants to live separately,” she said. “Why would I want to live on the property with a dysfunctional marriage where right over there he’s got a full-functioning marriage. Who would ever want to live like that?”

When she bought up moving back to Utah the other wives shut the idea down, and she admitted to Meri she “can’t do marriage with Kody anymore,” as she “doesn’t matter” to him.